A woman was arrested for driving 115 mph in a 35 mph speed limit zone, a feat made even more ludicrous by the fact that the woman was driving in snowy and slushy conditions.

The Illinois State Police apprehended and ticketed the woman Sunday night, according to NBC Chicago.

Police posted a statement about the event on Facebook Monday. “If you think we don’t patrol in town, you’re mistaken. And if you think you won’t get in a bad crash in town because the speed limits are low and you’re a good driver, think again,” the Illinois State Police wrote on Facebook. “Just remember there are people like this driving next to you,” the statement finished. 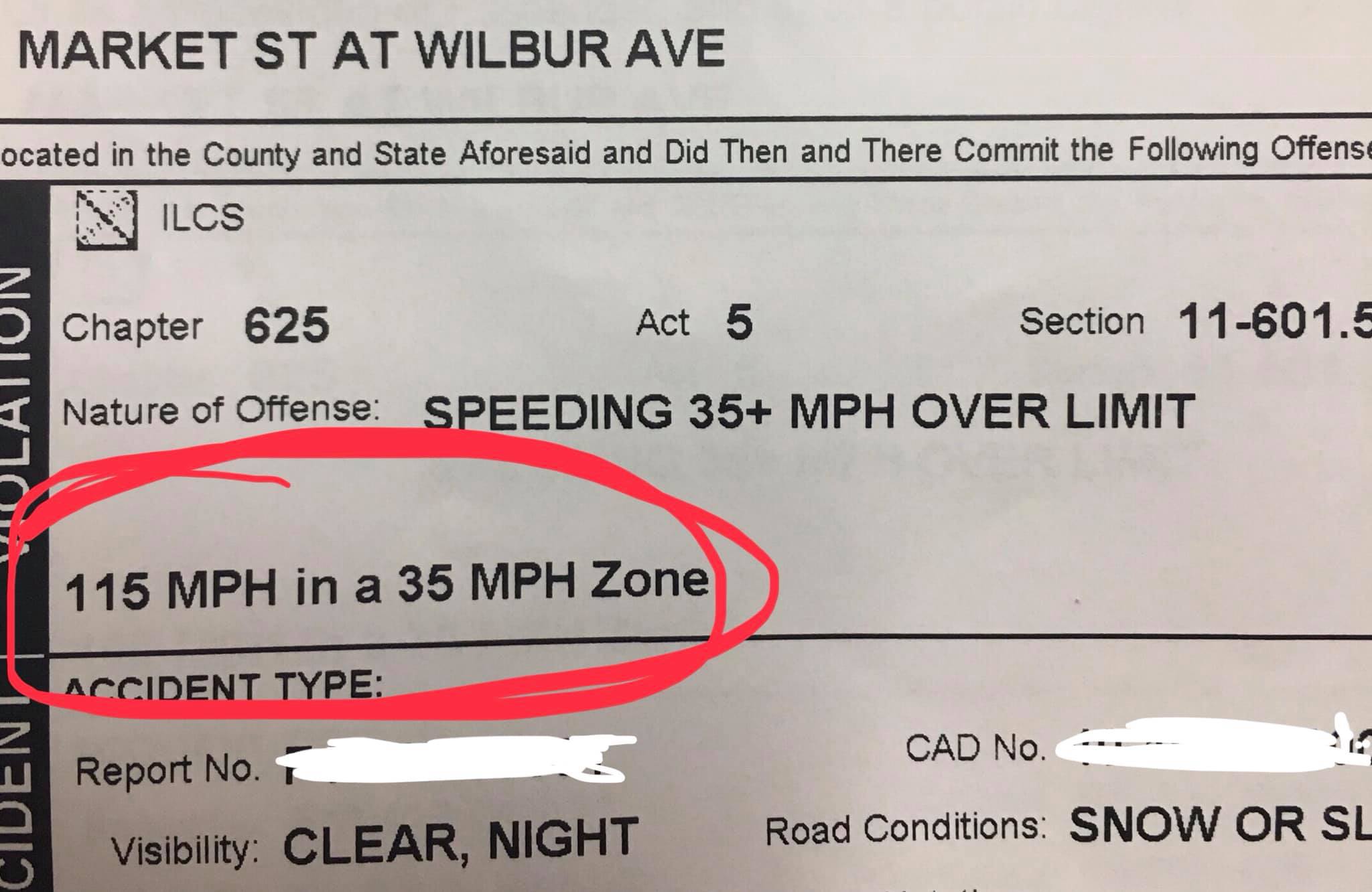 A woman was arrested for driving 115 mph in a 35 mph speed limit zone. Facebook/Illinois State Police

A copy of the woman’s arrest record shows she was driving 80 mph over the speed limit in snow and slush.

The woman was arrested and taken to jail, according to CNN. She has not been identified.