Florida Republican Rep. Francis Rooney received a yellow vest on Tuesday, which is meant to be a mockery of his support for taxing carbon emissions.

The American Energy Alliance, a free-market energy organization, sent Rooney a yellow vest after the Florida lawmaker signed onto carbon tax legislation. The bill, which was introduced in the House of Representatives earlier in January, calls for a $15-per-ton carbon fee on fossil fuel producers, importers and processors, with the fee increasing by $10 every year.

Rooney still stands as the only Republican co-sponsor of the bill.

The yellow vest is a reference to the ongoing chaos that has rocked France since mid-November. After the French government proposed a carbon tax plan, part of President Emmanuel Macron’s climate change agenda, thousands of yellow vest-wearing protesters have taken to the streets of Paris and rioted, with some clashes becoming deadly. The protesters, already burdened with expensive gasoline prices, argue the country’s leaders are out of touch with the average citizen.

Despite scrapping the fuel tax proposal, the riots have continued to engulf the French capital.

“In solidarity with our French brethren who have protested expensive climate policies, we at the American Energy Alliance have enclosed in this package a yellow vest to object to your sponsorship of a destructive carbon tax, the inaptly named ‘Energy Innovation and Carbon Dividend Act,’ that will raise energy costs on American families and put the U.S. in a weaker financial state,” AEA wrote to Rooney. 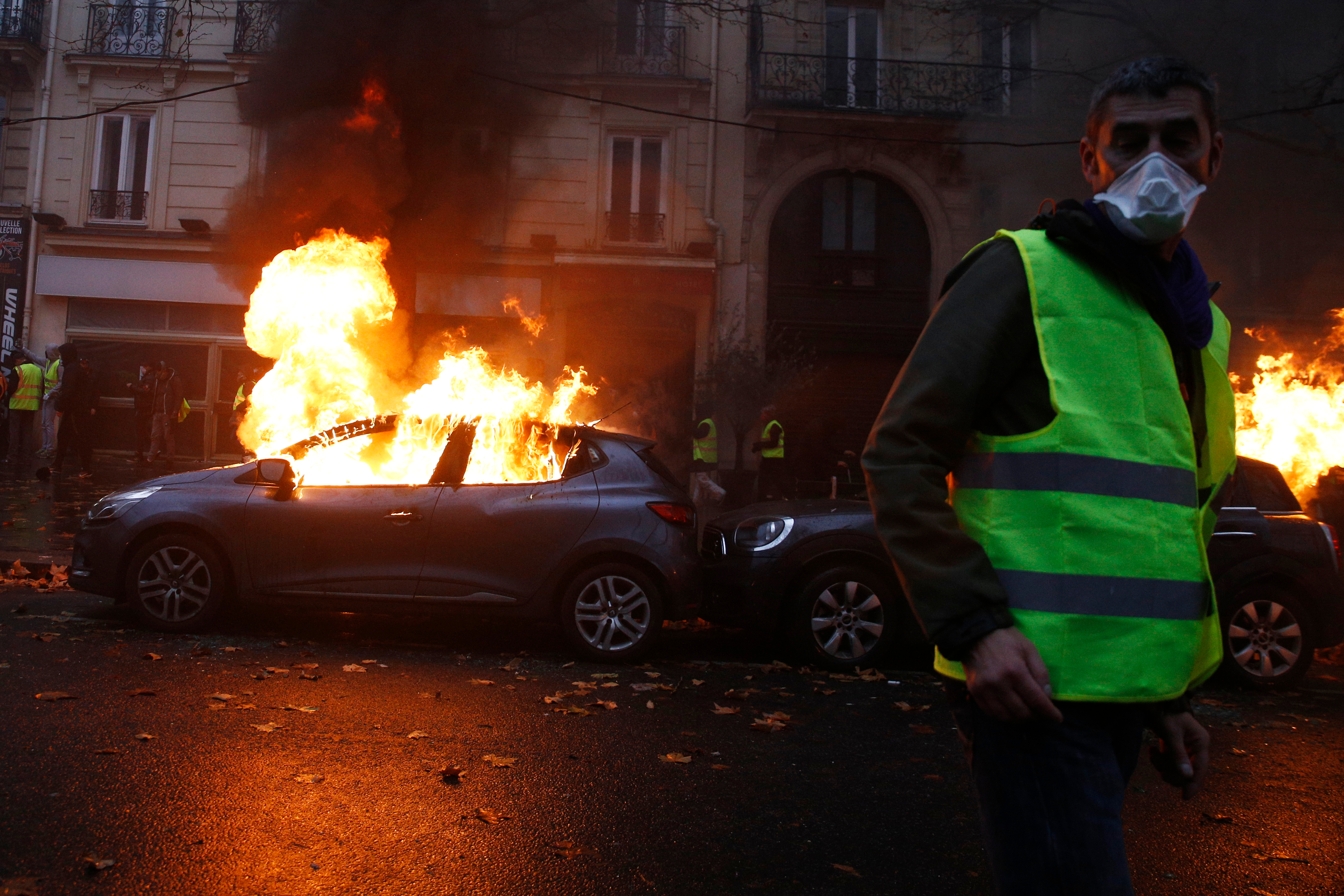 Demonstrators light a car on fire during a protest of the yellow jackets. Shutterstock

Rooney touts extensive work on climate change issues in Congress, despite representing a heavily Republican district in south Florida. The lawmaker previously cosponsored the same bill last session and he was recently named co-chair of the Climate Solutions Caucus, a bi-partisan group of House lawmakers focused on environmental legislation.

“A carbon tax like the one you introduced would not only inflict harm on consumers and the broader U.S. economy, it would foist additional burdens on state and local governments, all while failing to make any meaningful dent in the total emissions profile worldwide,” AEA continued its letter to Rooney.