Asked why he believed that Brady, Kraft and Belichick have made so many appearances in the Super Bowl in recent years, the president riffed, “So, it’s talent, it’s chemistry — they have a great chemistry with each other — I mean, I like all three of them, as you know, I’m a very good friend with them. Coach Belichick endorsed me, you remember that?”

Trump continued, “Belichick is so tough and Kraft is a great guy. The three of them they just have — how good was Brady, I mean, the last game? Not the last game, the last two games. Brady plays better under pressure than he does in a regular game. I mean, that last two minutes, the way he was throwing the ball down the field — they were bullets.” (RELATED: Trump Is Recruiting The Patriots’ Bill Belichick For His Sports Counsel) 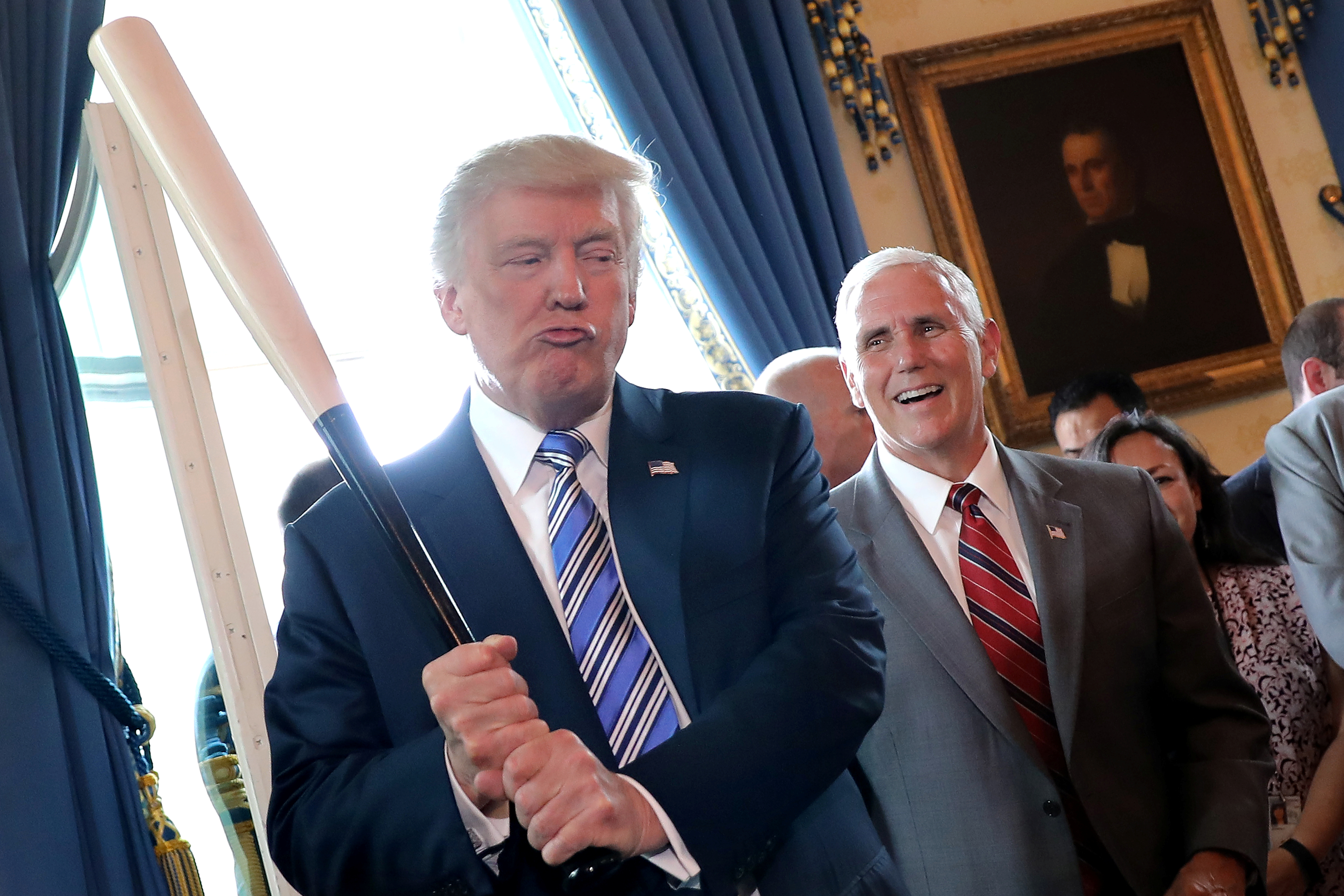 “And I’ve seen how hard that ball comes at you, those guys were doing a great job. They were catching that, you know? That ball is whipped,” he continued.

Trump noted that Goodell called him to thank him for including a Super Bowl provision in a new trade agreement with Canada, saying, “Commissioner Goodell called me and he thanked me, you know, they were working on that thing for years. It was having to do with the advertisements for the Super Bowl, it was a long-term problem and I got it solved.”

Asked explicitly whether he thought Goodell should be dismissed, Trump noted, “I was very pleased that he called me to thank me for helping him with Canada and, yeah, it looks good. And their games have really been good, other than one call.” (RELATED: Liberals Make The Super Bowl About Trump)

The president referenced a controversial call made by referees in a recent game between the New Orleans Saints and the Los Angeles Rams. “I feel badly, it was a great state that voted for me, Louisiana. I feel very badly for Louisiana because that was maybe the worst call I’ve ever seen, but I guess there’s nothing they can do about that. And you might say it, I feel badly for Louisiana.”