President Donald Trump cast doubt on speculation that he may be willing to offer up concessions on the DACA program in exchange for border wall funding in his ongoing dispute with Congress, in an exclusive Oval Office interview with The Daily Caller.

“I could see myself doing something for DACA but I want to find out what the Supreme Court is going to do first,” Trump said, noting that “it’s highly unlikely” that he would be willing to discuss the program during current negotiations over funding for a border wall. (RELATED: Tucker Dedicates Segment To Walls Around The Homes Of Trump’s Biggest Critic)

Trump also responded to Senate Minority Leader Chuck Schumer’s suggestion that Democrats did not want The White House involved in the three-week negotiations on Capitol Hill, saying, “I don’t blame him,” but noted that “without our involvement, a deal is not going to get done.” 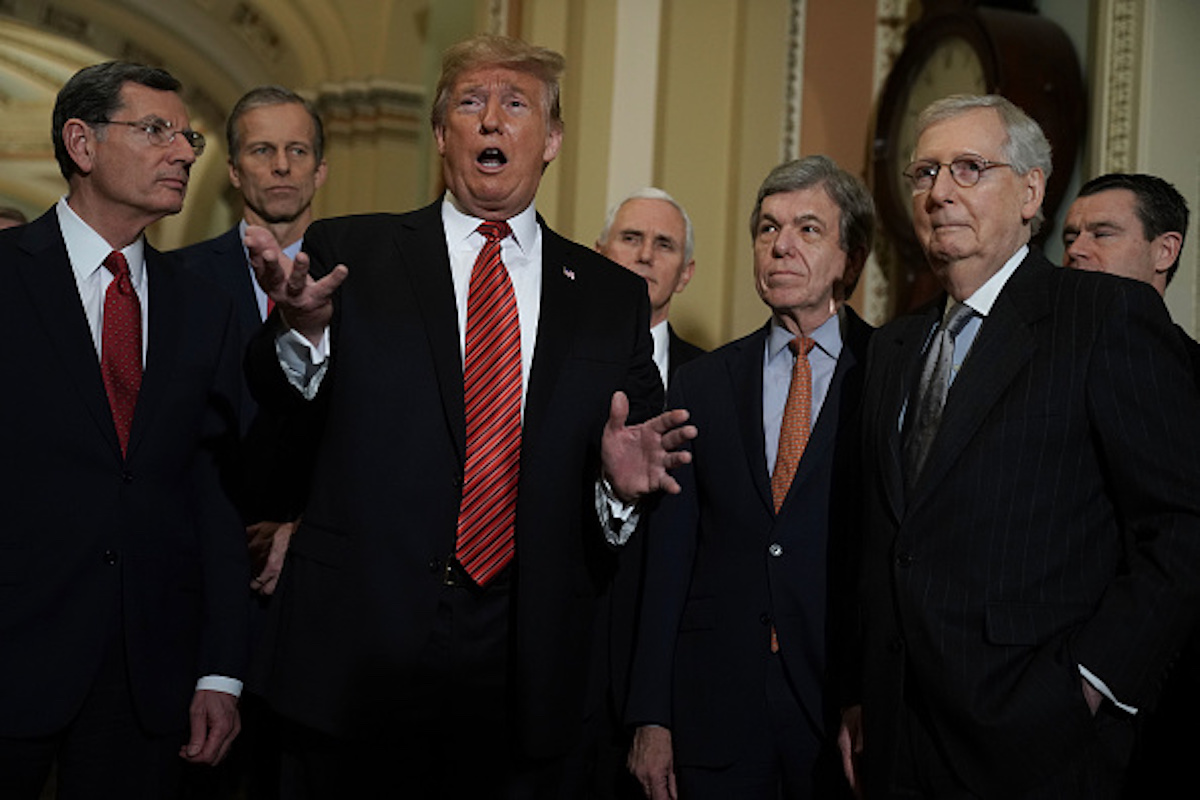 Trump said last week he would allow the government to reopen for three weeks while a bi-partisan committee tried to forge a solution to his demand, saying that if they could not come to a solution, he would declare a national emergency and build the wall with military funds. The president maintains his demand for $5.7 billion dollars in border wall funding. (RELATED: Democrats Breaking With Leadership To Support Border Wall Funding)

Prior to reopening the government, Trump offered Democratic lawmakers a deal that would extend DACA and TPS protections to three years in exchange for border wall funding. The compromise deal was rejected in the U.S. Senate before Trump eventually reopened the government.