New York Democratic Gov. Andrew Cuomo made a series of gaffes during a press conference Wednesday and claimed a “new reality” is bringing about weather the state has never before experienced, including hurricanes and massive snowfall.

That’s false. Cuomo’s claims that New York never experienced massive storms and snowfall before this “new reality” — referring to global warming — contradict historical data that are readily available to the public, even governors.

“We are getting more and more storms with a higher level of frequency. That is not a political statement. That is a fact,” Cuomo said at a press conference Wednesday to discuss the state’s response to severe winter weather.

By superstorm, Cuomo is likely referring to Superstorm Sandy that hit in 2012. Sandy was indeed a powerful storm, but it was by no means the first or most powerful to strike the Empire State. 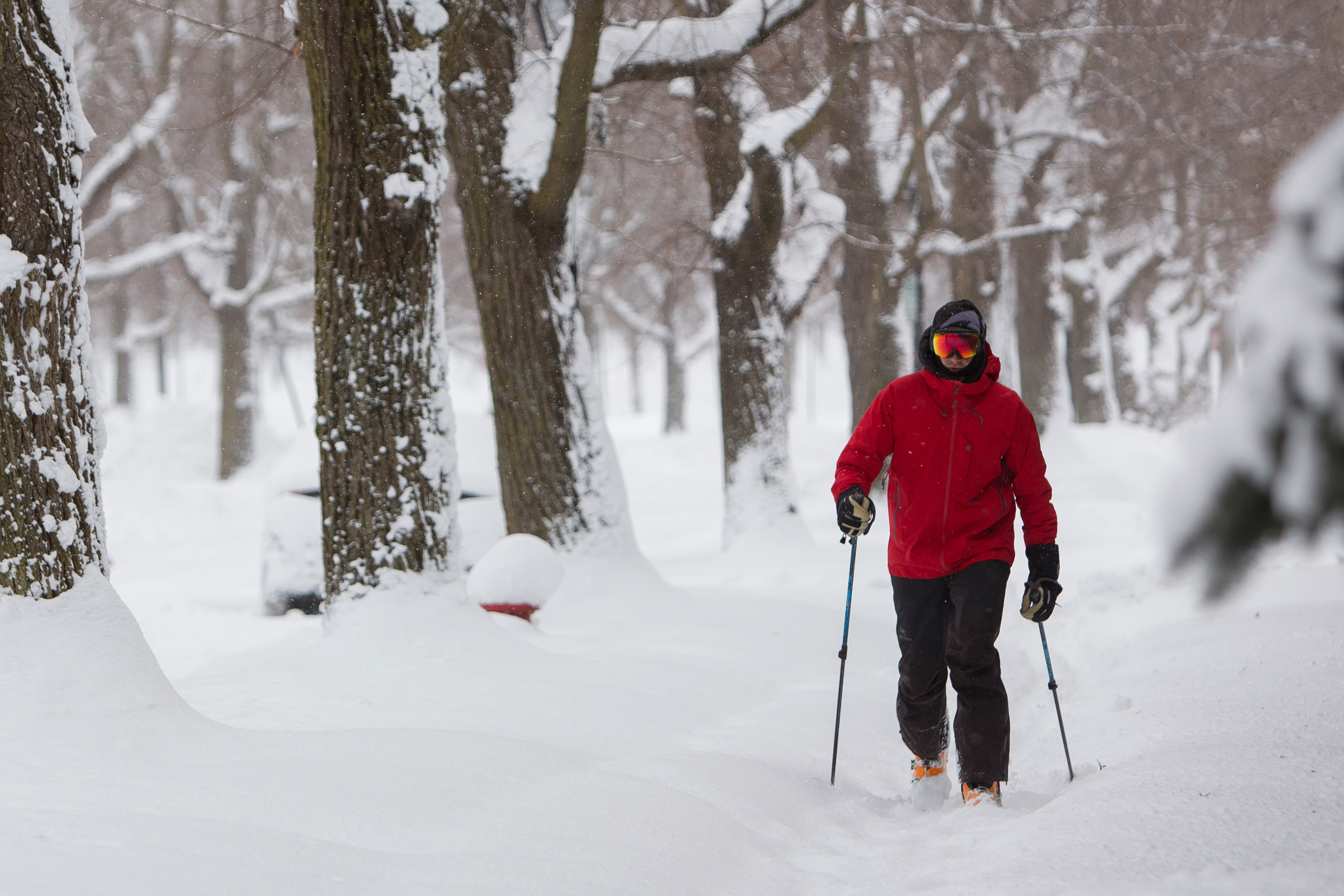 New York has experienced dozens of hurricanes in the past 200 years, and there are even records of major storm strikes before 1800. (RELATED: Natural Gas Shortage Hits Midwest Amid ‘Polar Vortex,’ Forces GM To Shutter 13 Plants)

In fact, the deadliest storm to hit New York was the Great New England Hurricane of 1938, which is estimated to have killed 256 people. That storm made landfall in Long Island as a Category 3 hurricane based on the Saffir-Simpson scale measuring wind speed.

Going back even further, a major hurricane — Category 3 or higher — hit Manhattan in 1821 and raised sea levels 13 feet in an hour, according to The New Yorker. Geologist Nicholas Coch said, “The only thing that saved the city” was that the storm struck at low tide.

New York is currently facing subzero temperatures as a “polar vortex” pushes Arctic air across the Midwest and East Coast. The National Weather Service warned of “dangerous wind chills” and snow squalls in the western part of the state.

“We did not have 7 feet of snow in Buffalo,” Cuomo added. “That didn’t happen. We had snow, but not 7 feet of snow. So this is a totally different situation, and we have calibrated and retooled.” 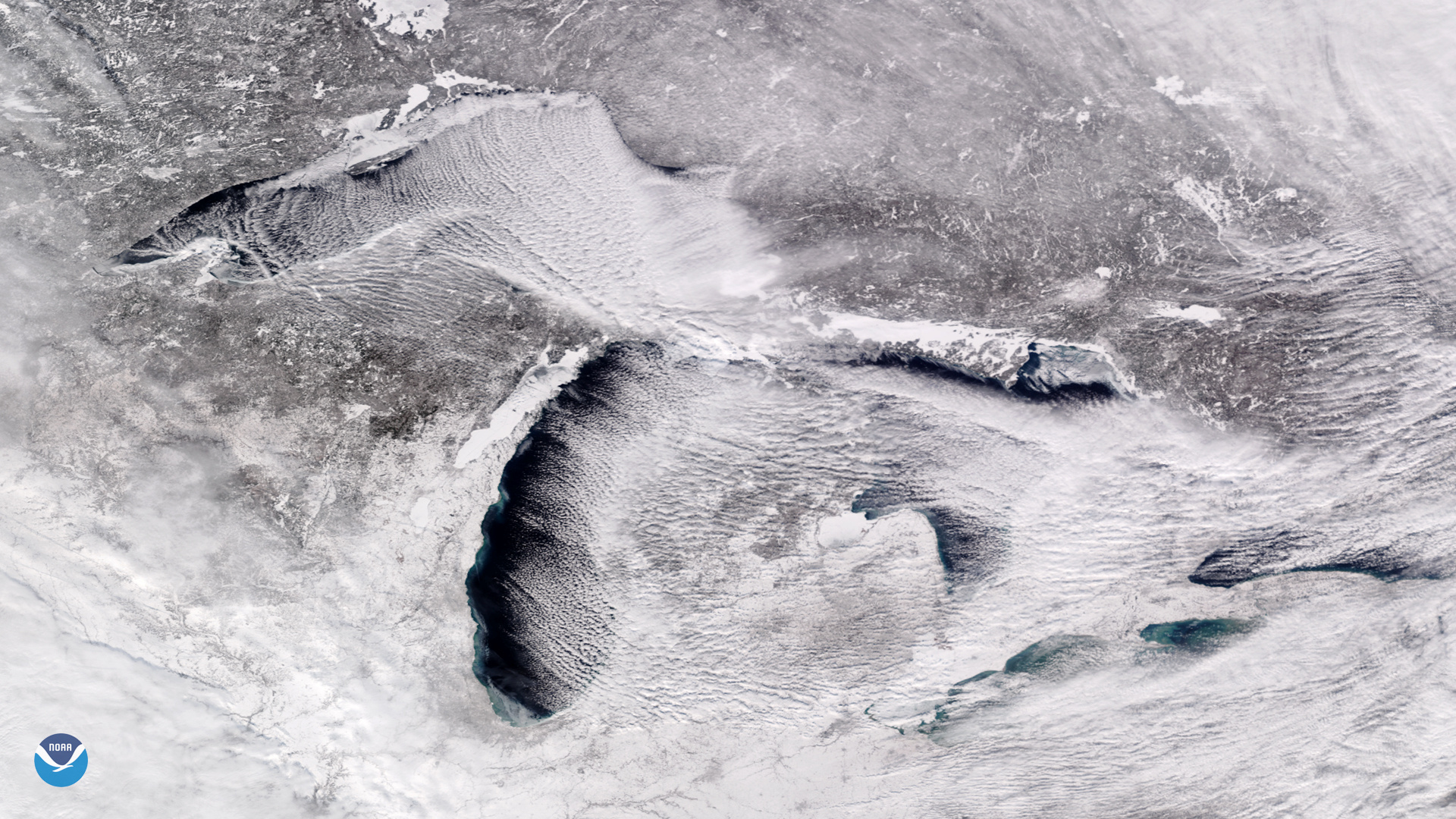 An image from the NOAA-20 Satellite above the Great Lakes located between the United States and Canada is seen on Jan. 27, 2019. Courtesy NOAA/Handout via REUTERS

That’s also false. While this winter has been snowy in Buffalo, that’s nothing new. The city has broken multiple daily snowfall records this season and is within 6 inches of breaking the snowfall record for January — that honor is currently held by January 1977 with 68.3 inches.

Buffalo sits on the Lake Erie shore and just south of Lake Ontario, meaning it gets a “lake effect” that generates massive amounts of snowfall over a short period of time as cold air moves across warmer water.

Indeed, Buffalo got nearly a year’s worth of snow during one week in November 2014. That was an outlier year when compared to the last decade, and there are plenty of years in the historical record where Buffalo got 7 feet or more of snow.

In fact, Buffalo’s annual average snowfall is about 94 inches — 7.8 feet.

Cuomo also went after utilities for not doing enough to be prepared for extreme weather, including snowstorms.

“I see 100-year storms five times a year now,” Cuomo said, explaining why, in his mind, utilities have no excuse for not being prepared. “It’s just a different reality, so adjust to it.”