Democratic New Jersey Sen. Cory Booker is gearing up to announce his intentions to seek the Democratic nomination for the presidency in 2020, according to a report from The Hill.

Booker began corresponding with D.C. lawmakers Thursday to notify his colleagues of his impending presidential bid and requesting their ongoing support.

“Yes, he is reaching out to members for their support,” a former Democratic aide told The Hill, who also noted Booker’s plan is to make the announcement sometime in February to coincide with Black History Month.

Booker reportedly reached out to senior members of the Congressional Black Caucus (CBC), an influential delegation that might prove important to obtain the African-American vote.

“He’s making calls. He left me a voice message — I have to call him back,” Democratic Rep. Frederica Wilson of Florida, a fellow CBC member, told the Hill. (RELATED: Kamala Harris Is Running For President In 2020)

In addition to Booker, Democratic California Sen. Kamala Harris is the only other member of the CBC in the Senate. Harris announced on Martin Luther King Jr. Day she is also running for president in 2020.

Both Booker and Harris have been aggressively vying for the CBC’s support as they launch their presidential campaigns, reported Politico. 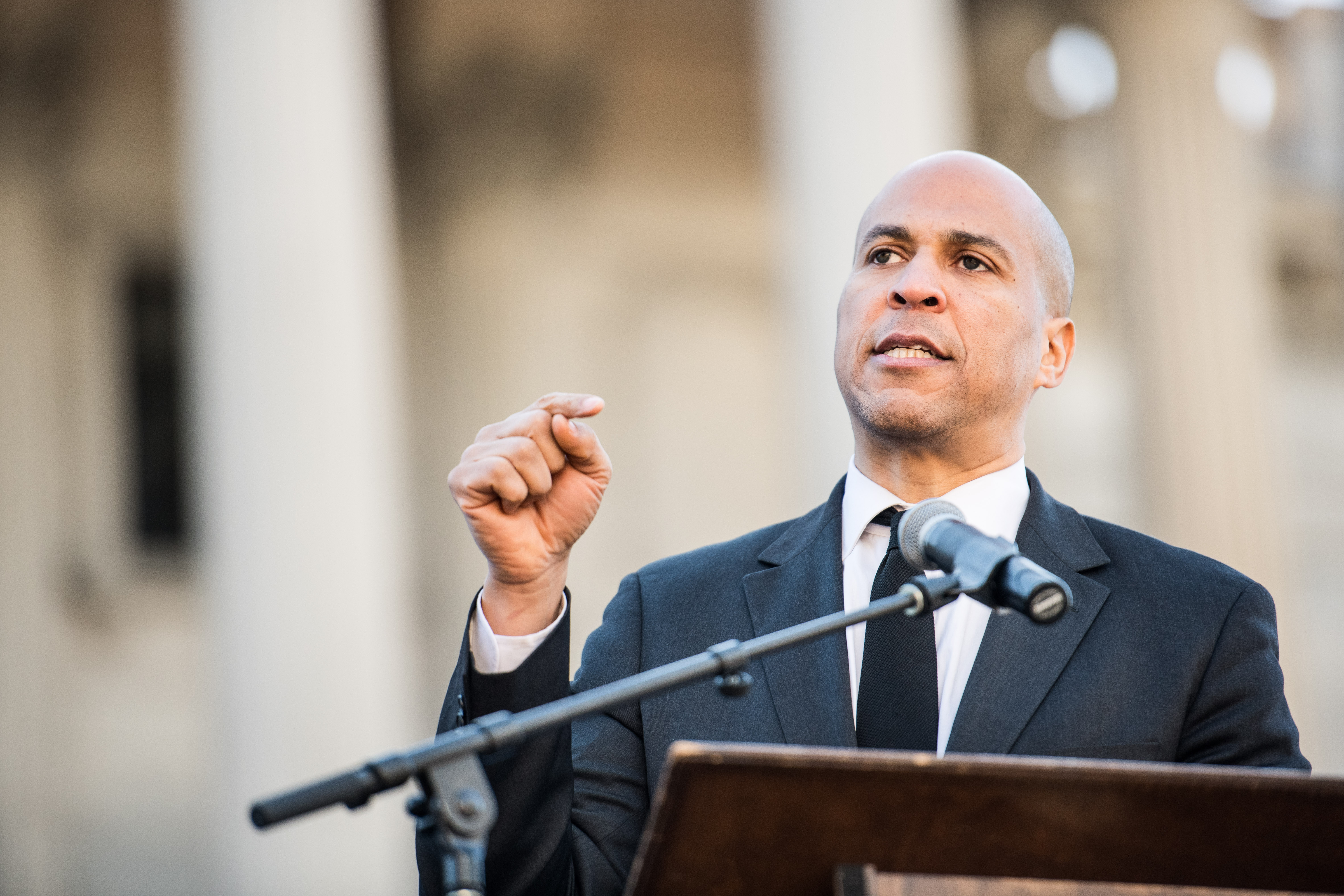 Amid speculation of Booker’s presidential aspirations, the New Jersey senator revealed in December 2018 he would make a decision on whether or not to launch a 2020 presidential run over the holiday season.

Democratic New Jersey Gov. Phil Murphy signed legislation into law in November 2018 allowing Booker to re-run for his U.S. Senate seat when his term expires in 2020 while at the same time seeking the presidency.