The European Parliament voted Thursday to recognize the Venezuelan opposition leader as the country’s legitimate interim president, following in the steps of the U.S., Canada and several Latin American countries.

European Union lawmakers voted 439-104, with 88 abstentions, to officially recognize Maduro’s opponent as “the only legitimate interim president,” Reuters reported, a move that comes just over a week after U.S. President Donald Trump decided to do the same.

“The people of Venezuela have courageously spoken out against Maduro and his regime and demanded freedom and the rule of law,” Trump said in a statement. “I will continue to use the full weight of United States economic and diplomatic power to press for the restoration of Venezuelan democracy.”

The EU was slower than the U.S. to recognize Guaido, according to Reuters, as they weighed the consequences of setting a precedent regarding similar or future self-declarations.

“The leaders of Europe are sycophants, kneeling behind the policies of Donald Trump,” Maduro said Saturday, according to the report.

Maduro retaliated against Trump’s endorsement by announcing plans to close the U.S. embassy and consulates, severing diplomatic relations with the U.S. and expelling U.S. diplomatic personnel from the country. (RELATED: Venezuela’s Maduro Closing US Embassy, Consulates After Cutting Ties With US) 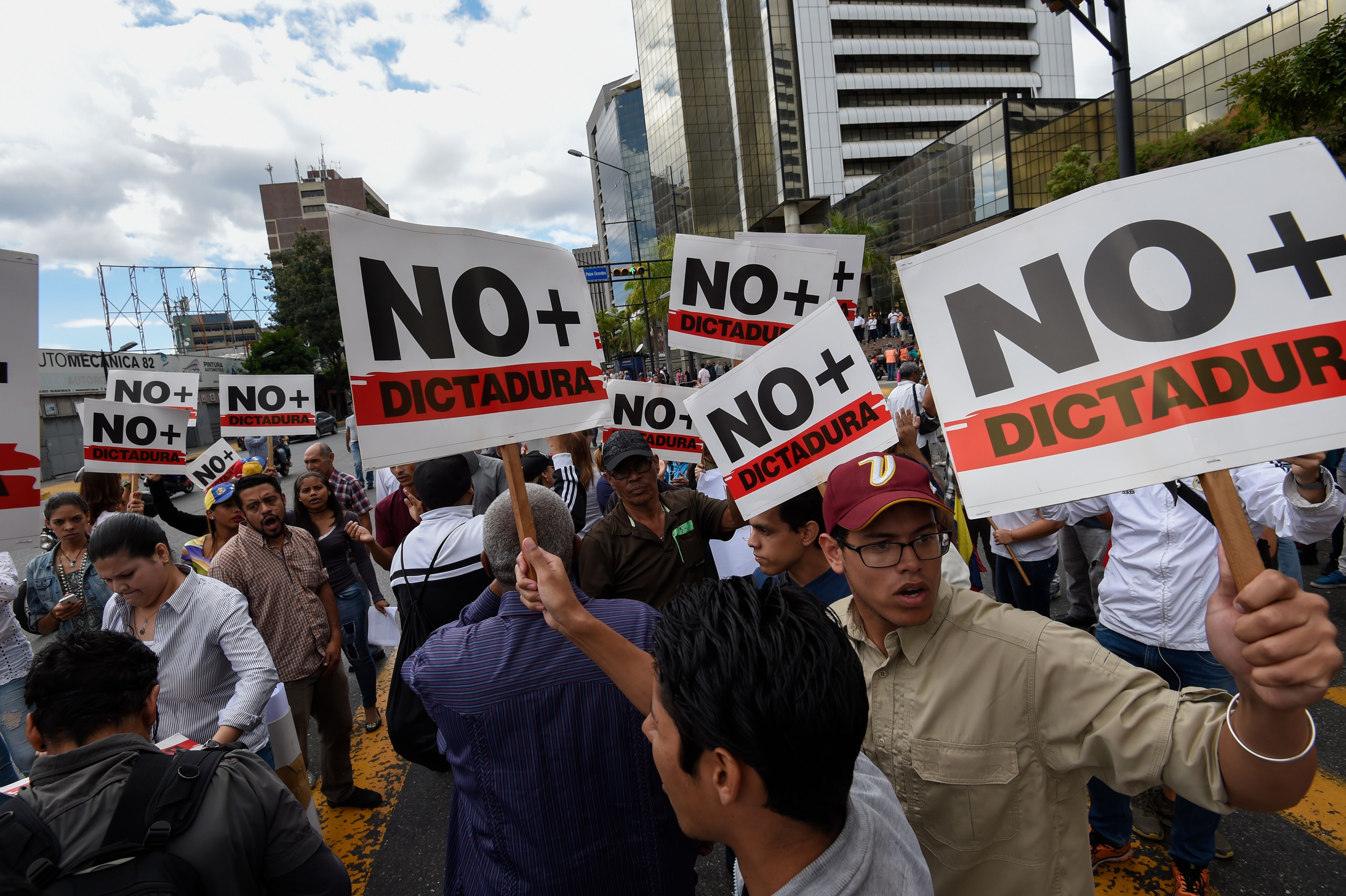 Maduro sent a “message to the people of the United States” in a Facebook video posted Wednesday, asking for support in rejecting Trump’s interference and his attempt “to turn my Homeland into a ‘Vietnam War’ in Latin America.”

Guaido reportedly thanked Trump for “the United States’ commitment to freedom and prosperity in Venezuela and the region.” 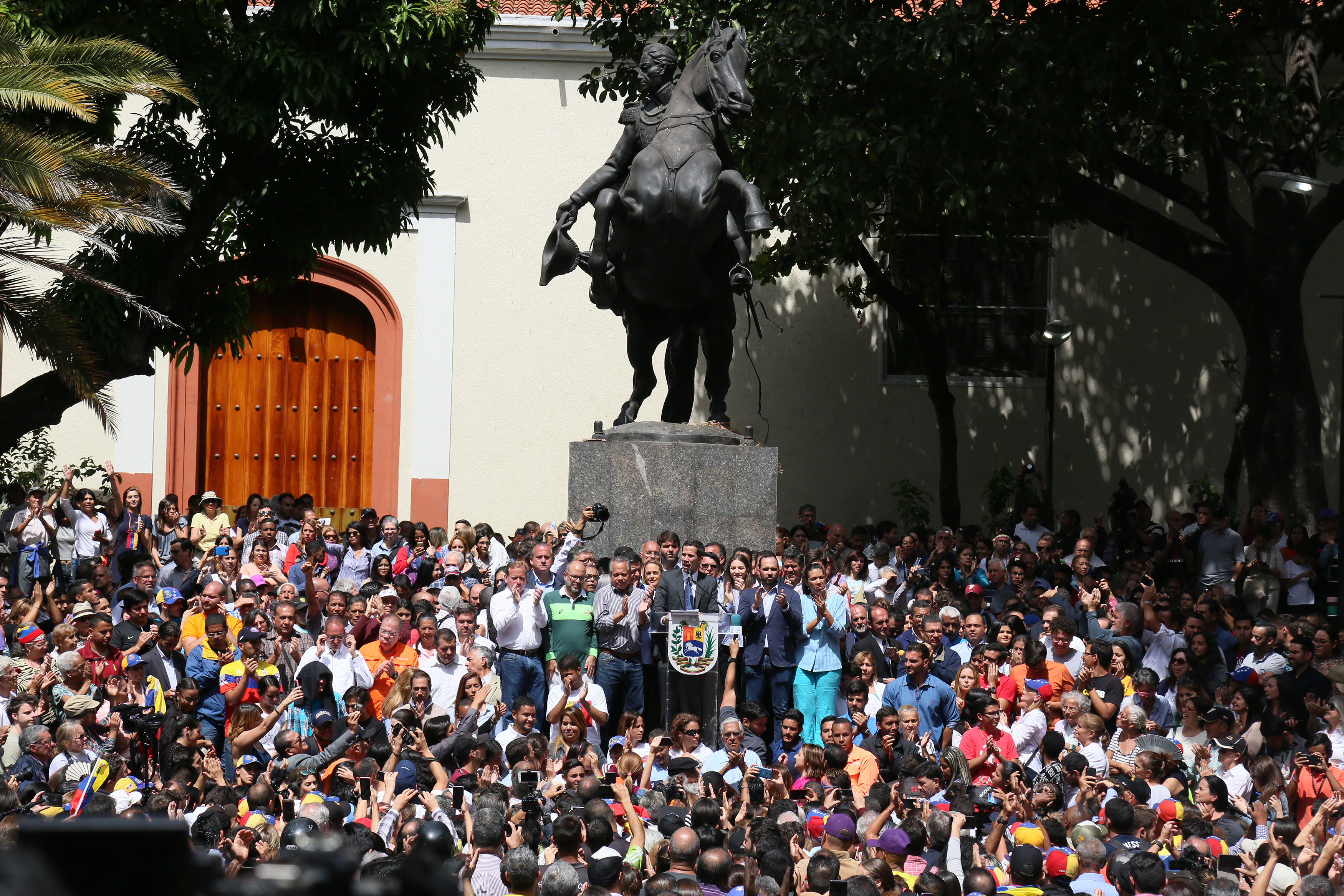 Juan Guaidó, who has appointed himself interim president speaks during a meeting with deputies, media and supporters organized by the National Assembly at Plaza Bolivar of Chacao on January 25, 2019 in Caracas, Venezuela. (Photo by Edilzon Gamez/Getty Images)

The U.S. slapped sanctions on Venezuela’s state-owned oil monopoly PDVSA Monday in an effort to convince the socialist dictator Maduro to step down, and Trump warned Americans against traveling to the country “until further notice.”