Meghan Markle and Prince Harry reportedly are planning to move out of Kensington Palace in March, ahead of the birth of their first child.

News broke late last year that the royal newlyweds were moving out of Nottingham Cottage on the grounds of Kensington Palace where Kate Middleton, Prince William and their three children reside for Frogmore Cottage at Windsor Castle.

Earlier reports made no mention of how soon the couple planned to move, but an insider told ITV Thursday that its happening very soon so that they can get settled before their child arrives, something that she’s dropped several hints about. (RELATED: Celebrate Prince William’s Birthday With Unforgettable Shots Of Kate Middleton [SLIDESHOW]) 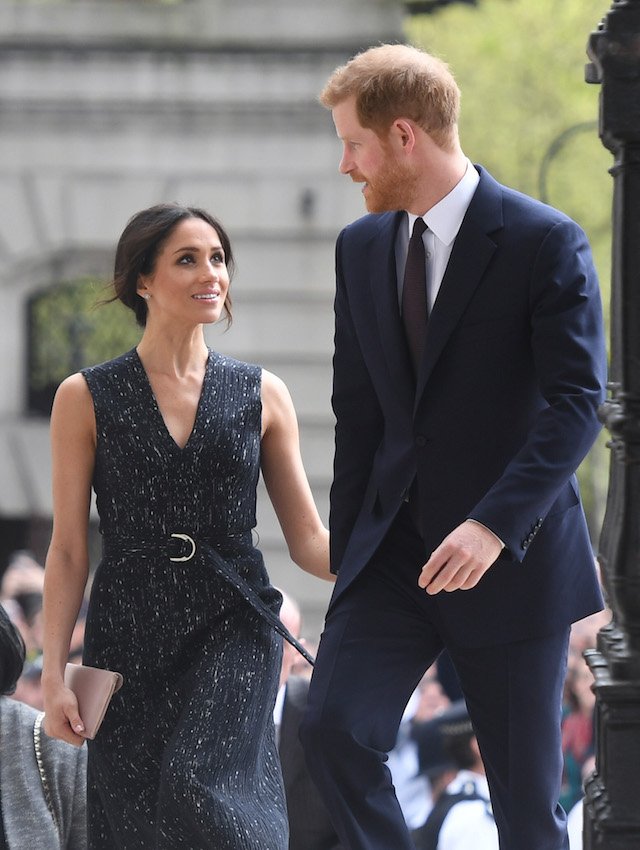 Prince Harry and Meghan Markle arrive at a memorial service at St Martin-in-the-Fields in Trafalgar Square to commemorate the 25th anniversary of the murder of Stephen Lawrence on April 23, 2018 in London, England. (Photo by Victoria Jones WPA Pool/Getty Images)

Plans are reportedly already underway to make the cottage more secure for the soon-to-be royal family with an alleged huge bill for their protection.

“The costs of building and security arrangements could balloon to £5 million in the first year,” former royal protection officer Ken Wharfe shared,” per the Mirror UK.

“There is no protection at Frogmore, there is no one living there,” he added. “There are costs of at least two or three private protection officers and to make sure the estate is policed adequately by Thames Valley Police.”

Wharfe continued, “There will have to be major reviews of the security surrounding that property, exposed on virtually every side.

Initial reports about the move only seemed to fuel rumors about an alleged feud between Markle and Middleton, something that has since reportedly been squashed.