New York’s winter storm unleashed such a torrent of snow that one town took its snow plows off the roads over safety concerns.

Department of Public Works Superintendent Patrick Keenan said Thursday that the city of Watertown pulled nine snowplows off the roads at 4:30 p.m., according to 7News. The barrage of snowfall created conditions of zero visibility, making it too dangerous for drivers to operate.

Authorities in Jefferson County, where Watertown is located, declared a state of emergency for the country due to blizzard conditions. (RELATED: ‘Polar Vortex’ Will Have 90 Percent Of US Below Freezing) 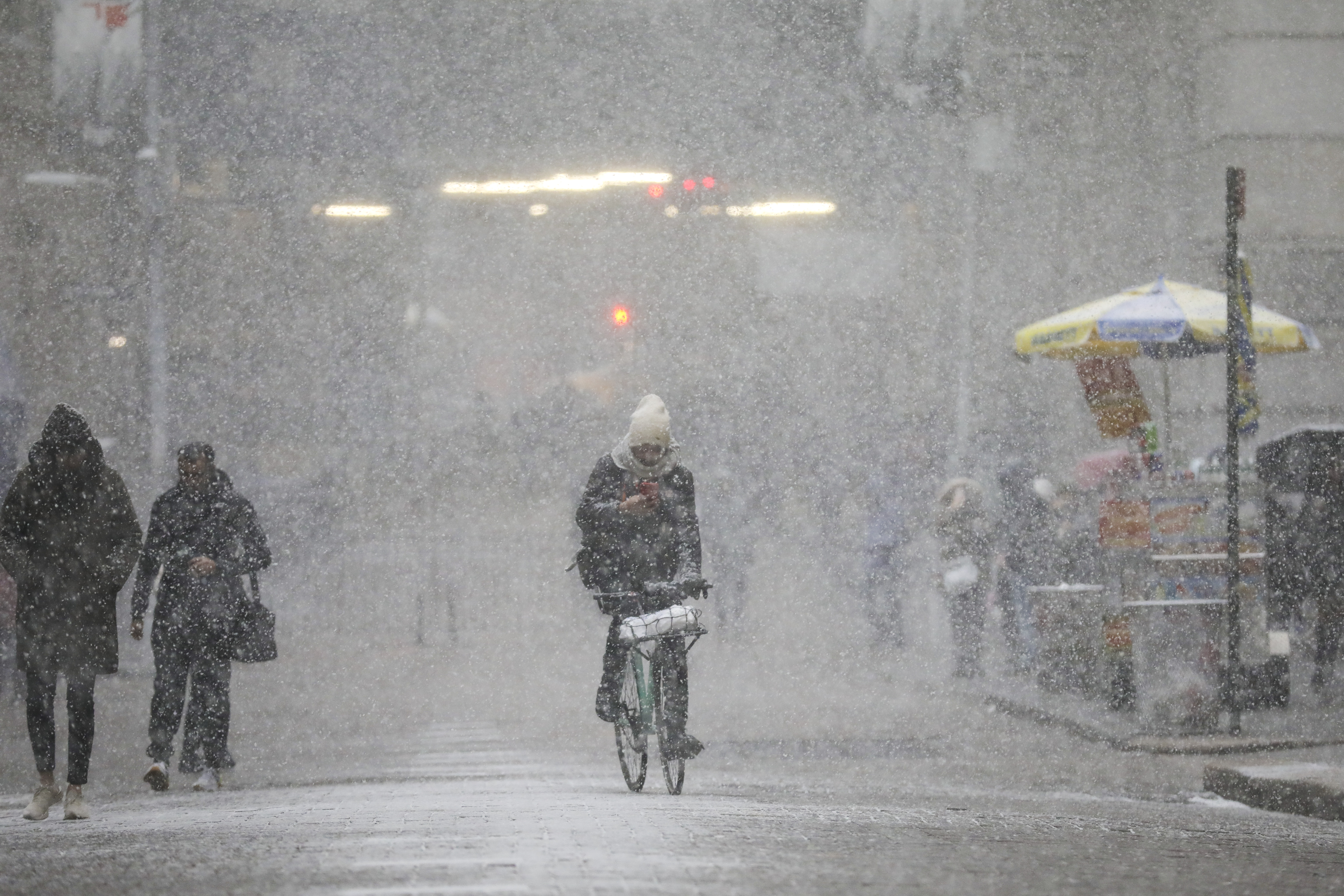 NEW YORK, NY – JANUARY 30: A cyclist rides through the falling snow in the Financial District, January 30, 2019 in New York City. The frigid air from the polar vortex in the Midwest will expand into the New York over the next few days. (Photo by Drew Angerer/Getty Images)

“Currently many roadways in Jefferson County are impassable due to snow and numerous accidents are making the roads impassable for vehicles and snowplows,” Tpr. Jack Keller of the New York State Police told CNYCentral.

The Jefferson County Sheriff also issued a “STRICT NO UNNECESSARY TRAVEL Advisory,” urging all but emergency personnel to stay off the roads.

The county’s winter storm warning will remain in effect until Friday morning at 7 a.m.