An image in the Democratic Virginia Gov. Ralph Northam’s medical school yearbook features a man dressed in blackface and one in a Ku Klux Klan robe and hood.

The image shows Northam’s senior yearbook page with images of the future Democratic governor in a suit, by a car, in a cowboy hat and another with two men — one in blackface and another in a white KKK outfit. It is unclear who is wearing the offensive, racist costumes. 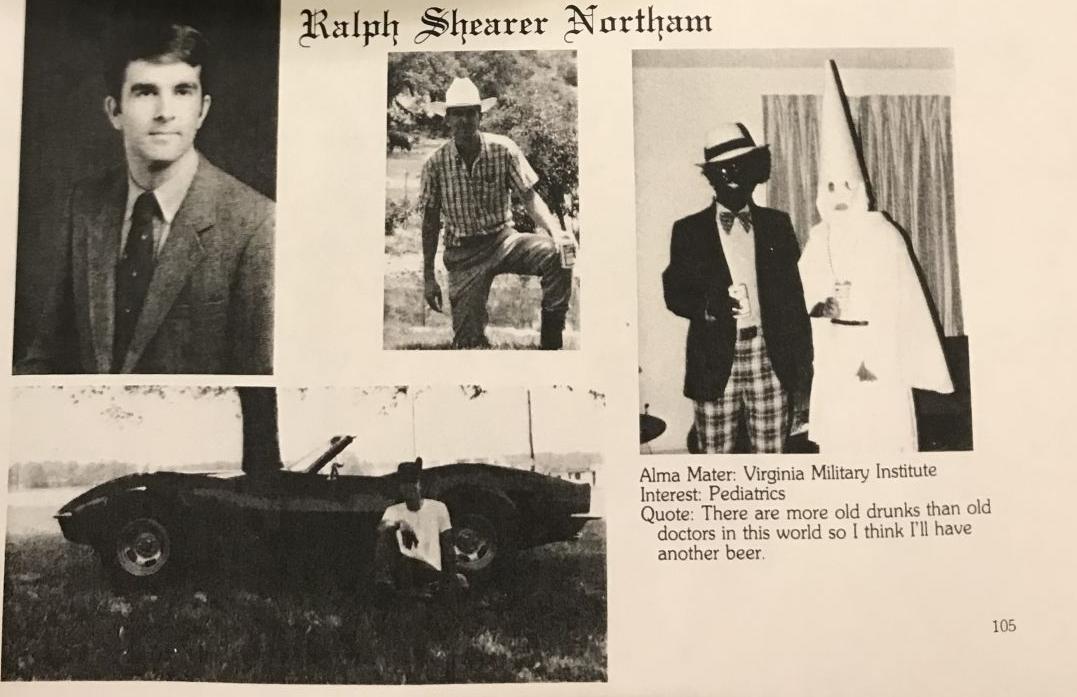 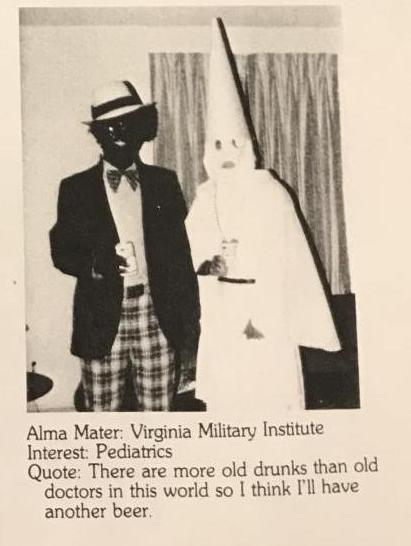 The Virginian-Pilot obtained a copy of the yearbook from Eastern Virginia Medical School library. A spokesperson for Eastern Virginia Medical School library confirmed that the photo is indeed real but distanced his institution from the racist image. The spokesperson stressed that the yearbook is a student activity and that EVMS seeks to create an “inclusive environment.” When pressed for more information the spokesperson told The Daily Caller that they could not comment further.

The governor’s office has not responded to The Caller’s requests for comment.

The quote on the Democratic governor’s yearbook page says, “There are more old drunks than old doctors in this world so I think I’ll have another beer.” Both figures in the racist image seem to be holding cans of beer.

Northam was launched into the national spotlight for advocating extremist abortion policies that have been construed as supporting infanticide.