Democratic Virginia Gov. Ralph Northam apologized Friday for a 1984 yearbook photo that either showed him dressed as a member of the Ku Klux Klan or wearing blackface.

The photo, which was first published by Big League Politics, appears in Northam’s senior yearbook at Eastern Virginia Medical School and shows two figures dressed in blackface and KKK robes. The Daily Caller confirmed the existence of the photo with EVMS, who said that the annual yearbook is a student-run activity. (RELATED: Yearbook Page Of Democratic Gov. Northam Features KKK, Blackface)

Northam confirmed that he was one of the persons pictured in the photo in a Friday statement, but did not say whether he was wearing the blackface or the KKK outfit. He also said he was “deeply sorry” for the photo, but contended it does not represent who he is today.

“I am deeply sorry for the decision I made to appear as I did in this photo and for the hurt that decision caused then and now. This behavior is not in keeping with who I am today and the values I have fought for throughout my career in the military, in medicine, and in public service. But I want to be clear, I understand how this decision shakes Virginians’ faith in that commitment.”

Northam’s statement did not indicate that he has any intentions of resigning.

“I recognize that it will take time and serious effort to heal the damage this conduct has caused. I am ready to do that important work. The first step is to offer my sincerest apology and to state my absolute commitment to living up to the expectations Virginians set for me when they elected me to be their Governor.”

A spokesperson for Eastern Virginia Medical School told the Caller that the school would not comment on a “photo of one of its medical students from 35 years ago,” but stressed that the school seeks to create an “inclusive environment.”

The Caller initially attempted to verify the existence of the yearbook page by speaking to school librarians on the phone. However, the library later informed the Caller via email that they were instructed to redirect all inquiries related to the 1984 yearbook to EVMS’ marketing director, who then confirmed the photo’s existence.

Prior to attending medical school, Northam completed an undergraduate degree at Virginia Military Institute. An archive of his senior yearbook from VMI does not show any similar racist photos. Instead, a short biography reveals that one of Northam’s college nicknames was “Coonman” and that he served as the president of the Honor Court. 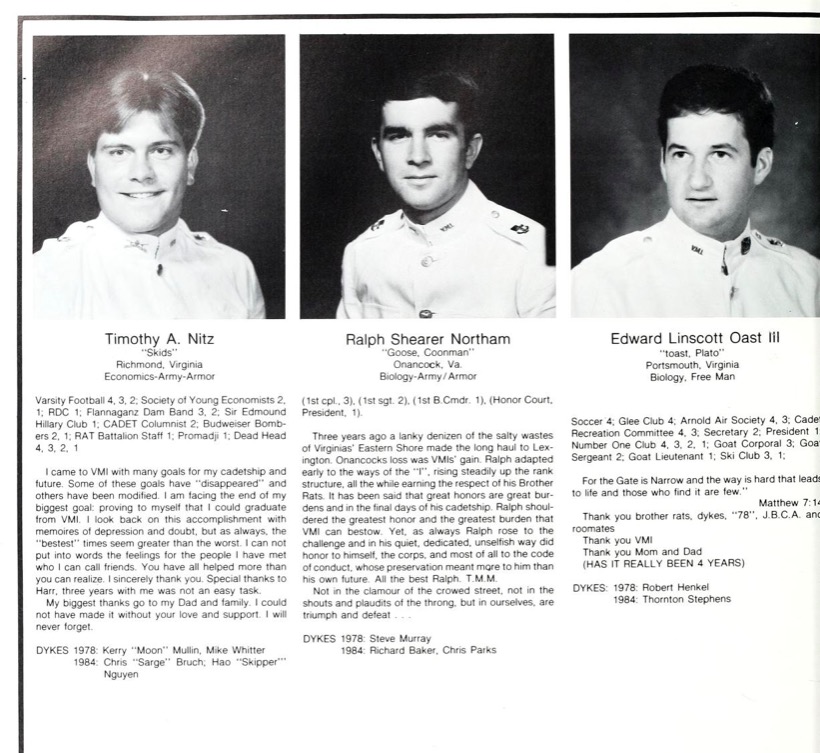 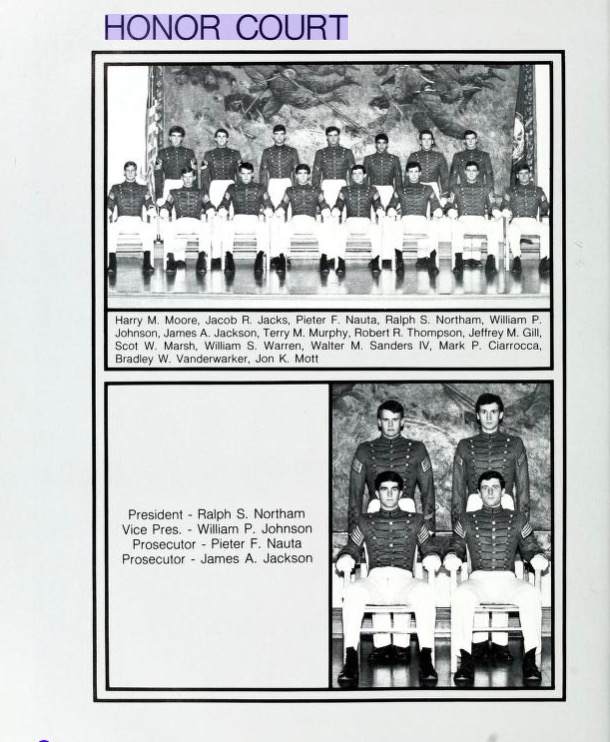 Northam successfully defeated Republican Ed Gillespie in the 2017 Virginia gubernatorial race. In campaign ads, Northam likened Gillespie to the neo-Nazis and white supremacists who marched in Charlottesville in favor of Confederate statues. One flyer showed Gillespie and President Donald Trump’s faces superimposed over the Charlottesville marchers with the phrase, “Stand up to hate.”