The Supreme Court is weighing an emergency petition from Louisiana that could mark the beginning of major changes to abortion jurisprudence.

The application asks the justices to block implementation of a state law called Act 620 that requires abortion providers to have admitting privileges at a local hospital. Pro-choice litigators say that measure is exactly the same as a Texas law the Supreme Court struck down in a 2016 case called Whole Women’s Health v. Hellerstedt.

“In Whole Women’s Health, this Court held that Texas’s admitting privileges law was unconstitutional, because it conferred no benefit to women’s health that could justify its burdens on abortion access,” the emergency application reads. “Act 620 is identical to that unconstitutional law.”

Given the purported conflict with Whole Women’s Health, the course the Court follows on the Louisiana petition is a meaningful signal as to how the justices will treat abortion cases in the near term. Granting the application could indicate a wary and cautious approach to reproductive rights in the coming years, while rejecting it would betray an emboldened Court ready to break with recent pro-abortion rulings.

Absent the high court’s intervention, the Louisiana will take effect Monday. Abortion providers sued the state in federal court shortly after the law was enacted. A federal trial court judge declared the act unconstitutional in April 2017 — but a three-judge panel of the 5th U.S. Circuit Court of Appeals reversed that decision in September 2018 and upheld the measure. 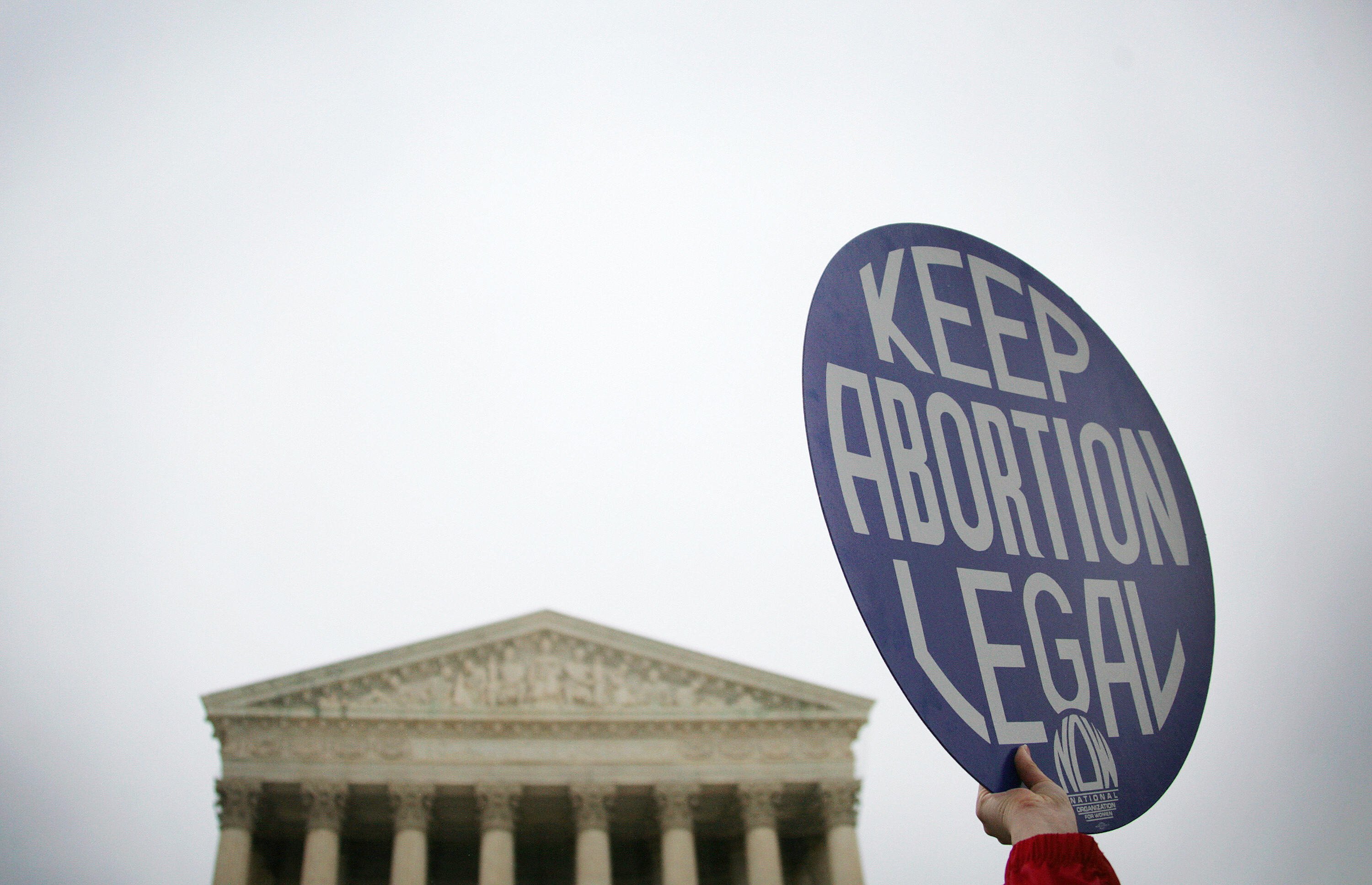 A pro-choice demonstrator holds up a placard outside the Supreme Court. (Jim Watson/AFP/Getty Images)

The 5th Circuit said the Louisiana law is distinguishable from the Whole Women’s Health decision because the adverse effects on women seeking abortions are not nearly as severe as the prospective repercussions in Texas, where almost two dozen clinics closed.

The abortion providers counter that Act 620 would leave Louisiana with just one physician licensed to perform abortions.

Despite the Court’s newly solidified conservative majority, Chief Justice John Roberts and Justice Brett Kavanaugh have signaled trepidation about taking up abortion disputes so soon after the latter’s bitter confirmation.

A decision could come at any time.