The White House revealed the theme and some plans for President Donald Trump’s upcoming State of the Union address, in a briefing to reporters Friday afternoon.

The theme of Trump’s address will be “Choosing Greatness” and will feature a call to unity, with a portion of it reading, “together we can bring decades of political stalemate, we can bridge old divisions, heal old wounds, build new coalitions, forge new solutions and unlock the extraordinary promise of America’s future. The decision is ours to make.” 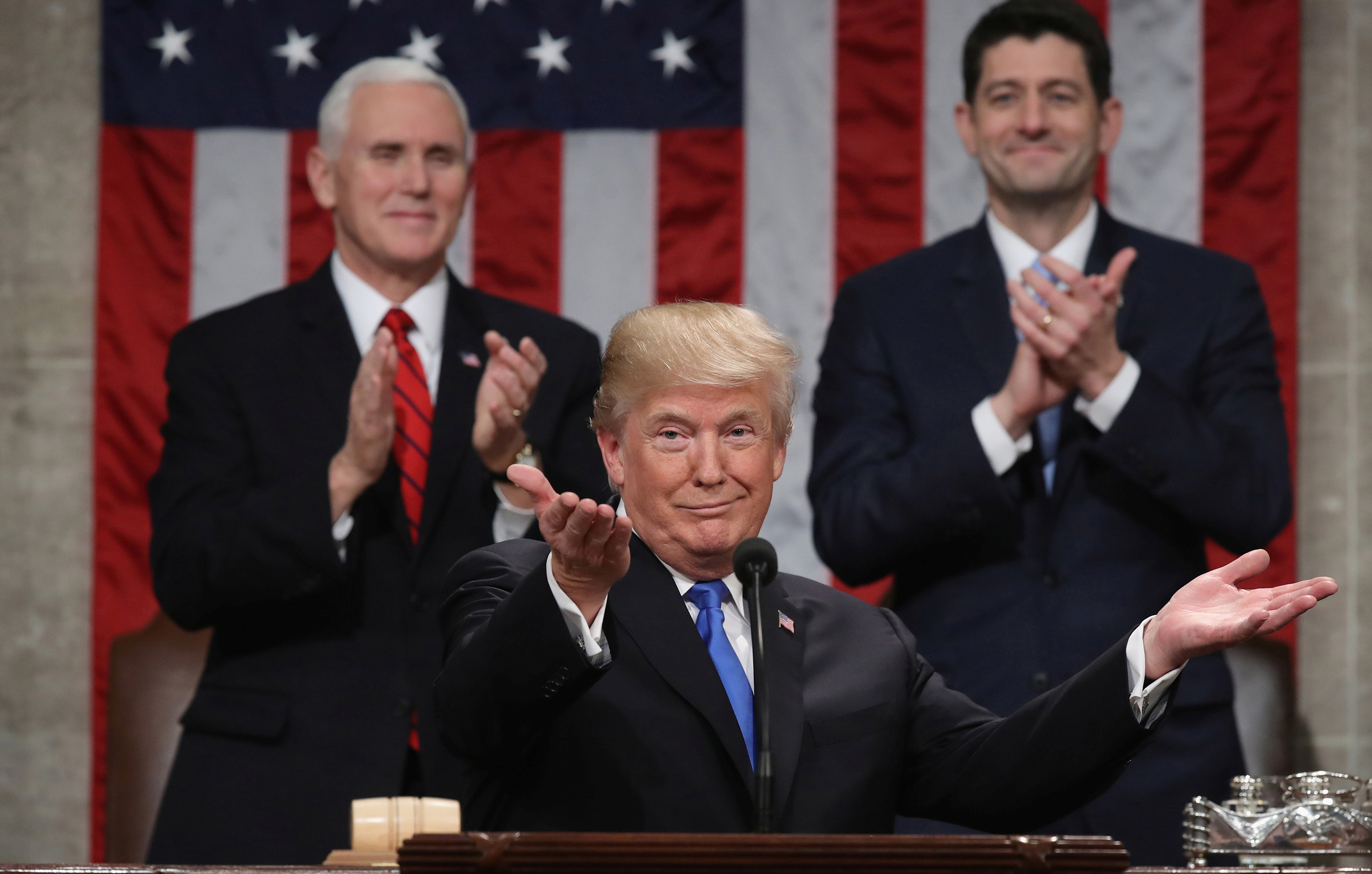 The official also said he will formally ask Congress to begin review of the U.S.-Mexico Canada Agreement (USMCA) (which will replace NAFTA), consider legislation on prescription drug pricing, and add funding for infrastructure legislation. An appeal for a pro-life agenda, and the current situation in Venezuela are also likely to be made and discussed. (RELATED: Trump Rips Virginia Democrats’ Abortion Comments)

Trump told The Daily Caller in an exclusive Oval Office on Wednesday that the guests he was considering to accompany him “will be border-related, some of them will be people who have suffered very badly because we didn’t do what we should’ve done in a very dangerous part of our country, and so that’s going to be a part of it, absolutely.”

Trump said that while some of the address will focus on the border crisis, other parts will touch on economic progress in the U.S., saying:

At the same time, the world is not doing well and we’re going great. You look at the numbers, we’re hitting highs. I get no credit for it. It’s like, when do you ever hear them talking about — we just hit 25,000 and you won’t even hear a thing about it. If President Obama were there — and don’t forget, he was paying no interest. We’re actually paying interest. You know, he was paying no interest. He didn’t have liquidity being drained out of the market in order to pay down, which we have. How about $50 billion a month? $50 billion a month.

If I had a no-interest, no-liquidity situation with respect to the market, I mean, forget it. It would actually be incredible the numbers. Big difference. Tremendous difference.