President Donald Trump said he would not encourage his son Barron to play football because of health concerns, in a Sunday interview with “Face the Nation” set to air during the Super Bowl.

Trump said, “It’s very, it’s very tough question. It’s a very good question” of whether he would let his son play football, finally declaring, “If he wanted to? Yes. Would I steer him that way? No, I wouldn’t.”

US President Donald Trump is given Clemson Tigers jerseys, one for him and one for his son Barron, by Clemson University President Jim Clements (L) and Clemson Tigers head coach Dabo Swinney (R) as Trump welcomes the Clemson Tigers, the 2016 NCAA Football National Champions, at the White House in Washington, DC, on June 12, 2017. NICHOLAS KAMM/AFP/Getty Images)

The president continued, “I just don’t like the reports that I see coming out having to do with football—I mean, it’s a dangerous sport and I think it’s, it’s really tough,” adding, “I thought the equipment would get better, and it has. The helmets have gotten far better but it hasn’t solved the problem.”

The president ultimately said, “I really think that as far as my son, well I’ve heard NFL players saying they wouldn’t let their sons play football. So, it’s not totally unique, but I would have a hard time with it.” (RELATED: Trump Praises Brady, Kraft, Belichick And Goodell Ahead Of Super Bowl) 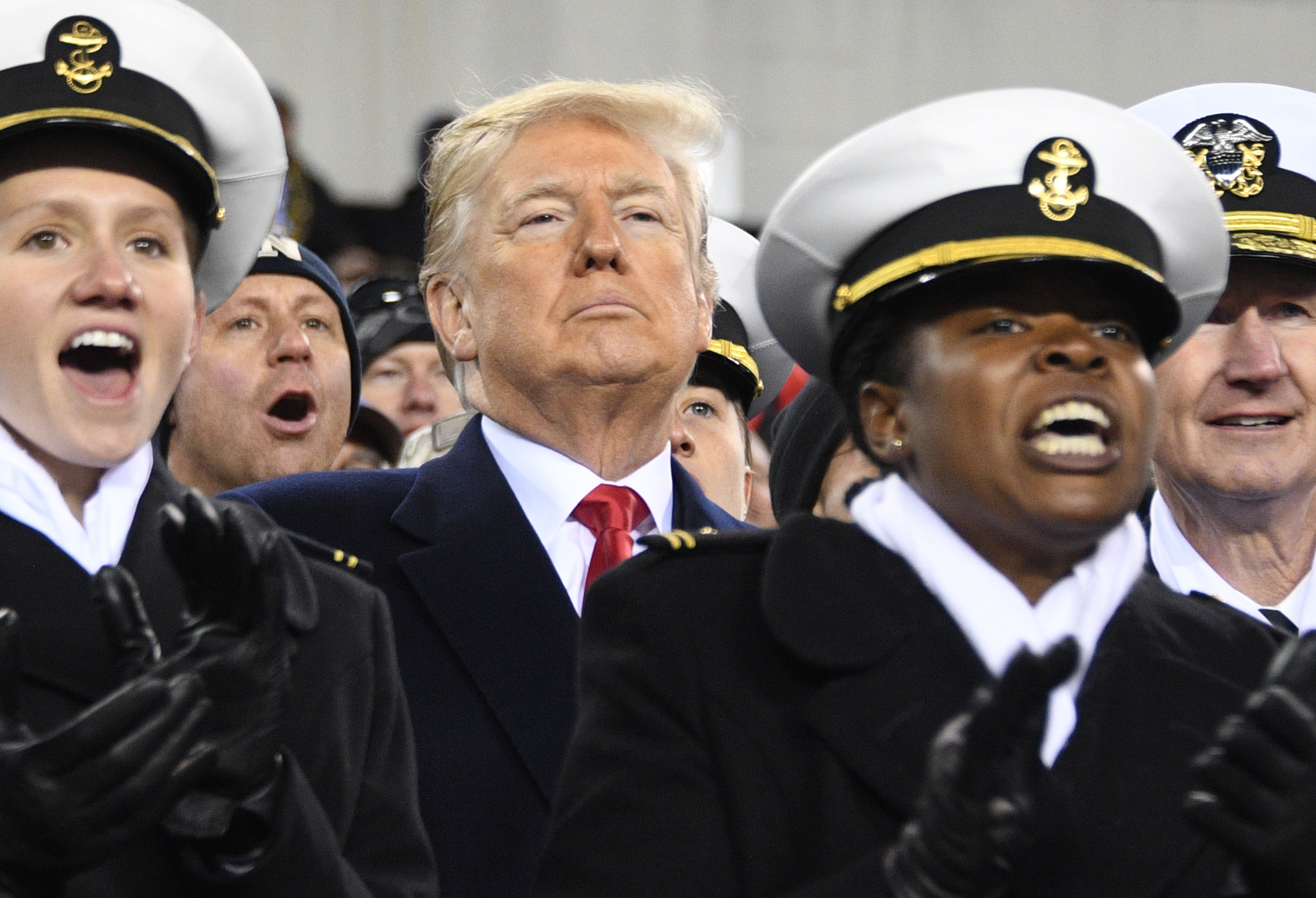 US President Donald Trump attends the annual Army-Navy football game at Lincoln Financial Field in Philadelphia, Pennsylvania, December 8, 2018. – Trump officiated the coin toss at Lincoln Financial Field in Philadelphia between the Army Black Knights of the US Military Academy (USMA) and the Navy Midshipmen of the US Naval Academy (USNA). (Photo by Jim WATSON / AFP)

Trump noted at the beginning of his answer that he didn’t have much concern about the question for Barron because “he actually plays a lot of soccer. He’s liking soccer. And a lot of people, including me, thought soccer would probably never make it in this country, but it really is moving forward rapidly.”

The president has criticized some NFL measures to reduce concussions saying at a campaign rally in 2017, “you know, today if you hit too hard — 15 yards! Throw him out of the game. They had that last week, I watched for a coupled of minutes. Two guys, just really, beautiful tackle. Boom! 15 yards. The referee goes on television, his wife’s so proud of him. They’re ruining the game! They’re ruining the game.”

Trump also told The Daily Caller in an exclusive Oval Office interview Wednesday that he did not want to see NFL Commissioner Roger Goodell dismissed, saying, “I was very pleased that he called me to thank me for helping him with Canada and, yeah, it looks good. And their games have really been good, other than one call.”