The Democratic senator announced Monday that Varshini Prakash of the Sunrise Movement will join him at President Donald Trump’s State of the Union address set for Tuesday night.

Varshini Prakash, Executive Director and co-founder of @sunrisemvmt, is a powerful voice of her generation and a fearless leader on climate change.

I’m thrilled @VarshPrakash will join me as my guest to the State of the Union. #SOTUhttps://t.co/Xt040AUjEZ

Markey called Prakash “a powerful voice of her generation and a fearless leader on climate change.” The Sunrise Movement is one of the main agitators for a “Green New Deal.” (RELATED: Evidence Mounts Against Climate Prediction That Inspired ‘Day After Tomorrow’ Disaster Flick)

“I am thankful to be joining Senator Markey as his guest to the State of the Union,” Prakash said in a statement. “My generation is facing an ever more chaotic and uncertain future as the ravages of the climate crisis begin to manifest all around us, hurting communities of color and low-income communities first and worst.”

“Senator Markey has been a climate leader for decades. I’m grateful for his recognition of the advocacy of thousands of young people and frontline communities to secure a better, safer, healthier world for all of us,” Prakash added.

Markey and New York Democratic Rep. Alexandria Ocasio-Cortez are set to unveil “Green New Deal” legislation as soon as this week, according to recent reports. The “Green New Deal” is, so far, a vague set of broad goals aimed at global warming and social justice.

Prakash led fellow environmentalists in protests at congressional offices in November, which included a sit-in at Pelosi’s office. Ocasio-Cortez joined protesters occupying in Pelosi’s office and called for a “Green New Deal.” 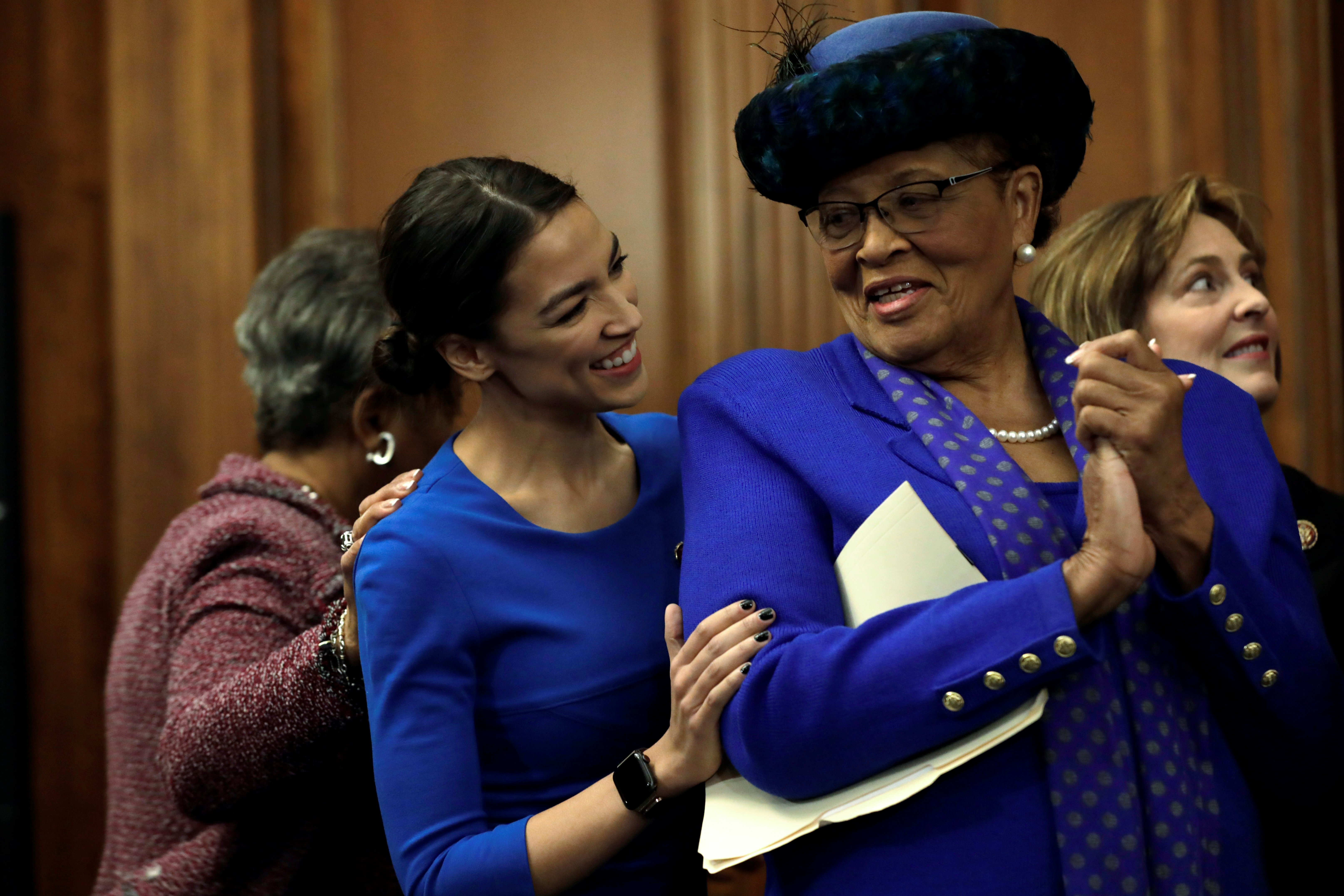 “So a lot of us were really frustrated after the Democrats took back the House, when we heard Nancy Pelosi endorsing this bipartisan marketplace of ideas and saying she was going to revive this committee on climate change but not making other promises,” Prakash later told E&E News in an interview.

“It felt like this was grossly inadequate to address the climate crisis at hand,” Prakash said. “So we chose to do an action targeting Nancy Pelosi in order to say that we need our leaders to step up significantly on climate.

Sunrise Movement activists also protested at the offices of New Jersey Democratic Rep. Frank Pallone and other prominent Democrats to try and build support for their call to completely eliminate fossil fuels use within 10 years.

Sunrise Movement activists staged another Capitol Hill protest in December that resulted in more than one hundred arrests.

Pelosi said she supported the protesters, but did not go along with their calls to set up a House committee to write “Green New Deal” legislation. The California Democrat created a House climate panel, but the committee lacked subpoena power and the ability to introduce legislation.