Democratic New York Rep. Alexandria Ocasio-Cortez revealed Monday that she will bring the activist who notably cornered and shouted down former Republican Sen. Jeff Flake in an elevator as her guest to the State of the Union.

“I’m proud to announce that my #StateOfTheUnion guest will be [Ana Maria Archila],” Ocasio-Cortez tweeted. “Ana Maria is the NY14-er who famously jumped into the elevator with Sen. Flake to elevate the stories of survivors everywhere.”

I’m proud to announce that my #StateOfTheUnion guest will be @AnaMariaArchil2.

Ana Maria is the NY14-er who famously jumped into the elevator with Sen. Flake to elevate the stories of survivors everywhere.

She‘s living proof that the courage within all of us can change the . https://t.co/OLSeNbP4Z2

“She’s living proof that the courage within all of us can change the [world],” Ocasio-Cortez continued. (RELATED: Police Charge Liberal Activists Who Were Protesting Kavanaugh’s Nomination)

Archila is a co-executive director for the Center for Popular Democracy (CPD), a left-wing advocacy group that promotes progressive politics. The Open Society Foundation, which was founded and funded by George Soros, is one of CPD’s largest funders, giving millions to the organization over the past few years.

CPD rose to prominence in 2018 during Justice Brett Kavanaugh’s confirmation to the Supreme Court. The organization was notable for launching an anti-Kavanaugh campaign, which included mobilizing protesters to shout down Republican lawmakers. 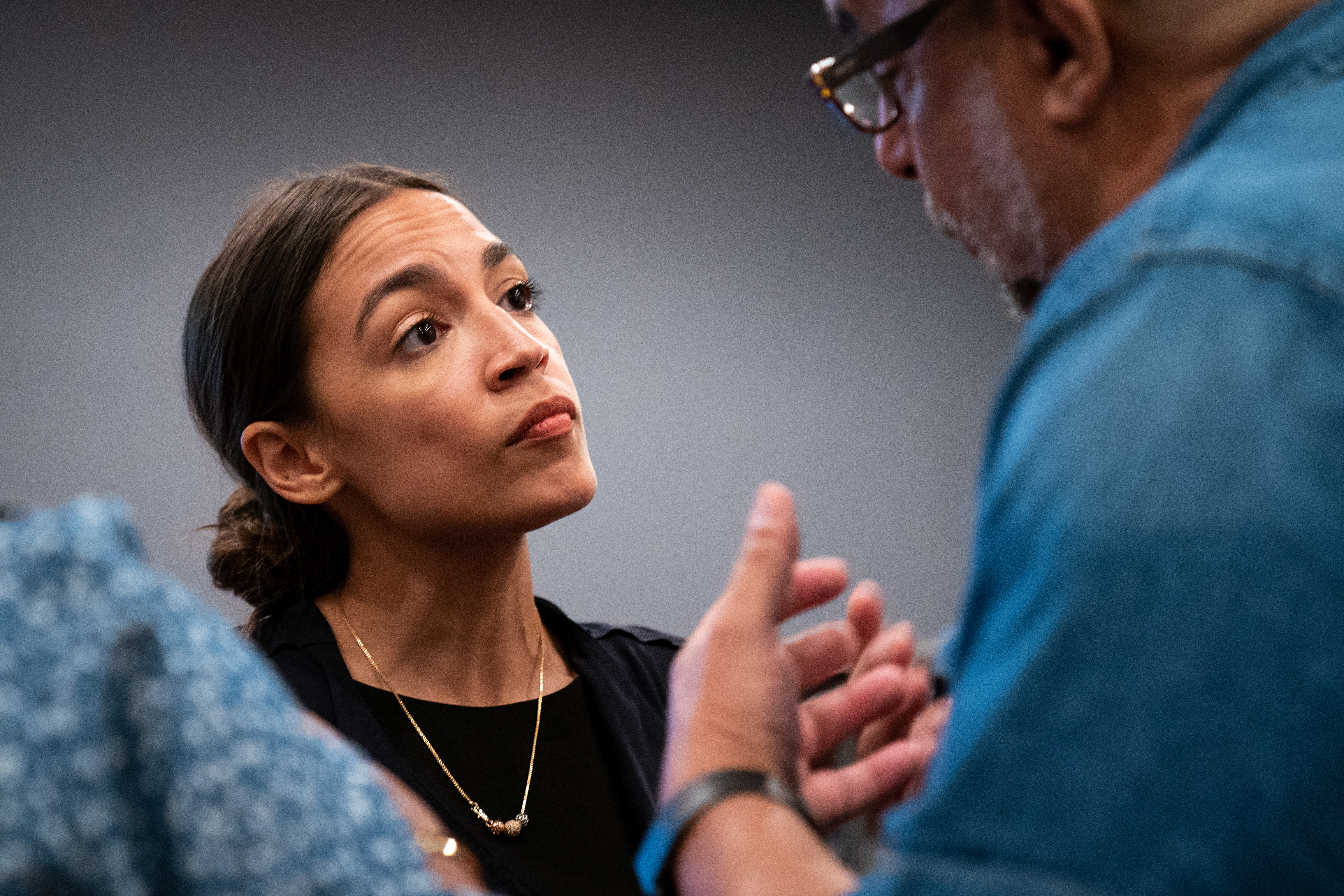 Archila received media attention in September after she cornered Flake in an elevator on his way to the Senate Judiciary Committee’s hearing to vote on advancing Kavanaugh’s nomination. (RELATED: Ocasio-Cortez Touts Phone Call With UK Labour Leader Jeremy Corbyn)

Flake, a key swing vote in Kavanaugh’s confirmation process, ignited a firestorm after he voted “yes” to advance the nominee to the full Senate with the condition that an FBI probe would briefly investigate an accusation of sexual misconduct against Kavanaugh. Archila is largely credited with changing Flake’s mind from a straight yes to the aforementioned conditional yes.

“I’m filled with hope by  [Ocasio-Cortez’s] fierce spirit & her relentless belief that we all deserve to live with dignity & share in the abundance of our country,” Archila tweeted. “Thank you for holding the doors open for so many, so that our voices can be heard at #SOTU & beyond! #sisterhood”