The retail store Bed, Bath & Beyond won Twitter on Monday after they trolled Super Bowl LIII performer Maroon 5’s Adam Levine over his attire for the big game.

“Two of these matching items are available at Bed Bath & Beyond. Guess which,” the retail store tweeted to its hundreds of thousands of followers, along with three photos. The first was a picture of Levine in Atlanta during the halftime show where the New England Patriots beat the Los Angeles Rams, giving Brady his sixth Super Bowl win. (RELATED: The Patriots Will Face The Rams In The Super Bowl) 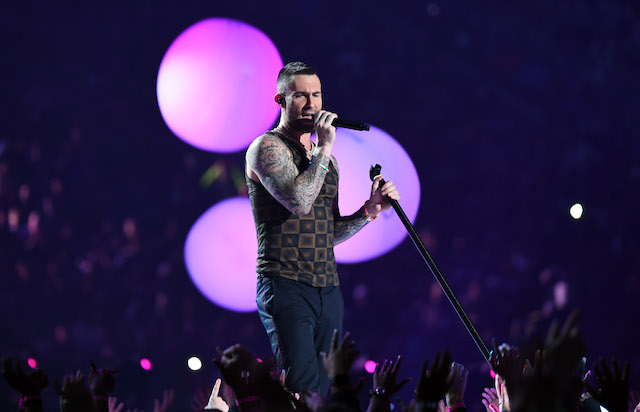 The two others included a picture of curtains and a pillow cover.

Two of these matching items are available at Bed Bath & Beyond. Guess which? pic.twitter.com/axYFnSgihO

The tweet has been received well, with numerous people crediting the outlet for the post. (RELATED: Rams Coach Wade Phillips Wears Cowboy Hat To The Super Bowl)

Bed Bath & Beyond something else for this pic.twitter.com/7n3HVRavdz

The similarity between Maroon 5’s front man’s sleeveless top and furniture from the 70s did not escape other people’s attention.

Omg. This is everything. https://t.co/bHTsWdgFNE

Ah well, it’s all in good fun. Hopefully, he’s laughing too after a great night.