The Maine Republican will stand for re-election in 2020. Democrats hope that race will be one of the marquee contests of the cycle.

“We made an effort to have a strong quarter because we wanted to send the message that Senator Collins will be prepared to run a vigorous campaign in 2020,” Collins’ deputy treasurer Amy Abbott told the Bangor Daily News, which was first to report on the senator’s fundraising surge.

Collins raised $1.8 million in the closing months of 2018 — most of which came from out-of-state donors — an improvement on her prior personal record of $1.2 million in the second quarter of 2007.

The senator, who kept her intentions closely held throughout the confirmation process, announced her support of Kavanaugh’s nomination in a dramatic floor speech on Oct. 5, 2018. As most other lawmakers had already committed to supporting or opposing the nomination, Kavanaugh’s confirmation was contingent on Collins’ decision.

“The presumption of innocence is relevant to the advice and consent function when an accusation departs from a nominee’s otherwise exemplary record,” Collins said in her much-watched floor speech. “I worry that departing from this presumption could lead to a lack of public faith in the judiciary and would be hugely damaging to the confirmation process moving forward.” 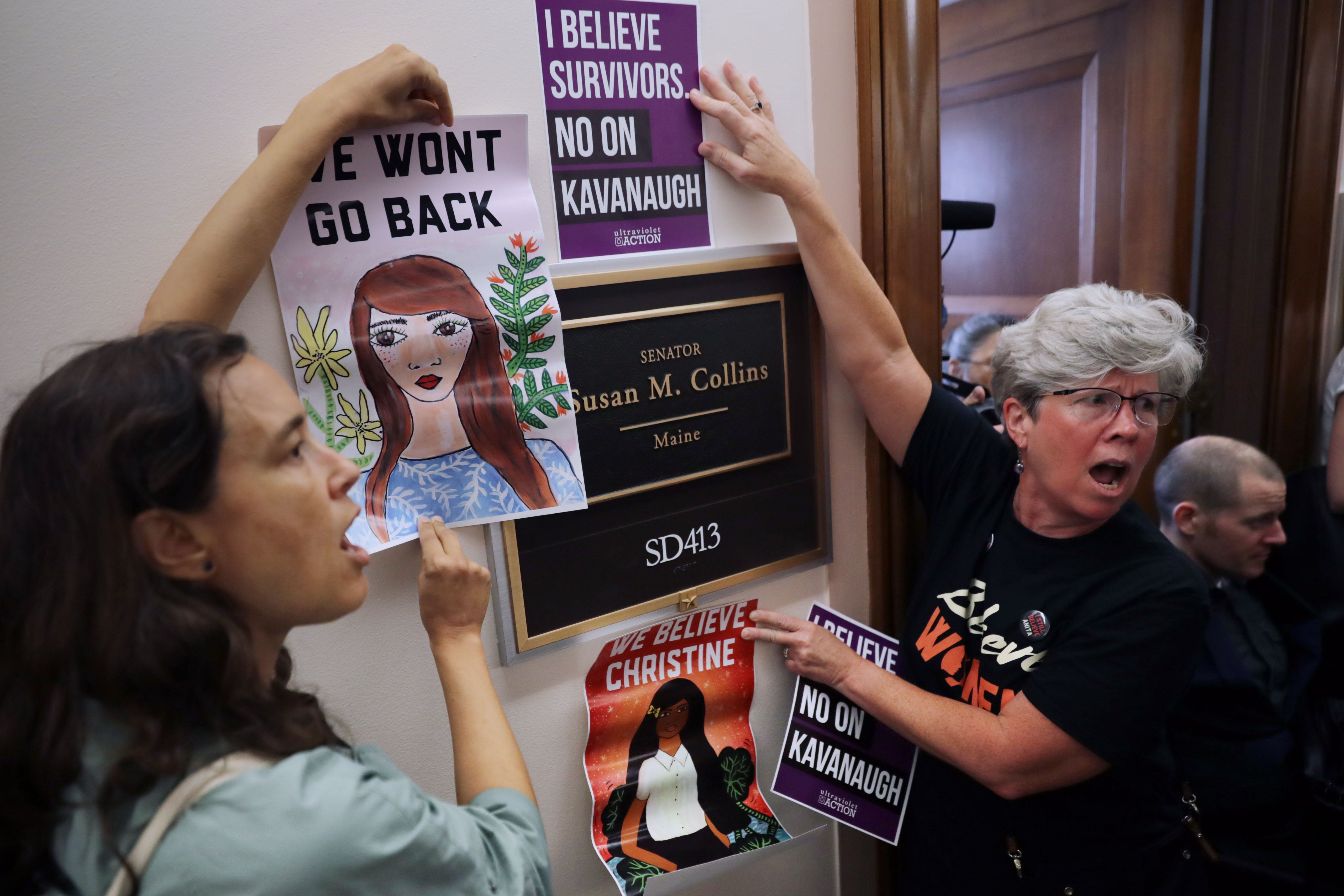 Dozens of protesters demonstrate against the appointment Brett Kavanaugh outside the offices of Sen. Susan Collins in the Dirksen Senate Office Building on Capitol Hill, Sept. 26, 2018. (Chip Somodevilla/Getty Images)

Progressive groups organized a national crowdfunding effort to buoy her 2020 challenger, which has raised $3.7 million as of this writing. Democrats thought to be considering bids include Susan Rice, a former United Nations ambassador and national security adviser in the Obama administration; Maine House Speaker Sara Gideon and former state legislator Hannah Pingree.

Collins is a formidable vote-getter who has prevailed in hostile political environments before: She cruised to a 20-point re-election victory in 2008, even as former President Barack Obama easily carried Maine and Democrats netted eight seats in the Senate.