Wells Fargo in 2017 flagged half a million dollars in wire transfers and bank deposits to the account of Rinat Akhmetshin, a Russian-born lobbyist who has worked closely with opposition research firm Fusion GPS and also attended the infamous Trump Tower meeting.

According to BuzzFeed News, Wells Fargo flagged the transactions for the Treasury Department upon the request of federal investigators looking into the Trump Tower meeting, which was held on June 9, 2016.

Wells Fargo deemed the deposits suspicious because of “overseas origin” and because of “a suspicion that they showed Akhmetshin had violated federal lobbying law,” according to BuzzFeed.

Akhmetshin has been interviewed by several congressional committees and testified to the grand jury being used by special counsel Robert Mueller.

BuzzFeed’s report focuses on Akhmetshin’s involvement in the Trump Tower meeting, while largely ignoring his connection to Fusion GPS, which commissioned the infamous Steele dossier on behalf of the Clinton campaign and DNC. 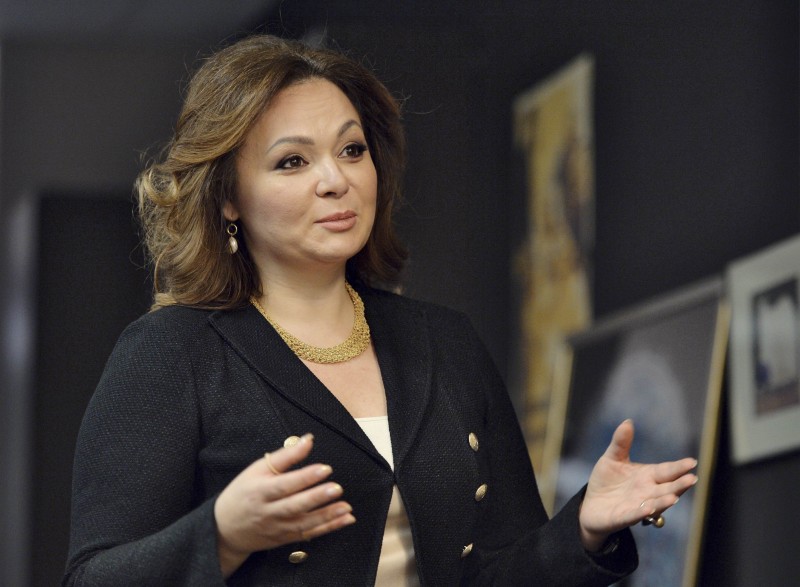 BuzzFeed, which was the first news outlet to publish the dossier, mentions Fusion GPS only once in its report, on the 24th paragraph.

The BuzzFeed report does not accuse Akhmetshin of wrongdoing, though the implication of the piece is that the payments to Akhmetshin are somehow linked to his visit to Trump Tower. The report does show that Akhmetshin received much more in wire payments and deposits from his lobbying client, the Russian businessman Denis Katsyv, than he reported on lobbying disclosure reports filed with Congress.

Akhmetshin’s lawyer responded to the story, telling NBC News that “it is appalling that BuzzFeed published this misleading article.”

“Mr. Akhmetshin categorically denies that he engaged in any form of unlawful activity, and BuzzFeed’s unsupported suggestions to the contrary are completely untrue.”

Akhmetshin gained national prominence when it was reported in July 2017 that he was part of the Russian delegation at the Trump Tower meeting, which was hosted by Donald Trump Jr. and attended by Jared Kushner and Paul Manafort. (RELATED: Russian-American Lobbyist At Trump Tower Meeting Described Meeting Hillary Clinton, Associates)

Akhmetshin accompanied Russian attorney Natalia Veselnitskaya and several other associates to the meeting.

The meeting has drawn scrutiny because Trump Jr. accepted it after an associate said that a Russian lawyer — later identified as Veselnitskaya — sought to provide the campaign with dirt on former Secretary of State Hillary Clinton.

“If it is what you say, I love it,” Trump Jr. wrote in an email accepting the offer.

Most of the Trump Tower attendees, including Akhmetshin and Trump Jr., have testified that the meeting was a dud. They’ve all claimed that Veselnitskaya did not provide information on Clinton. Instead, she focused on the Magnitsky Act, a 2012 law that imposed sanctions on Russian human rights abusers.

Akhmetshin, Veselnitskaya and Fusion GPS all worked as part of a multi-faceted campaign aimed at undermining the Magnitsky Act. Fusion’s main task was investigating Bill Browder, the London-based financier whose lobbying efforts led to the law’s passage.

Browder claims that his former lawyer, Sergei Magnitsky, was killed in a Russian jail in 2009 while investigating a $230 million money laundering scheme involving a Russian organized crime syndicate.

The ultimate client for Fusion, Akhmetshin and Veselnitskaya was Katsyv, whose firm, Prevezon Holdings, was sued by the Justice Department for allegedly laundering money stolen during the tax fraud scheme uncovered by Magnitsky.

Some of Prevezon’s payments to Akhmetshin and Fusion GPS were routed through its U.S. law firm, BakerHostetler. That arrangement mirrored its work for the Clinton campaign and DNC. On that project, Perkins Coie, the law firm for the Democrats, paid Fusion GPS $1 million to investigate Donald Trump’s ties to Russia. BakerHostetler paid Fusion $523,651 in 2016.

Fusion GPS’s work on a seemingly anti-Kremlin project (the dossier) and a project backed by Russians is one of the stranger twists of Russiagate.

Despite the overlap in Fusion’s work, the firm’s founder, Glenn Simpson, has denied knowing about the Trump Tower meeting until it was reported in the press. That claim has drawn some skepticism because Simpson was with Veselnitskaya hours before the meeting for a court hearing in the Prevezon case.

Akhmetshin also received $52,000 from the Human Rights Accountability Global Initiative Foundation, a foundation financed by Katsyv that Akhmetshin used as his lobbying vehicle on Capitol Hill.

BuzzFeed lists a series of other deposits that Wells Fargo found suspicious and reported to Treasury.