Aaron Judge is willing to take one for the team if it means landing Bryce Harper.

Judge says he is willing to make it work to bring the 2015 National League MVP to the Bronx, despite playing the same position as Harper, according to a TMZ report published Tuesday. 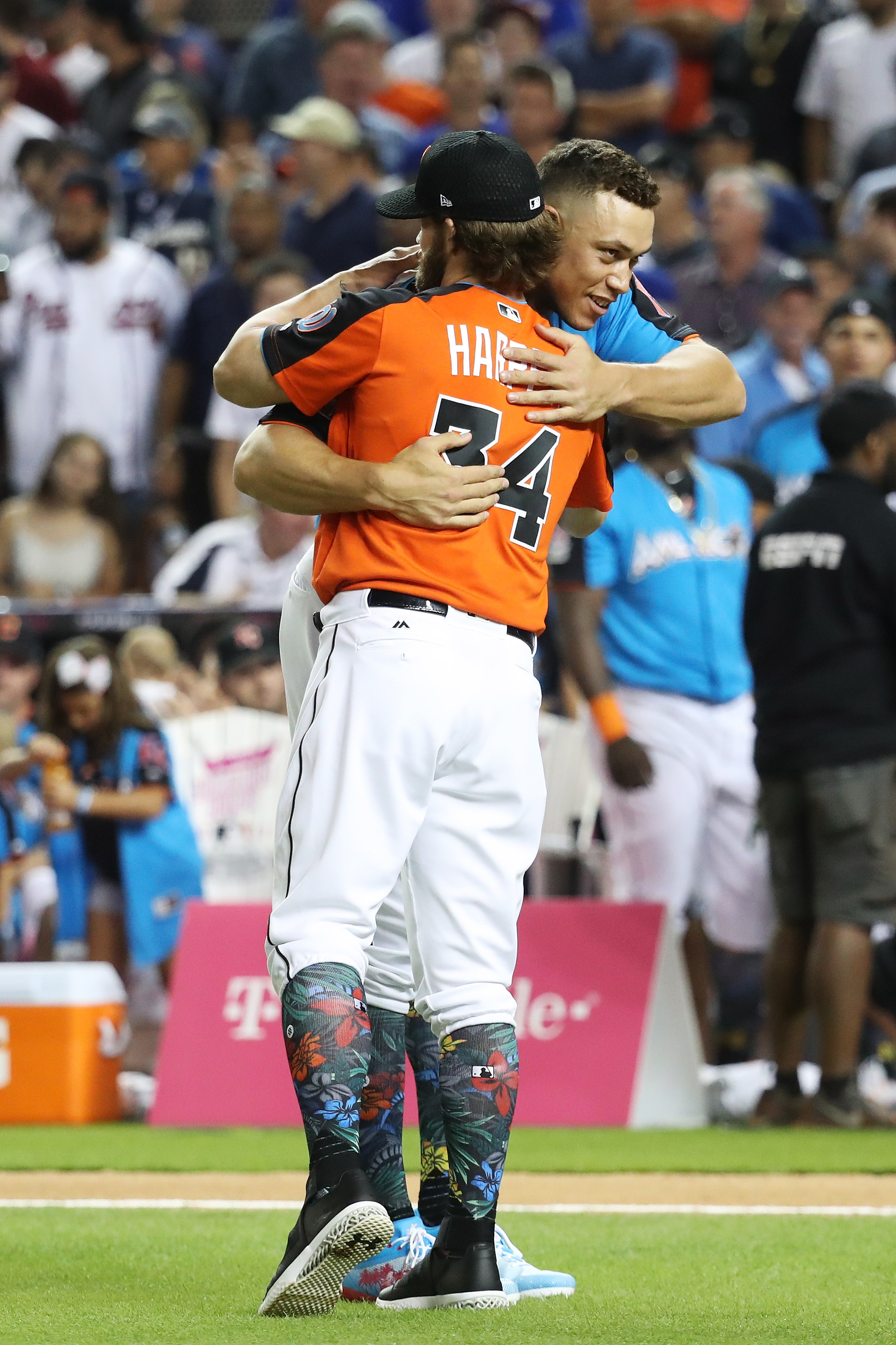 MIAMI, FL – JULY 10: Aaron Judge #99 of the New York Yankees hugs Bryce Harper #34 of the Washington Nationals and the National League in the T-Mobile Home Run Derby at Marlins Park on July 10, 2017 in Miami, Florida. (Photo by Rob Carr/Getty Images)

Judge would make the shift from right to center field to make room for Harper, the six-time All-Star. “Anytime you can add an MVP to a team, it’s going to make them better,” the 26-year-old said.

Harper, also 26, has still yet to find a home since he declared his free agency after his 2018 season. The Washington Nationals outfielder is one of the most sought after free agents, but it comes with a price. Last year, Harper asked for a $400 million dollar deal over 10 years. (RELATED: Bryce Harper Keeps Giving Cryptic Messages About Where He May End Up) 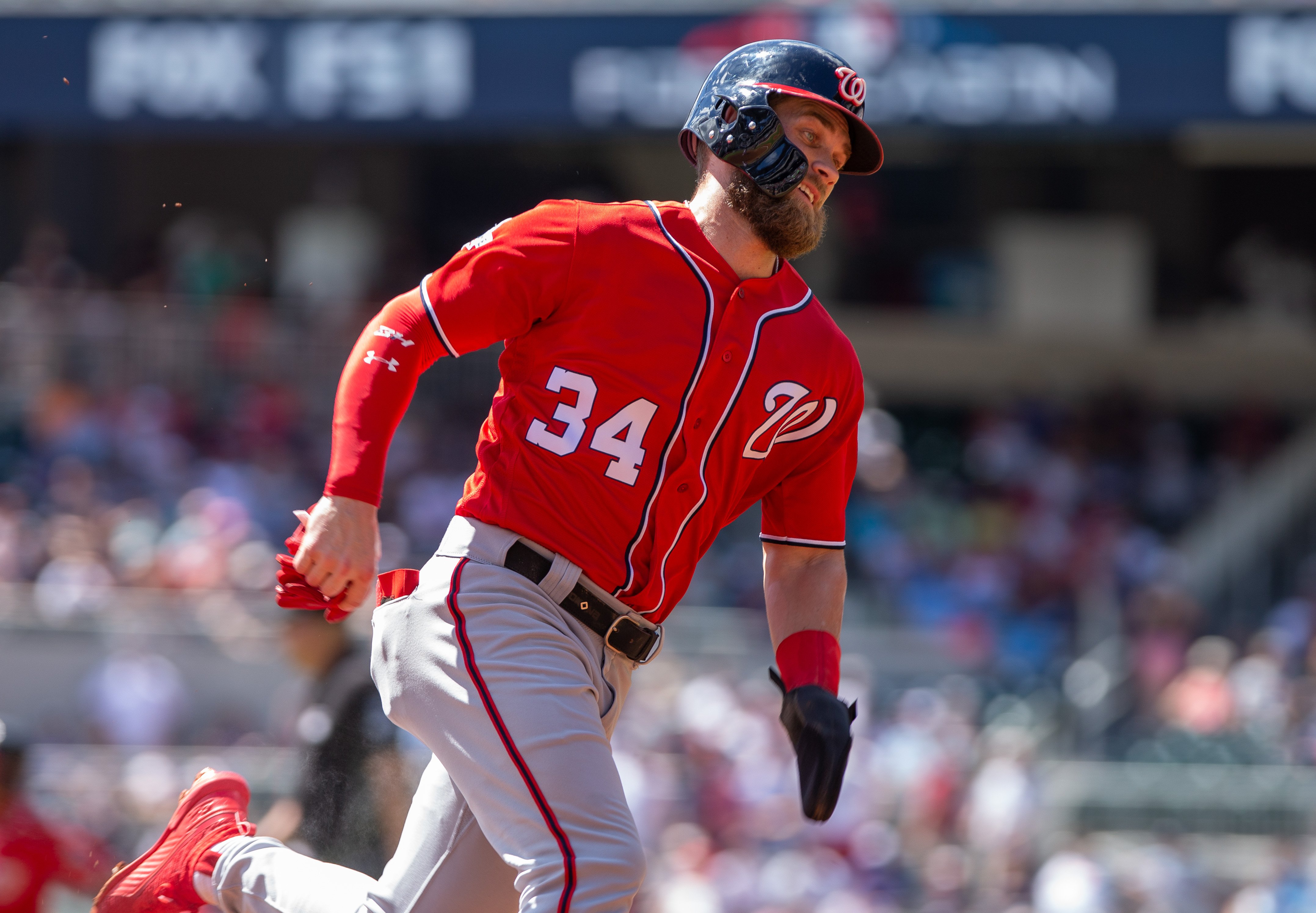 ATLANTA, GA – SEPTEMBER 15: Bryce Harper #34 of the Washington Nationals rounds third base and heads toward home as part of a 3 run 6th inning against the Atlanta Braves at SunTrust Park on September 15, 2018 in Atlanta, Georgia.(Photo by Kelly Kline/GettyImages)

Harper is in the 11th hour of his existing one-year deal with the Nationals, but he is still seeking a long term contract. According to MLB Network, at least eight teams have the 2018 Home Run Derby winner on their radar.

Judge’s latest appeal to get Harper in the pinstripes is not the first time the outfielders have teased fans with the “what if” hope.

Harpers agent, Scott Boras, made a statement saying the slugger is willing to move to first base which prompted Yankees General Manager Brian Cashman to weigh in on the possibility.

As a Nats fan, I have come to grips with the reality that the potential Hall of Famer will be leaving Washington soon. What I have not, and will not accept is the thought of Bryce Harper as a Yankee. I am starting a petition for the other 28 teams in the MLB to offer this man a contract to keep him out of New York.