New England Patriots coach Bill Belichick just won another Super Bowl and is now set to receive an honorary citizenship to his grandfather’s hometown in Croatia.

“We will propose that Belichick is made an honorary citizen of Draganić. He has greatly contributed to the promotion of our little place, and he himself does not hide the fact that he is proud of the place he comes from,” Stjepan Bencetić, Draganić’s mayor said about the 66-year-old coach, according to Croatia Week on Tuesday.

The honor is something typically bestowed on a person that the town deems “especially admirable or otherwise worthy of the distinction.” (RELATED: The Patriots Will Face The Rams In The Super Bowl) 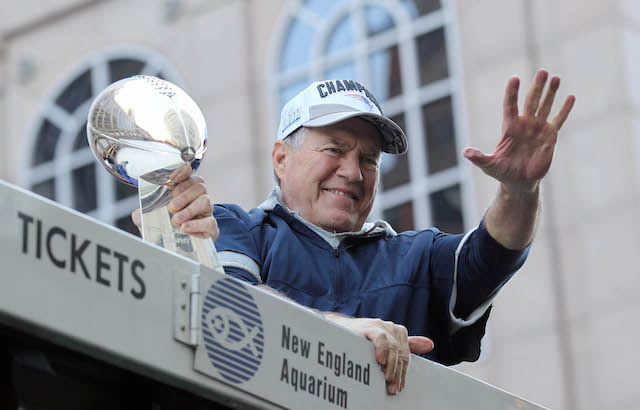 “We have just got a contact and will be in touch,” he added. “We will congratulate him on the Super Bowl and then inform him that he will be made an honorary citizen of Draganić. Of course, we will invite him to Croatia to see the place where his ancestors came from and to talk about all the things which connect us,” he added.

The legendary coach’s paternal grandparents, Ivan Biličić and Marija Barković, came to Pennsylvania from the small town of Draganić in the Karlovac County of Croatia in 1897.

“I am very proud of my dad’s family tradition and history with Croatians. I’m proud of that heritage,” Belichick previously shared.

The Patriots epic 13-3 victory against the Los Angles Rams Sunday night in Atlanta gave Belichick his sixth Super Bowl title with the team, adding to his already impressive career as a coach in the National Football League, a victory that was celebrated Tuesday by Tom Brady and the rest of the team.

During his career, he’s appeared in the Super Bowl 12 times and nine as a head coach, the most of all-time.