The Vatican laicized a U.S. priest who ran orphanages in East Timor after investigating allegations that he committed systematic child sexual abuse.

Richard Daschbach, who ran orphanages in the Southeast Asian nation of East Timor for 27 years, faced accusations in 2018 that he sexually abused underage girls in one of his orphanages. The Vatican chose to laicize him after conducting an investigation and reporting Daschbach to the authorities, Catholic News Service reported Monday. (RELATED: Francis Conducts First Ever Papal Mass On Arabian Peninsula In UAE)

“We never expected this from a man who dedicates himself to the people. He is like the father of that community, which he built, nourished and supported with all kind of help. This is a real disaster, a drama. A very dramatic situation. An old man of 82 years being accused of pedophilia,” Father Jovito Rego de Jesus Araujo, the Diocese of Dili’s episcopal vicar for pastoral care, told Catholic News Service.

Daschbach is now officially barred from exercising the rights of priesthood — administering the sacraments, saying mass, performing baptism, etc. However, he is still technically a priest. Laicization does not mean the priest is defrocked but that the priest’s rights have been reduced to that of a layperson, hence the term laicize.

Daschbach remains a priest but has been dismissed from the juridical status of the clerical state.

“[The priest] remains in a situation judicially as if he were a layperson. This is where the term ‘laicization’ comes from,” Father Damian Astigueta, a canonist, told the Catholic News Agency in 2017.

“The sacrament of Holy Orders isn’t lost; it imprints an ontological sign on the being of the priest that can never be lost,” Astigueta added. 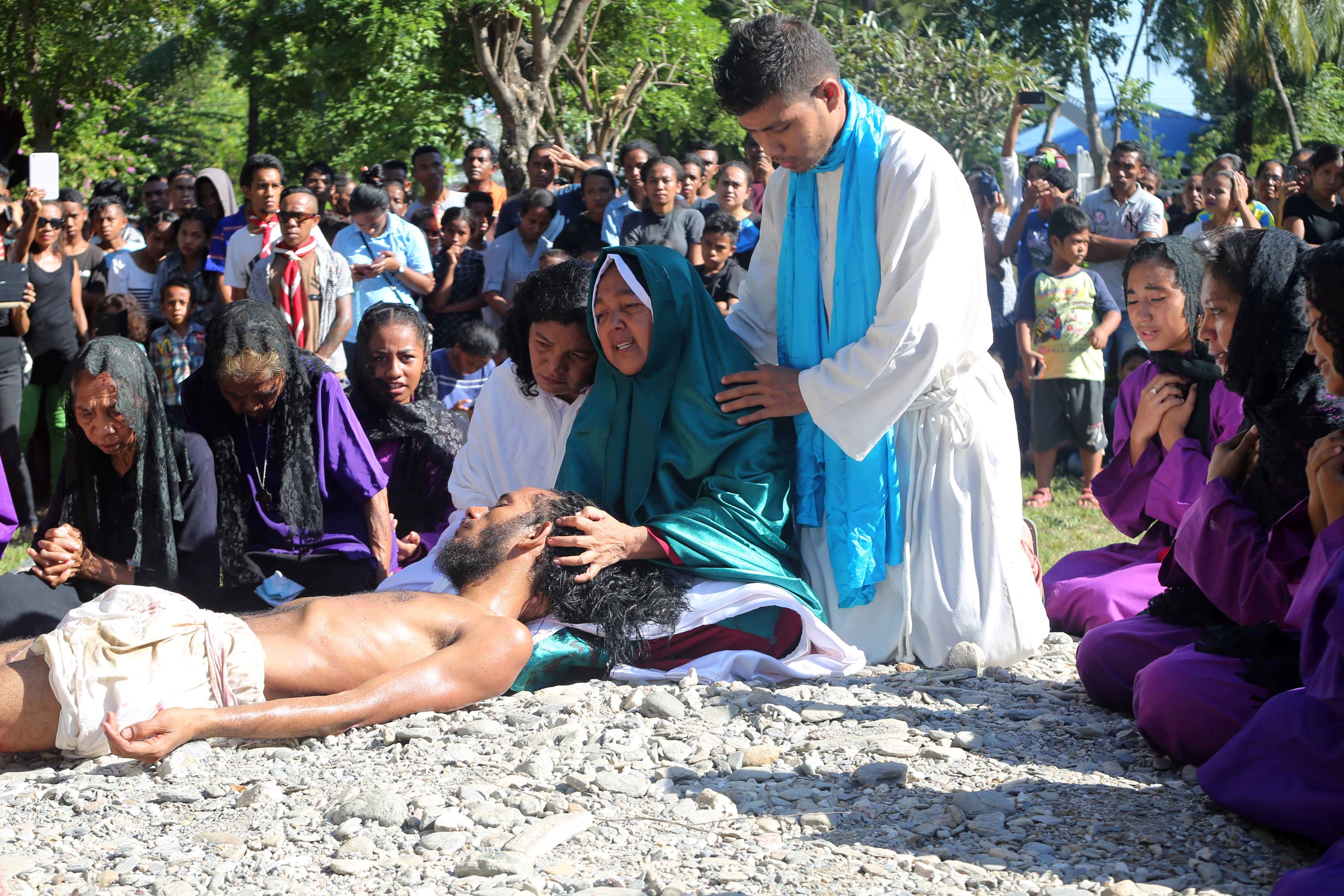 Father Yohanes Suban Gapun of the Divine Word order, of which Daschbach was also a member, went to the enclave of Oecusse to bring Daschbach back to Dili shortly after the Vatican received the allegations against him. Gapun claimed that Daschbach refused to cooperate for several days and that Daschbach was barred from performing priestly services while the Vatican conducted its investigation.

The local police are now investigating the claims against Daschbach. Authorities discouraged witnesses and alleged victims from speaking with the media during the course of the investigation.