European Union Council President Donald Tusk said that there was a “special place in Hell” for “those who promoted Brexit without even a sketch of a plan of how to carry it out safely” during a press briefing with Irish Prime Minister Leo Varadkar in Brussels, according to the BBC.

To ensure that his comments were heard, Tusk tweeted out his statements shortly after.

I’ve been wondering what that special place in hell looks like, for those who promoted #Brexit, without even a sketch of a plan how to carry it out safely.

The statement received backlash from many prominent Brexit supporters, such as Pro-Brexit movement LeaveMeansLeave Vice Chairman Nigel Farage, who tweeted back, “Brexit we will be free of unelected, arrogant bullies like you and run our own country — Sounds more like heaven to me.”

After Brexit we will be free of unelected, arrogant bullies like you and run our own country.

With just 50 days left until the U.K. leaves the EU, Tusk’s comments come amid strained withdrawal negotiations in recent weeks.

The U.K. withdrawal agreement was signed by all 27 EU members back in November, but has faced an impasse on the Irish border issue and backstop and will not be opened for renegotiation. (RELATED: Theresa May’s Brexit Deal Passes Cabinet Test As Parliament Debate Awaits)

“The EU is first and foremost a peace project. We will not gamble with peace or put a sell-by date on reconciliation. This is why we insist on the backstop,” said Tusk in the press briefing. 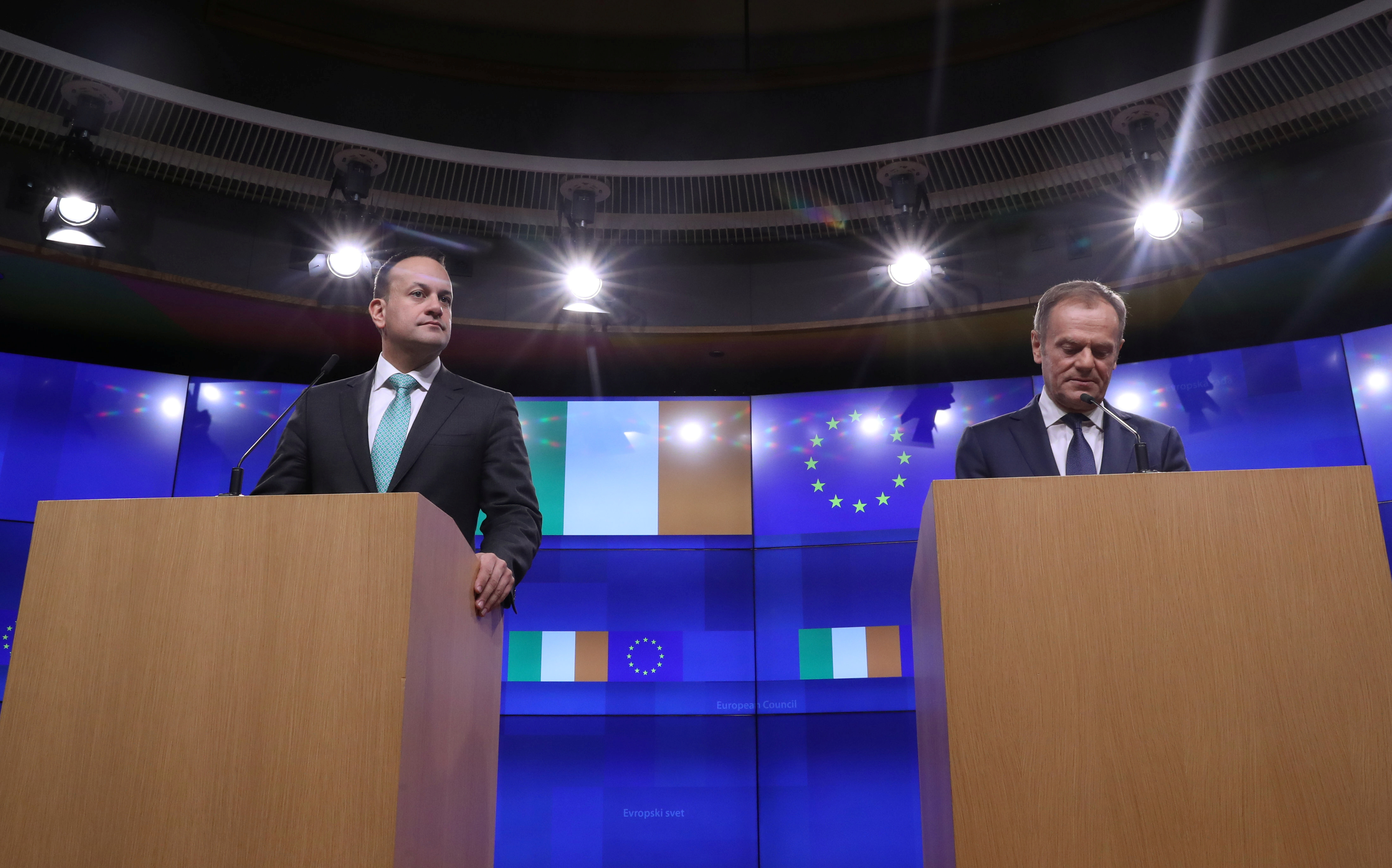 After being voted by British lawmakers last month, British Prime Minister will head back to Brussels on Thursday to renegotiate the terms of the current agreement regarding the backstop, according to CNN.

“The instability in British politics in recent weeks demonstrates exactly why we need a legal guarantee and a solution that is operable that we know will work, will last,” said Prime Minister Varadkar.

Tusk concluded, saying, “I hope tomorrow we will hear from PM May a realistic suggestion for how to end the impasse, in which the orderly withdrawal from the EU has found itself in the House of Commons.”

1
Billionaire Allegedly Behind A False Flag Operation In Alabama Helped Finance The Group Behind Iowa Caucus Chaos
Tech
2
Woman Jumps On Car During Argument. It Might Be The Craziest Thing You See All Day
Editorial
3
Will Socialist Sympathizers Give Us Their Stuff?
US
4
'Hey, I Pulled A Pelosi!' Things Take A Twist On 'The Five' When Jesse Watters Rips Up Donna Brazille's Papers
Media
5
Mike Bloomberg Said Elderly Cancer Patients Should Be Denied Treatment
Politics