“Maybe Virginia should start by asking which elected men didn’t wear blackface, and then we pick the governor from that group,” the 43-year-old comedian tweeted to her millions of followers in response to news that Herring admitted to wearing blackface at 19 years old, when he dressed up as a rapper to a college party. (RELATED: Chelsea Handler Says Graham Is ‘Being Blackmailed By Russia’) 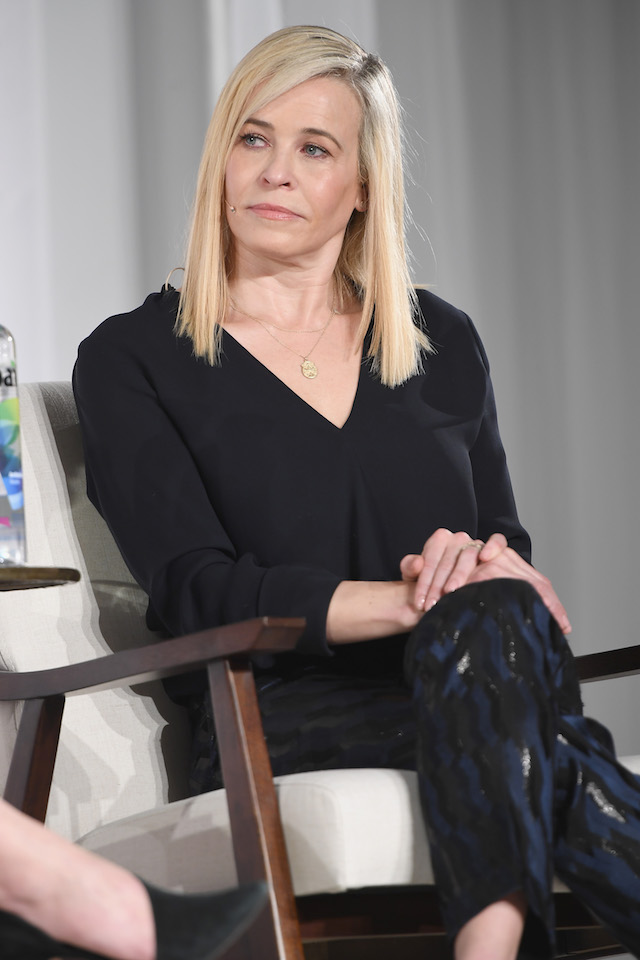 Chelsea Handler speaks on the panel at the in goop Health Summit on January 27, 2018 in New York City. (Photo by Dimitrios Kambouris/Getty Images for Goop)

Maybe Virginia should start by asking which elected men didn’t wear blackface, and then we pick the governor from that group?

And she wasn’t the only celeb who weighed in on the matter. Earlier in the day, Spike Lee posted a picture on Instagram showing two people dressed in blackface.

WHAT is going on in Virginia?! Is something in the water? *sheesh* This is scandal #3! https://t.co/RbNWgxycEe

The comments were only the latest from Hollywood after Democratic Virginia Gov. Ralph Northam first apologized for a racist photo, only to later deny that he was the person in the photograph after a picture surfaced from his 1984 medical school year book showing one person in blackface the other dressed like a member of the KKK.

Stars like Alyssa Milano and Jamie Lee Curtis then called for him to resign immediately because of it.

Take one: I did it, it was racist & shameful. I am SO sorry.

Take three: I didn’t know the pic was on my page.

Take four: The yearbook made a mistake & put that pic on my page, w/o my knowledge.

In Virginia’s Dem primary for Governor, Dems were convinced vote 4 the “moderate” Ralph Northam because he could “pick up Republican votes.” Voters were told to reject the progressive candidate Tom Perriello. Now they’ve learned what centerism got them. A hood & some shoe polish

Hey @RalphNortham You wrecked it. You can’t moonwalk your way out. Resign and let the people of VA heal and move on.