Doctors in Germany will soon be able to advertise that they offer abortions after the German government revised a 1930s law created by dictator Adolf Hitler Wednesday.

The German cabinet compromised to relax the law but not abolish it. All that is required now for this revision to pass is the approval of the German parliament. The law is known as paragraph 219a makes it illegal for doctors to advertise to the public that they perform abortions, which extends to websites. (RELATED: Abortion Is Coming To Poland By … Drone)

While abortion is officially illegal in Germany and can be punishable by up to three years in prison, abortions during the first trimester are allowed. 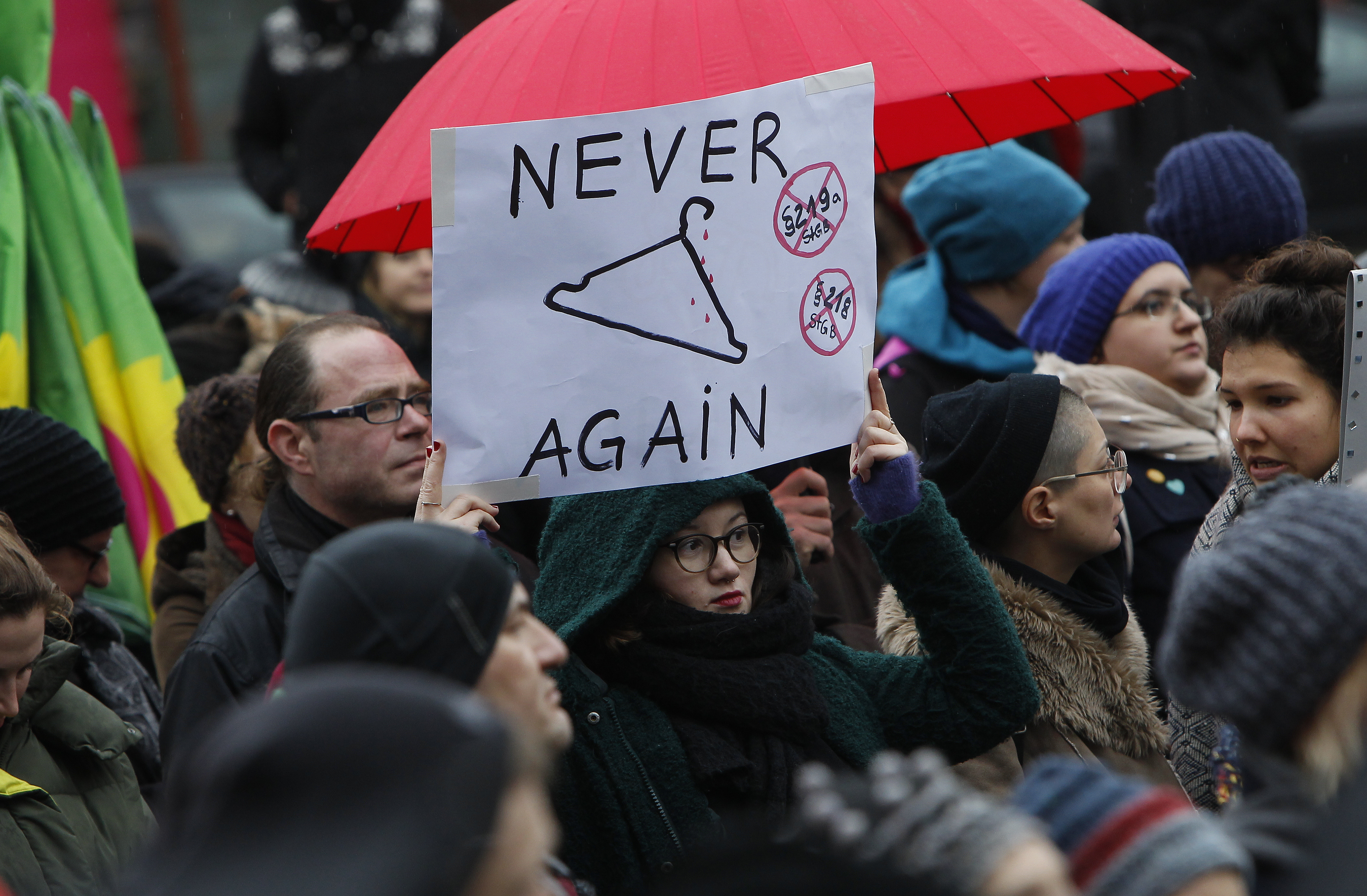 Activists gather to demand the nullification of a law known as Paragraph 219a, which makes advertisement for abortion services in Germany illegal, on January 26, 2019 in Berlin, Germany. (Photo by Michele Tantussi/Getty Images)

If the German parliament approves of the changes to this law, doctors will be able to advertise that they provide abortion as well as facts about abortion on their websites. The compromise also forces insurance companies to raise the age in which they must give out contraceptives for free from 20 to 22, according to the Guardian.

Background to Saturday’s protests in Germany.
‘The motto of the action day is:”No compromises!Sexual self-determination is not negotiable. Away with Paragraph 219a.” Don’t forget @ProChoiceBerlin fundraiser this Fri for us&the pro-choice campaign in Malta! https://t.co/3I2b5bIJRR pic.twitter.com/yjHNxSIWLC

Both parties compromised and decided on the relaxing of the laws.

This comes after a German general practitioner Kristina Hanel was fined 6,000 euros last year for mentioning that she provides abortions on her site.

Hanel said of 219a “Women have a right to information and that is still prohibited. This is state censorship.”

@rowlands999 describes Dr Kristina Hanel’s bravery in Germany where it is illegal to advertise abortion availability . She still offers the service openly despite threats of fines @ESC_RH #ESCRH2018 @profamilia