President Donald Trump reportedly let loose on a host of political enemies before mounting the congressional stage to deliver a State of the Union address that satisfied most viewers, according to early surveys.

While Trump sometimes appeared to reach out to certain political opponents in his Tuesday night speech that initial polls indicate was hugely popular, in a private lunch earlier that day with a select group of reporters, Trump was less forgiving. He savaged some of his adversaries, according to sources quoted by The New York Times.

The president reportedly expressed his enthusiasm for running for president again and apparently wants to enter the political ring with former Vice President Joe Biden because, according to Trump, “Biden was never very smart. He was a terrible student. His gaffes are unbelievable. When I say something that you might think is a gaffe, it’s on purpose; it’s not a gaffe. When Biden says something dumb, it’s because he’s dumb.” (RELATED: Biden: I Think I’m The Most Qualified To Be President)

Trump reportedly also said that he believes the Democratic Party is moving so far to the left with projects like the Green New Deal and Medicare for All that it is ensuring a Republican victory.

The White House declined to comment on the president’s alleged remarks.

With Biden in mind, he would also allegedly be anxious to square-off with Democratic Massachusetts Sen. Elizabeth Warren, who recently apologized to the Cherokee Nation for her pretenses of being Native American. 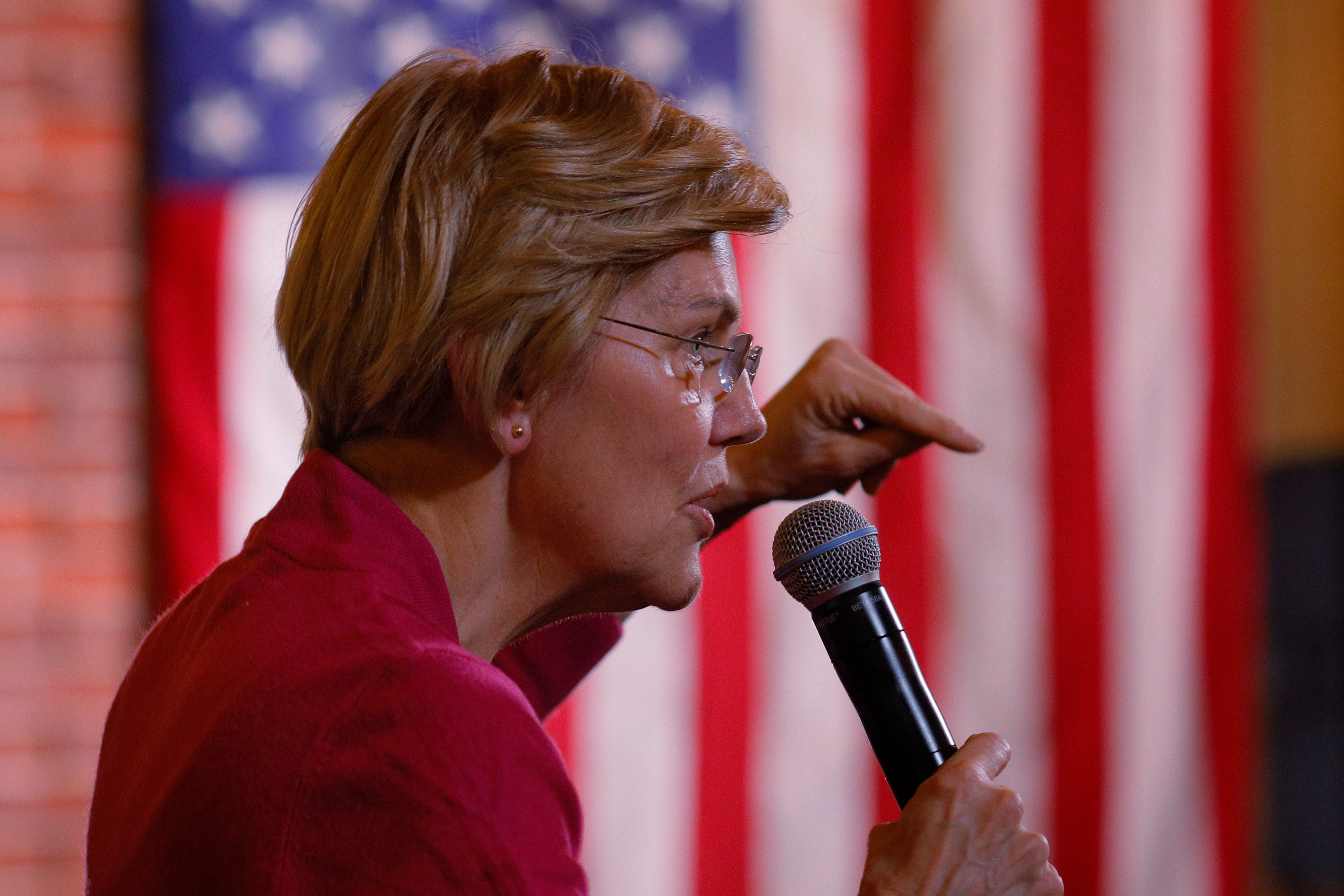 Trump also reportedly took time to comment on the escalating woes of Virginia Democratic Gov. Ralph Northam who first advocated for a late-term abortion bill and then was caught appearing in an old medical school yearbook in blackface. Northam then tried to tell reporters that he had tried a blackface routine, but was innocently imitating 1980s icon Michael Jackson at the time. (RELATED: Congressional Black Caucus: Northam ‘Has Lost The Authority To Lead’)

“Did you see that news conference?” Trump reportedly inquired. “Could you believe it? He choked like a dog.”