Pelosi referred to Ocasio-Cortez’s resolution as the “Green Dream” while talking to reporters Wednesday. The flub came a day before Ocasio-Cortez and Massachusetts Democratic Sen. Ed Markey rolled out the non-binding resolution on the steps of the Capitol. (RELATED: ‘Green New Deal’ Looks To Tackle The Scourge Of ‘Farting Cows’)

“No, I think it is a green dream,” Ocasio-Cortez said Thursday when asked if she was offended by Pelosi’s comments. “I think that all great American programs, everything from the Great Society to the New Deal, started with a vision for our future, and I don’t consider that to be a dismissive term. I think it’s a great term.”

“There is no greater champion on climate change than Nancy Pelosi,” Markey said, following up Ocasio-Cortez’s response.

Pelosi seemingly dismissed Ocasio-Cortez’s bill in an interview with Politico. Pelosi has referred to climate change as her “flagship” issue.

“It will be one of several or maybe many suggestions that we receive,” Pelosi told Politico. “The green dream or whatever they call it, nobody knows what it is, but they’re for it, right?”

The Green New Deal is an outline of objectives to transition the U.S. to 100 percent renewable energy in roughly 10 years. The resolution also calls for a variety of social justice and welfare investments, such as “repairing historic oppression” of certain groups. 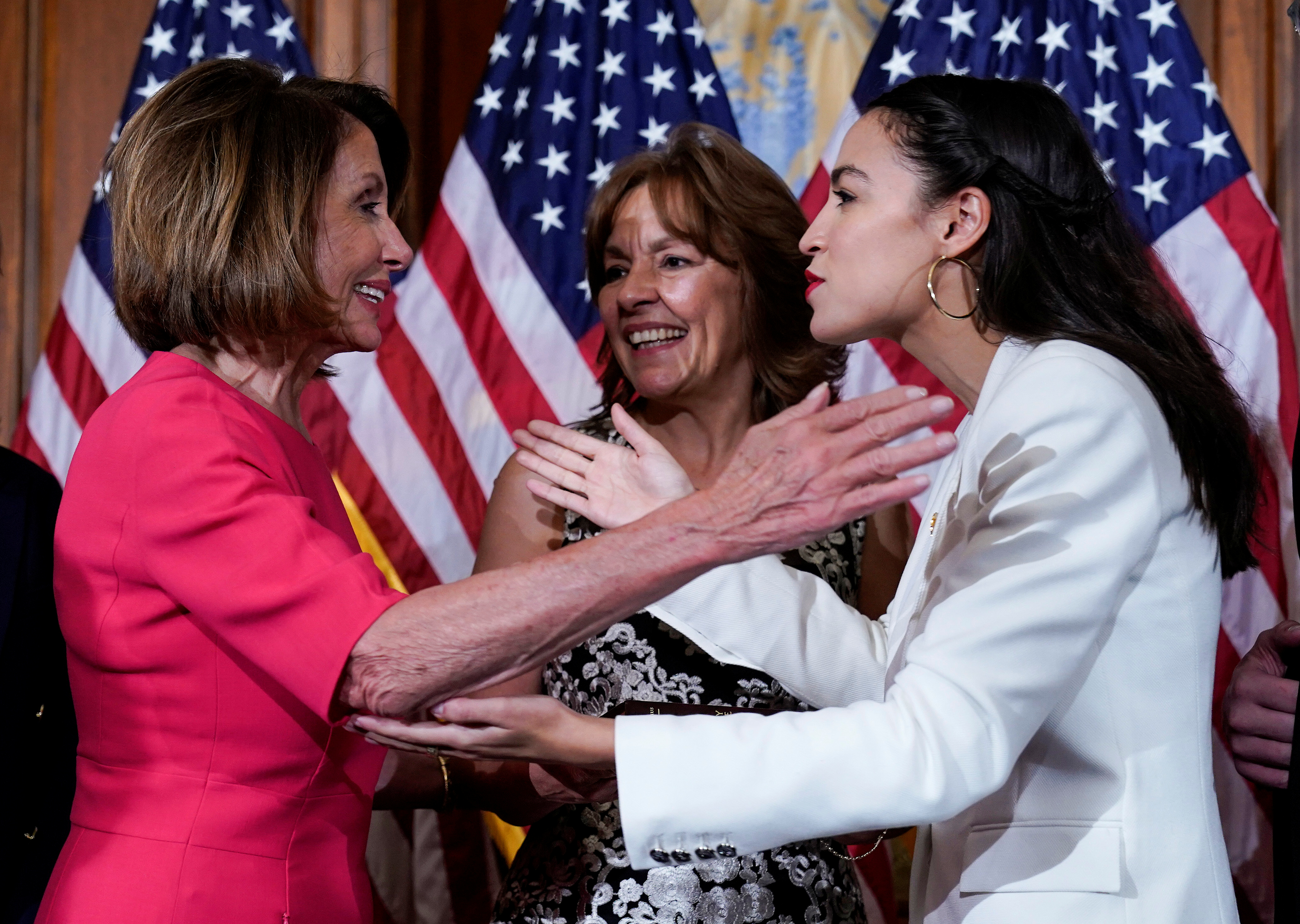 Republicans began criticizing the proposal soon after news of what was in the resolution broke.

“I guess I can understand if someone who has not had a lot of life experience and they’re proposing something that’s extremely unrealistic,” GOP Rep. Doug Lamborn of Colorado said at a House Natural Resources Committee hearing Wednesday. “But what I don’t understand is adults, grown-ups who are older and more mature are also advocating something that is impossible.”

Ocasio-Cortez’s resolution also took heat from environmentalists upset that the means and goals outlined in the document did not go far enough.

“We enthusiastically endorse the many pieces of the resolution that call for systemic change,” Friends of the Earth President Erich Pica said in a statement. “But by failing to expressly call for an end of the fossil fuel era, the resolution misses an opportunity to define the scope of the challenge.”