“The only thing I ever inherited was my mother’s dream and belief in the American dream,” Schultz said. “Because of her, I became the first person in my family to go to and to graduate from college.”

In 1974, Trump took over his father’s real estate company, which was worth $200 million by some estimates, but he did not receive that money as cash, and it would have been divided, reported Politifact. (RELATED: Democrat Jennifer Wexton Announces She Believes Justin Fairfax’s Accuser)

Trump’s father died in 1999, and his will “divided the bulk of the inheritance, at least $20 million,” between his heirs, although some of his descendants sued and later settled, reported The New York Times.

Trump’s exact inheritance from his father is unknown as he has not released all of his tax records. A Washington, D.C., judge dismissed a Freedom of Information Act lawsuit requesting access to Trump’s tax records in December 2018. 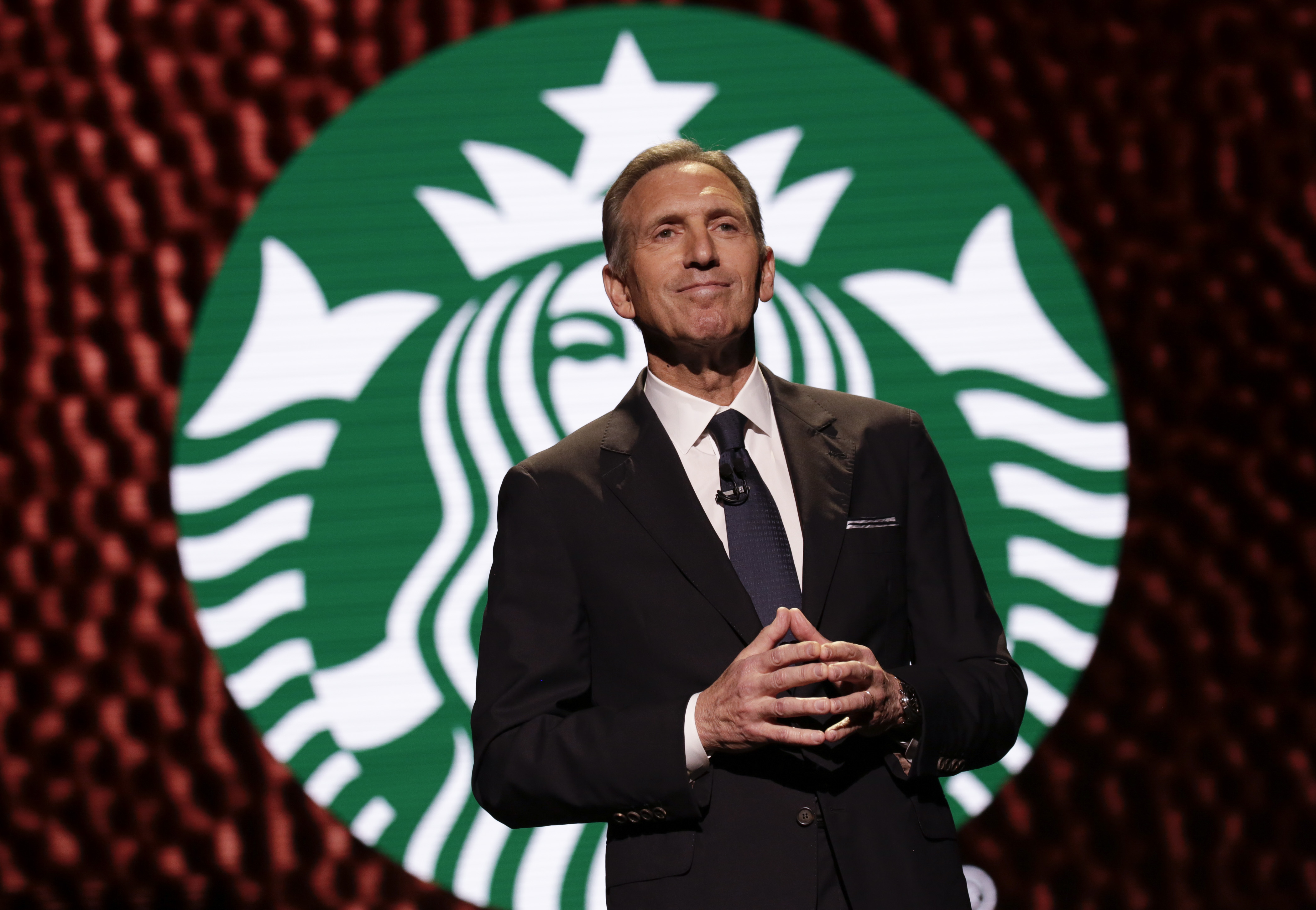 “People deserve to see the tax returns of anyone who is running for president,” Schultz added. “If I choose to run, I promise I will absolutely release my tax returns. You can clap for that.”

“I’ll never bet against him, and you shouldn’t either,” Daniels said of Schultz, indicating a possible 2020 endorsement.

“I’ve spent my life trying to make the opportunities that were available to me, education and good jobs, available to others,” he said. “For four decades, I’ve done this as a business leader. Today, I’m humbly asking whether or not I can do this in another way, and that is as a public servant.”

“It’s time for a centrist candidate not affiliated with either party to be president,” he continued.

Schultz will have another more publicized engagement Tuesday during a live CNN Town Hall where he will take questions from an audience in Houston, Texas. CNN’s decision to give Schultz so much air time prompted liberal backlash, reported The Hill.

Schultz detailed his journey from “the projects in Brooklyn” to the man behind one of the most well-recognized businesses in the U.S. in his 2019 book “From The Ground Up.” 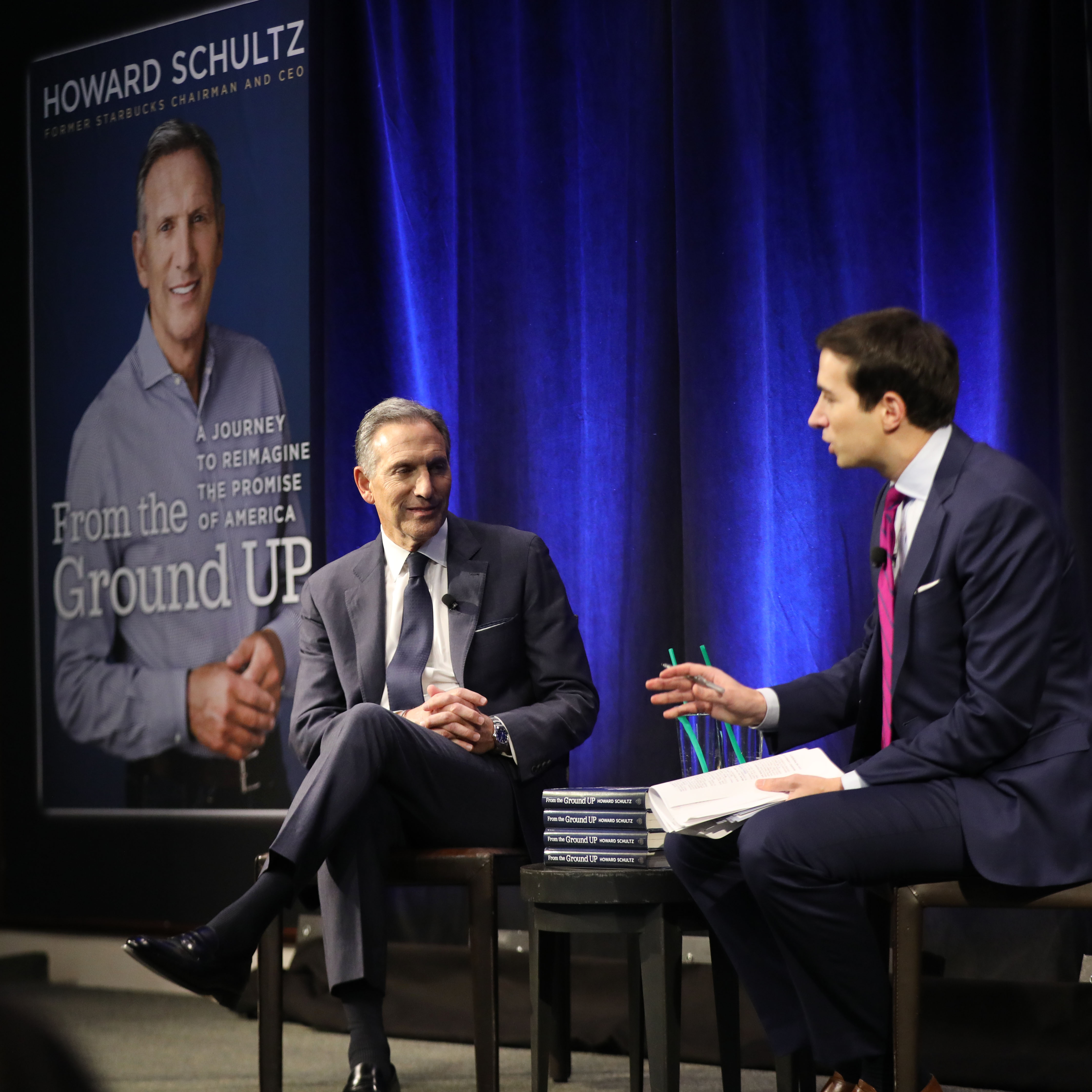 Howard Schultz, the billionaire former Starbucks CEO, speaks at a Barnes and Noble bookstore with Andrew Ross Sorkin about his new book “From the Ground Up” on January 28, 2019 in New York City. (Photo by Spencer Platt/Getty Images)

“I’ve also been criticized for being a billionaire,” he told MSNBC in January. “Let’s talk about that: I’m self-made. I grew up in the projects in Brooklyn, New York. I thought that was the American dream. The aspiration of America.”

Book deals, which can be quite lucrative, are par for the course for presidential hopefuls. Independent Vermont Sen. Bernie Sanders, a Democratic presidential candidate in 2016, made almost $1 million off his 2016 book “Our Revolution: A Future to Believe In.”

Democratic Massachusetts Sen. Elizabeth Warren released her book “This Fight Is Our Fight” in 2017 and launched a 2020 presidential exploratory committee. In addition, she received a $525,000 advance for her 2014 memoir “A Fighting Chance,” reported The Hill.