“I’ve gotten to know Karen so well. She is a Marine Corps mom, a tremendous woman, a proud supporter of military families, and she just recently went back to teaching art classes at a Christian school,” Trump said. “Thank you. Thank you, Karen.”

Pence announced in January that she would begin teaching art at Immanuel Christian School in Springfield, Virginia. She drew fierce criticism because the school reserves the right to refuse students who are homosexual or identify as transgender, claiming it violates the school’s “moral principles.” (RELATED: Vice President Pence Defends His Faith After Attack From The View’s Joy Behar)

Vice President Mike Pence defended his wife in a recent EWTN interview saying, “we have a rich tradition in America of Christian education and, frankly, religious education broadly defined. We celebrate it. The freedom of religion is enshrined in the Constitution of the United States.” 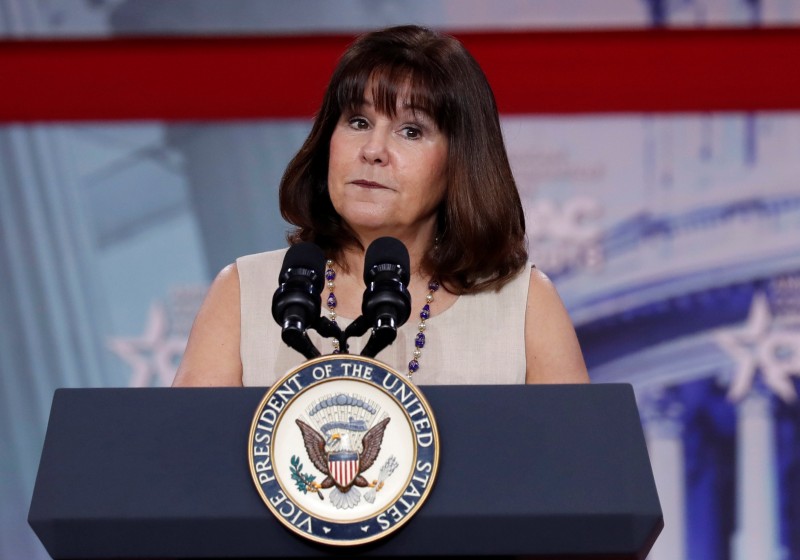 “It is our experience that families who do not share a biblical worldview will be uncomfortable with the expectations we have and the philosophy we practice,” the school’s admission policy says. “We do not discriminate on the basis of race, color, national or ethnic background. We do, however, attempt to be discerning in the area of Christian belief and practice.”

Trump addressed the attacks on Pence in an exclusive Oval Office interview with The Daily Caller last week when asked about religious bigotry within the Democratic party saying, “I think it’s a crisis for our country.”