South Carolina Sen. Lindsey Graham wants Congress to put the “Green New Deal” resolution to a vote to show Americans “what kind of solutions far-left Democrats are offering to deal with climate change.”

“Let’s vote on the Green New Deal!” Graham, a Republican, tweeted Friday. “Americans deserve to see what kind of solutions far-left Democrats are offering to deal with climate change.”

Americans deserve to see what kind of solutions far-left Democrats are offering to deal with climate change. https://t.co/VKTIyfnDCY

The resolution calls for “10-year national mobilizations” to fighting global warming by eliminating all carbon dioxide emissions from all sectors of the economy, including the power industry, agriculture, transportation and every building. 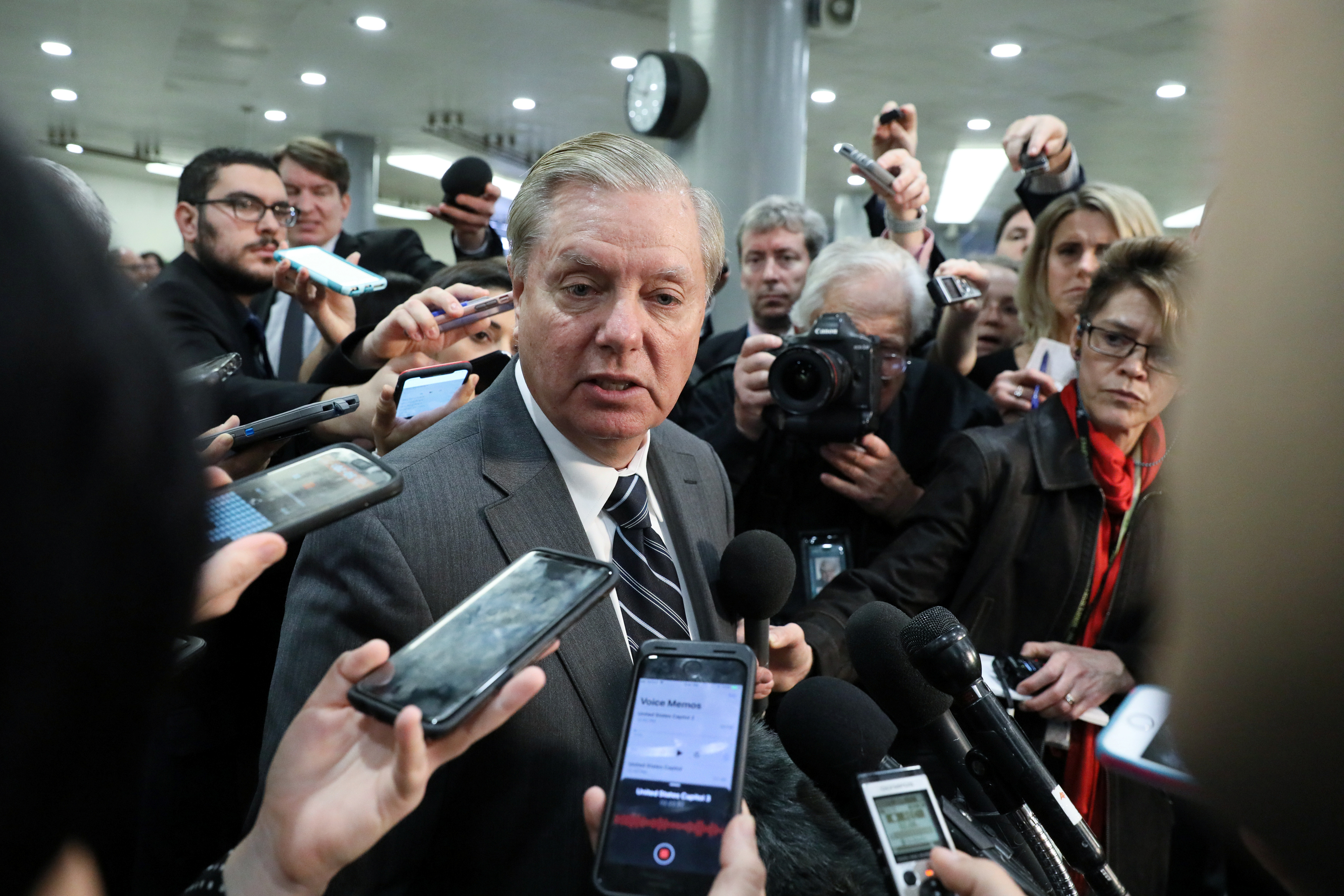 The Green New Deal also calls for “repairing historic oppression” among certain groups and putting in place a slew of welfare programs, from universal health care to government jobs guarantees.

“So really the heart of the Green New Deal is about social justice and it’s about allowing and fighting for things like fully funded pensions for coal miners in West Virginia, fighting for clean water in Flint, and fighting for the ability of indigenous peoples to take a leadership role in, in where we’re moving as a country,” Ocasio-Cortez told NPR Thursday.

Democratic 2020 presidential hopefuls cosponsored the resolution, and it’s largely been seen as a litmus test for candidates seeking the Democratic nomination. However, House Democratic leadership panned the bill and Republicans see it as a boon to their re-election prospects.

“Every Republican in the country should get on their hands and knees and thank Alexandria Ocasio-Cortez,” Andy Surabian, a former White House official, told Axios.

Graham’s comments reflect that optimism. Republicans cast the bill as “socialist” because of its unprecedented expansion of government control.