Best-selling conservative author and humorist Mark Steyn says Democrats’ Green New Deal is nothing less than a “totalitarian” attempt to “cease the movement of people” during an appearance on “Tucker Carlson Tonight” Thursday.

Steyn and Tucker discussed the environmental initiative spearheaded by New York Democratic Rep. Alexandria Ocasio-Cortez, which aims to make America free of fossil fuels and greenhouse gasses within the next decade. It also aims to “repair historic oppression” at the same time. Massachusetts Democratic Sen. Ed Markey is co-sponsoring the bill.

Since releasing some of the details Thursday, the plan has been subject to ridicule and disbelief. Ocasio-Cortez contradicted herself yesterday in two interviews about the proposed bill that she conducted within hours of each other.

The congresswoman had to delete the plan’s announcement on her website due to a series of gaffes and lowbrow terms like “farting cows.”(RELATED: ‘Green New Deal’ Looks To Tackle The Scourge Of ‘Farting Cows’)

Steyn joked that if the legislation is passed, “You can give up your Chevy Suburban and take your cow to work,” though he cautioned the plan is also “committed to ridding America of flatulent cows and airplanes.” (RELATED: Green New Deal Suggests Welfare For Those ‘UnWilling To Work.’ Is That A Mistake?)

The conservative pundit offered, “I always take a flatulent cow on an airplane as my emotional support animal … you’ve got the whole first-class compartment all to yourself.” 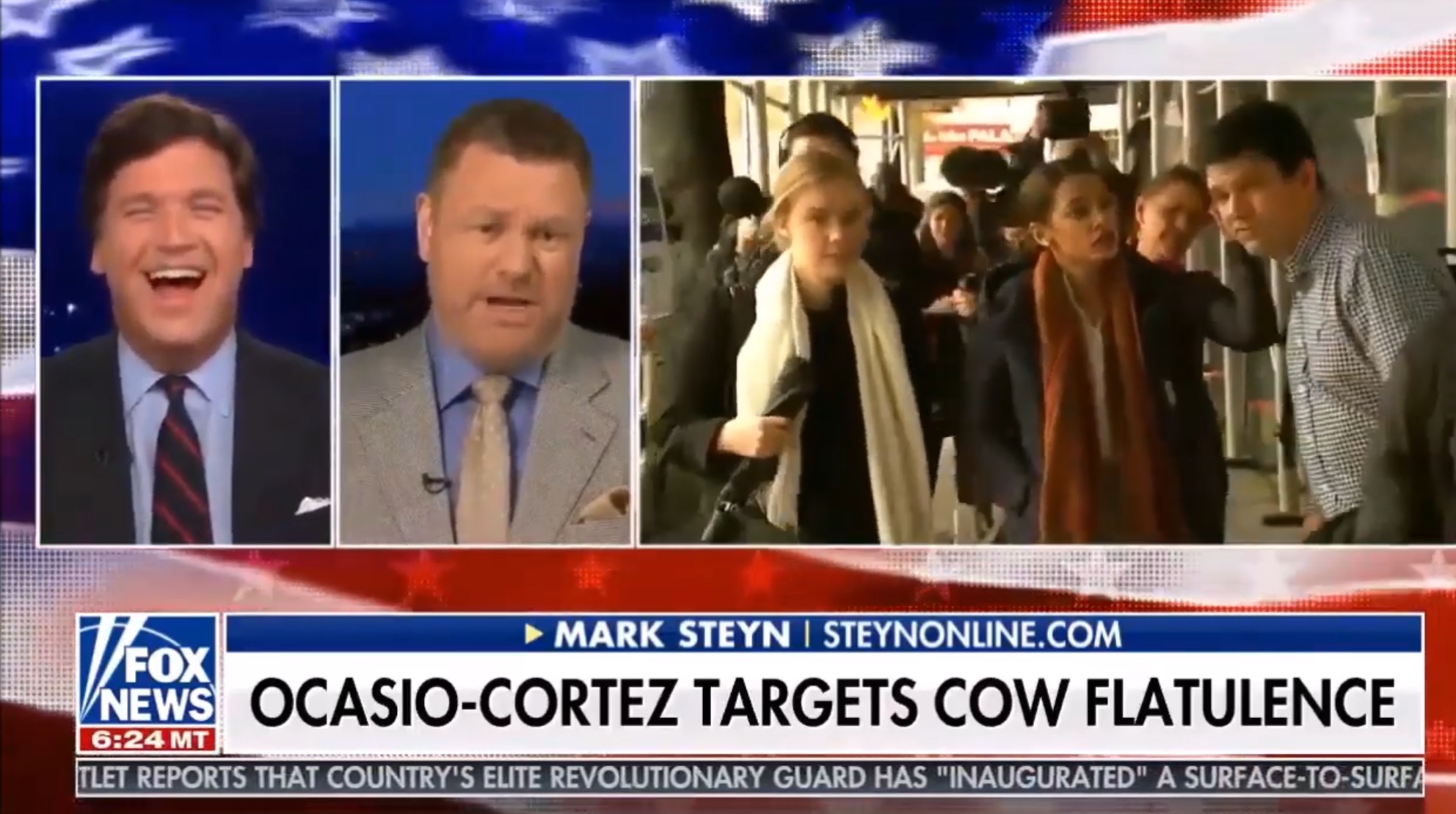 On a more serious note, Steyn cautioned that bill is ominous and talk about replacing air travel with light rail is absurd. He says the real thrust of the legislation is about controlling the movement and travel of the American people.

”When the Soviets tried to do it, we called it totalitarian,” Steyn told Carlson.