White House deputy press secretary Hogan Gidley warned of a possible government shutdown if Congress does not deliver funding for a border wall, in a Friday morning gaggle with reporters at the White House.

“We’re on the verge of a government shutdown again because Democrats won’t come to the table to have a conversation about securing the country,” Gidley warned as a Feb. 15 deadline for congressional negotiations comes to a close.

FEBRUARY 5, 2019 – WASHINGTON, DC: President Donald Trump delivered the State of the Union address at the Capitol in Washington, DC on February 5, 2019. Doug Mills/Pool via REUTERS

Trump told reporters Thursday at the White House after being briefed on the progress of the talks by Republican Alabama Sen. Richard Shelby saying, “we’ll see what happens but I certainly hear they’re working on something, and both sides are moving along. We’ll see what happens. We need border security. We have to have it. It’s not an option. Let’s see what happens.”

The negotiations are a result of a 35-day government shutdown lasting from late December to January when Trump demanded $5.7 billion in funding for his proposed wall. House Speaker Nancy Pelosi and Senate Minority Leader Chuck Schumer refused to give in to his demand and offered only $1.6 billion in border security funding, with the stipulation that no funding could be used for new construction on a wall.

Trump agreed in late January to temporarily re-open the government for three weeks until Feb. 15 and allow for a period of negotiations, stipulating that a national emergency declaration is all but certain if his terms are not met. But the negotiations have been fraught from the beginning with many of the Democrats on the conference committee saying unequivocally they will not support wall funding. (RELATED: Trump Says DACA For Wall Deal ‘Highly Unlikely’) 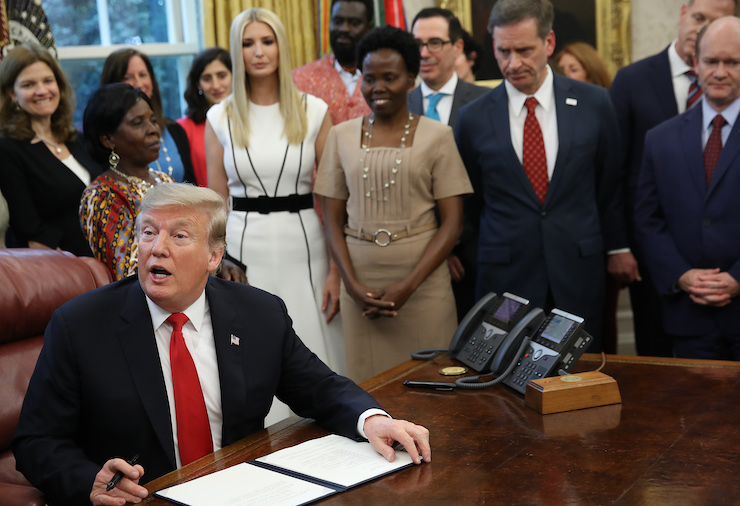 Publicly, members of the committee have expressed optimism that a deal can be reached but Gidley’s comments are a shot across the bow at Congress and a declaration that the White House is willing to put up a fight if the result is not what it desires.

Trump also continues to keep the door open to declaring a national emergency but the White House has floated in recent days that another shutdown is not out of the realm of possibilities. Vice President Mike Pence refused to rule out such a situation in a Wednesday interview with CBS News.

WATCH: Can you guarantee there won’t be another government shutdown?

“Well, I think our hope is that there’s not but I can’t make that guarantee, @JeffGlor. The simple truth is Congress needs to do their job.” — @VP Pence https://t.co/SwVoAcEVYV pic.twitter.com/ydPKN1vO8t