“I’m here with you today because this country, our country, needs a leader who will restore the solidarity that [President] Donald Trump stole, who will not cower from the big, tough battles, from the ugly injustice and oppression that still finds its way to American soil,” Kennedy said while introducing Warren. “A leader who will bring this country together, to take on our greatest threat: a system that protects the powerful and the privileged while the rest struggle to get by.”

“That leader, ladies and gentlemen, is a colleague, a mentor and a friend,” Kennedy continued. “That leader is the next president of the United States. That leader is Elizabeth Warren.”

“Everybody asks me all the time: who’s gonna be the next president of the United States? And obviously at this point it’s early to tell,” Kennedy said in April while chauffeuring O’Rourke. “I’ve got a couple dark horse candidates, Beto leads that pack.”

“For a Democrat at the moment to be able to win statewide in Texas I actually think is more difficult than to run for president,” Kennedy continued. “So Beto, I am all in.” 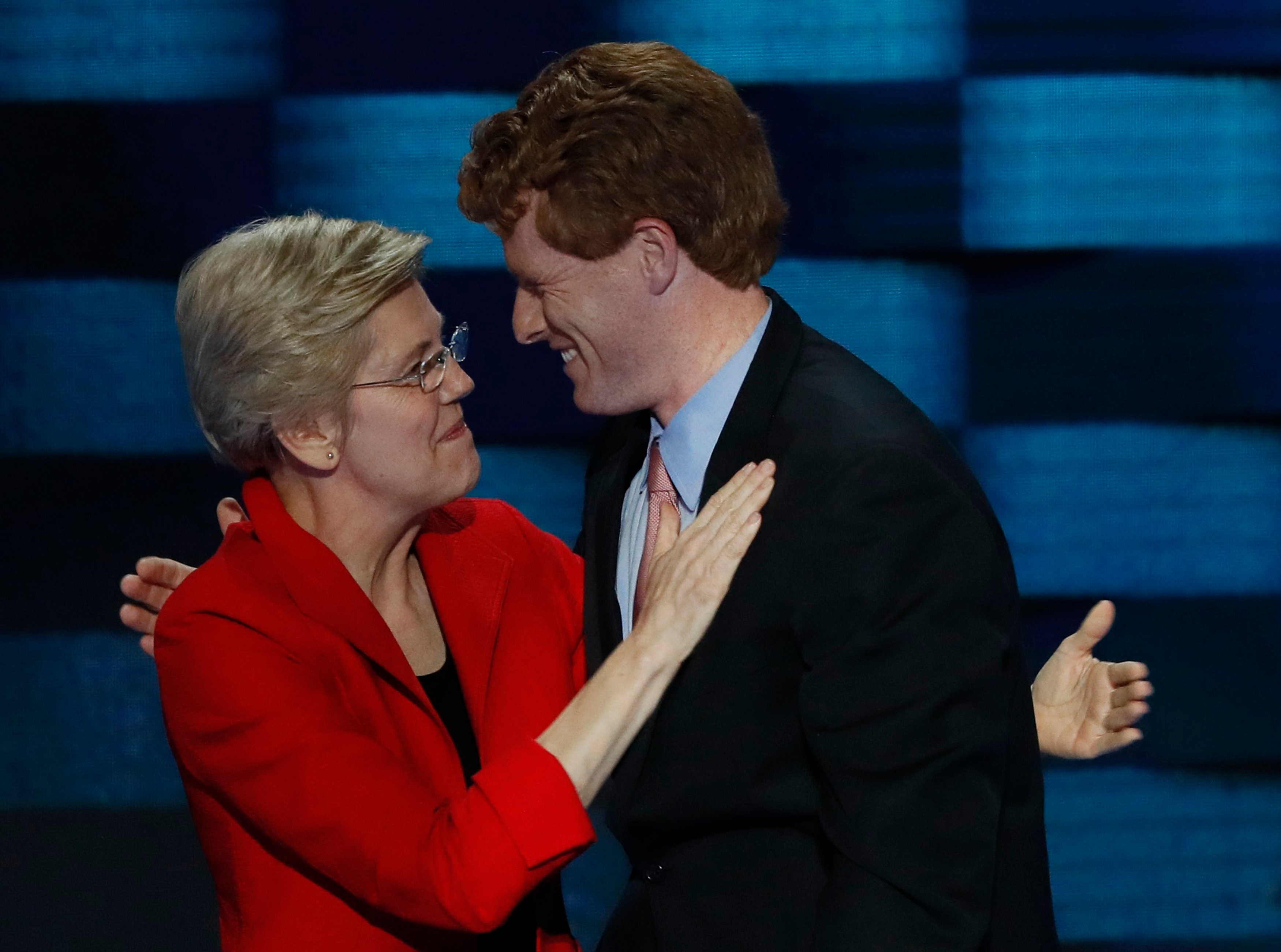 O’Rourke ultimately was not able to win statewide in Texas. (RELATED: Elizabeth Warren Makes It Official — She’s Running For President)

While the former congressman has not yet announced if he will be seeking the Democratic nomination for president in 2020, he has been polling as a top contender.

Mirroring his unsuccessful campaign model, O’Rourke set off on a solo road trip to meet voters across the country. He has been chronicling the trip on social media and raising some eyebrows with bizarre antics such as an Instagram live stream from his dental hygienist’s chair.

O’Rourke said he would make a decision about running for president by the end of February.