Democratic Minnesota Sen. Amy Klobuchar announced on Sunday that she is officially running for president on the Democratic ticket in 2020.

“Today, on an island of the mighty Mississippi, in our nation’s heartland, at a time when we must heal the heart of our democracy and renew our commitment to the common good, I stand before you as the granddaughter of an iron ore miner, as the daughter of a teacher and a newspaper man, as the first woman elected to the United States Senate from the state of Minnesota, to announce my candidacy for president of the United States.”

Klobuchar made her announcement to a snow-covered crowd in Boom Island Park, Minnesota.

Democrats strategizing a potential 2020 presidential run have largely focused on the midwest, which helped elect President Donald Trump in 2016. Klobuchar nearly stands alone as one of the possible contenders who has a successful track record in the region

“People are talking to me about [a 2020 presidential run], I think in part because I’ve worked really hard to go not just where it’s comfortable, but where it’s uncomfortable, and did well in a number of those places that Donald Trump won,” Klobuchar said in November.

Klobuchar won re-election to her U.S Senate seat in the state of Minnesota for a third term on Nov. 6. She found an easy path to victory, defeating her Republican challenger by more than 20 points. While Trump lost Minnesota by roughly 1.5 percent during the 2016 presidential election, the two politicians appeal to the same type of blue-collar workers. 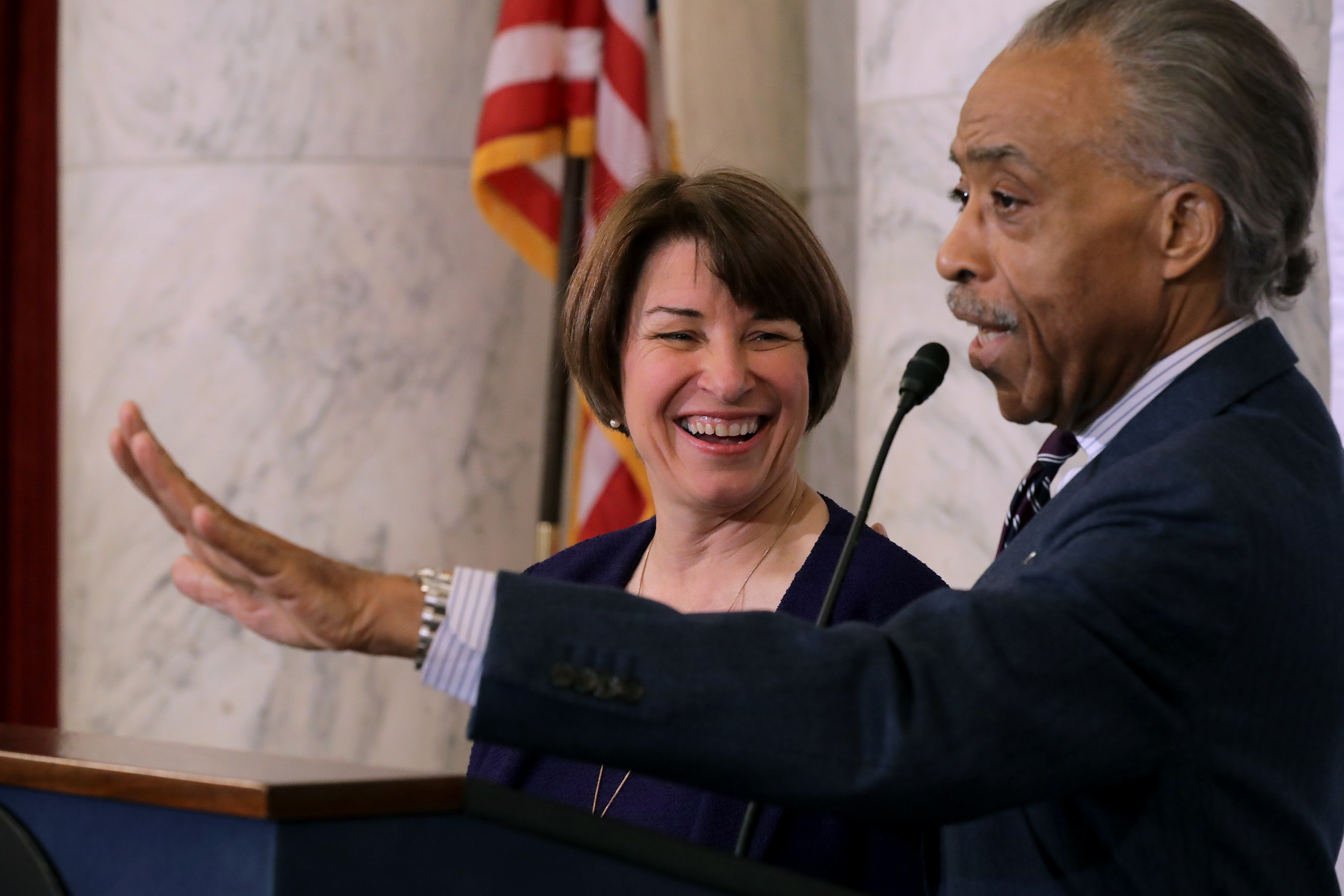 The Minnesota senator first signaled the possibility of a presidential run after visiting Iowa in October while she was campaigning for a Democratic House candidate. (RELATED: Elizabeth Warren Is Officially Launching 2020 Presidential Exploratory Committee)

Klobuchar, who sits on the Senate Judiciary Committee, gained national attention for her intense line of questioning during Justice Brett Kavanaugh’s confirmation hearing to the Supreme Court. She asked several pointed questions about his drinking habits while in high school.