Overall, residents of Virginia are more split on the question with 47 percent saying Northam should stay and 47 percent saying he should resign, according to a Washington Post/Schar School poll conducted Wednesday through Friday. When the polling data is split by race, the numbers begin to tilt.

Black Virginians believe Northam should stay in office 58-37 percent. White Virginians are slightly more likely to call for Northam’s resignation at 48-46 percent, well within the margin of error of 4.5 percent. (RELATED: ‘Unforgiveable’: Trump Calls Out Northam Over Racist Photo And Late-Term Abortion Comments)

The polling data also shows that Democrats think the governor should remain in office 57-40 percent, Republicans think he should step down 56-42 percent and Independents also think he should resign 47-43 percent.

Northam’s approval rating has dropped to 43 percent, the lowest rating of any Virginia governor in a WaPo poll since 1997.

Northam initially admitted to being in the photo and apologized. A day later on Feb. 2, Northam walked back his apology and said the yearbook photo was not of him and was added to his page without his knowledge. Northam did admit to wearing shoe polish to impersonate Michael Jackson at a 1984 dance contest.

Seven out of 10 Virginians do not believe Northam’s excuses in his Feb. 2 new conference after his earlier apology, according to WaPo. 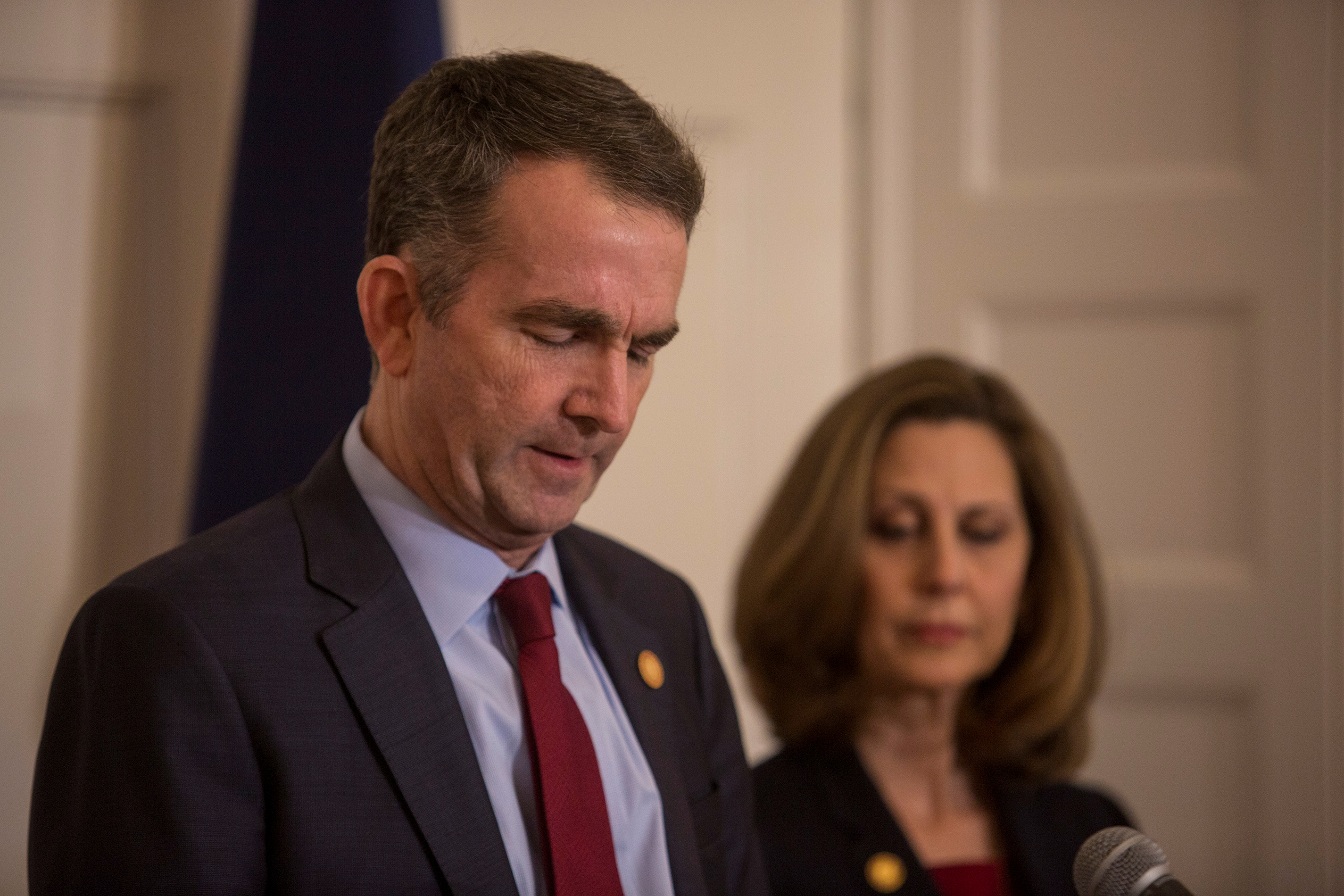 Virginia Governor Ralph Northam, accompanied by his wife Pamela Northam announces he will not resign during a news conference in Richmond, Virginia, U.S. February 2, 2019. REUTERS/Jay Paul

While continuing to deal with fallout from the scandal and following gaffes, Northam suggested that the yearbook photo controversy could make him a better governor in a Saturday interview with WaPo.

“I have a lot more to learn … The more I know, the more I can do,” Northam said. “I want to heal that pain, and I want to make sure that all Virginians have equal opportunity … and I think I’m the person that can do that for Virginia.”