Ro Khanna, a Democratic congressman from Silicon Valley, has made it his life’s work to bring well-paying, high-tech jobs to small towns across America.

“I think it’s so important that we integrate rural communities into technology,” Khanna told The Daily Caller News Foundation, explaining why the small towns that dot Middle America are a better landing place for the high-tech jobs that emanate from the San Francisco Bay Area. “There’s no reason that we should be offshoring 210,000 tech jobs, which are basic jobs.”

After winning election to Congress in 2016, Khanna has heavily focused on helping communities far outside his own district.

“We don’t all have to be rockstar tech leaders that are creating billion-dollar companies. We want to focus on what middle-class jobs in technology are going to look like,” Khanna said.

The California Democrat believes both sides have something to gain when companies like Google or Facebook open up shop in Middle America: Residents enjoy the benefits that come with more high-skilled work, and employers aren’t forced to pay the sky-high salaries required in big cities such as San Francisco.

While he may identify as a liberal Democrat, Khanna’s work on tech development has attracted widespread support across the political spectrum.

The congressman’s Valor Act, which streamlines the process companies must go through to offer apprenticeships to our nation’s veterans, was passed by a GOP-conrtolled House and Senate, and promptly signed into law by President Donald Trump in November 2017. Another piece of legislation spearheaded by Khanna, the IDEA Act, also earned the Republican president’s signature in December 2018. That bill mandated federal agencies update their websites in order to bring them on par with the private sector.

“If you want to make sure we have a unified country then do some basic things. First of all, make sure everyone is participating in the benefits of technology, not that all the wealth is just going to very, very few individuals,” Khanna said during an interview Friday with Tucker Carlson. Both Khanna and the conservative Fox News host agreed certain Silicon Valley tech firms would face a populist backlash if they continued to rip off American taxpayers with labor costs. 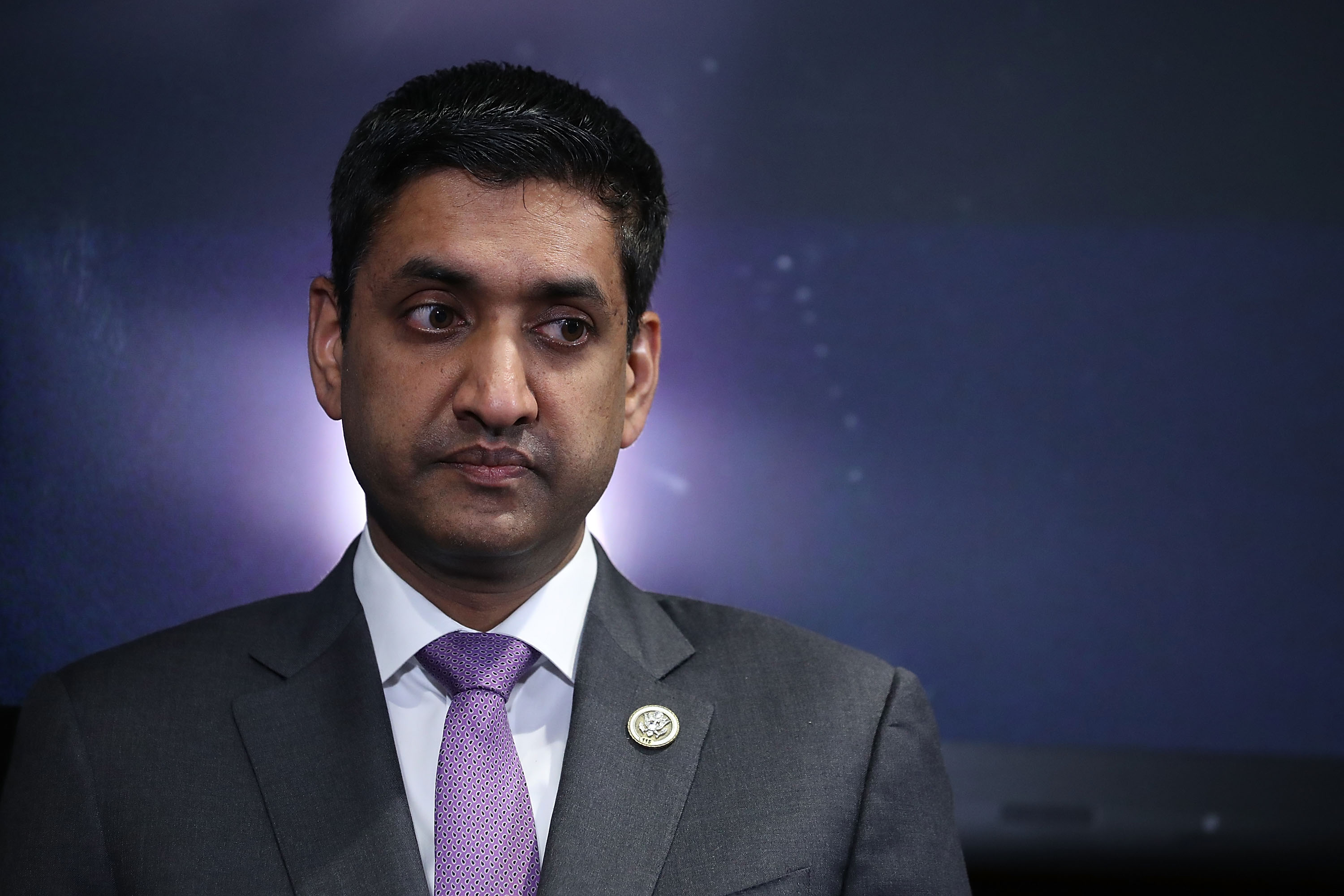 California’s 17th congressional district, which Khanna has represented since January 2017, is quite different from your typical Midwest town. The district boasts a median income of $121,000 and is home to a number of famous corporate headquarters: Google, Apple, Tesla and numerous others.

However, the West Coast lawmaker has spent countless hours traveling to rural towns that can be hard to find on a map. His quest to bring tech jobs to Middle America eventually earned him the nickname “ambassador of Silicon Valley.”

Khanna, for example, traveled with a bipartisan delegation to Paintsville, Kentucky in March 2017 in order to support an initiative that trains locals in the fields of coding and computer technology. He participated in a roundtable discussion with Silicon Valley venture capitalists in Youngstown, Ohio in an effort to bring their investment money to communities depressed with a declining manufacturing industry.

In one of his more recent trips, Khanna visited Jefferson, Iowa in December 2018 to lead a local program that seeks to attract tech jobs to rural communities. The small town of around 4,000 hosted executives from big-name companies such as LinkedIn and Microsoft, and toured an empty building that would soon house a new tech facility. The program aims to revitalize small Iowa towns that have been long plagued with underdevelopment.

It appeared the Californian’s visit to Jefferson was well received. In an op-ed from the town’s local paper, Khanna was referred to as “Jefferson’s real congressman.”

“It’s possible Ro Khanna did more for Greene County, Iowa, in 16 hours this past weekend than Steve King has in 16 years,” read an opening paragraph from The Jefferson Herald. “Yes, Khanna represents Silicon Valley, but if you were one of the Iowans [participating in the tech event], you know this, and know it well: Ro Khanna is representing Greene County, Iowa, too.”