Democrats on the bicameral Homeland Security funding conference committee are demanding that border security appropriations include a limit to the number of beds at immigration detention facilities.

The committee signaled last week that they are nearing a final border security deal that could be voted on prior to the Feb. 15 funding deadline. However, Republican Alabama Sen. Richard Shelby, a key member of the committee, revealed on Sunday morning that negotiations have hit a stalemate since Democrats demanded a limit to how many criminals Immigration and Customs Enforcement (ICE) is allowed to detain.

“I think the talks are stalled right now. I’m hoping we can get off the dime later today or in the morning because time is ticking away but we’ve got some problems with the Democrats dealing with ICE, that is detaining criminals that come into the U.S. and they want a cap on them,” Shelby said on “Fox News Sunday.” “We don’t want a cap on that.”

The Democrats have proposed a new 16,500 bed cap on the number of detention beds that would be used for interior enforcement, meaning individuals that are apprehended for violations within the United States, reported The Wall Street Journal. That cap would also apply to violent criminals.

“A cap on ICE detention beds will force the Trump administration to prioritize deportations for criminals and people who pose real security threats, not law-abiding immigrants who are contributing to our country, “California Democratic Rep. Lucille Roybal-Allard, a ranking member of the Homeland Security funding conference committee said in a statement. 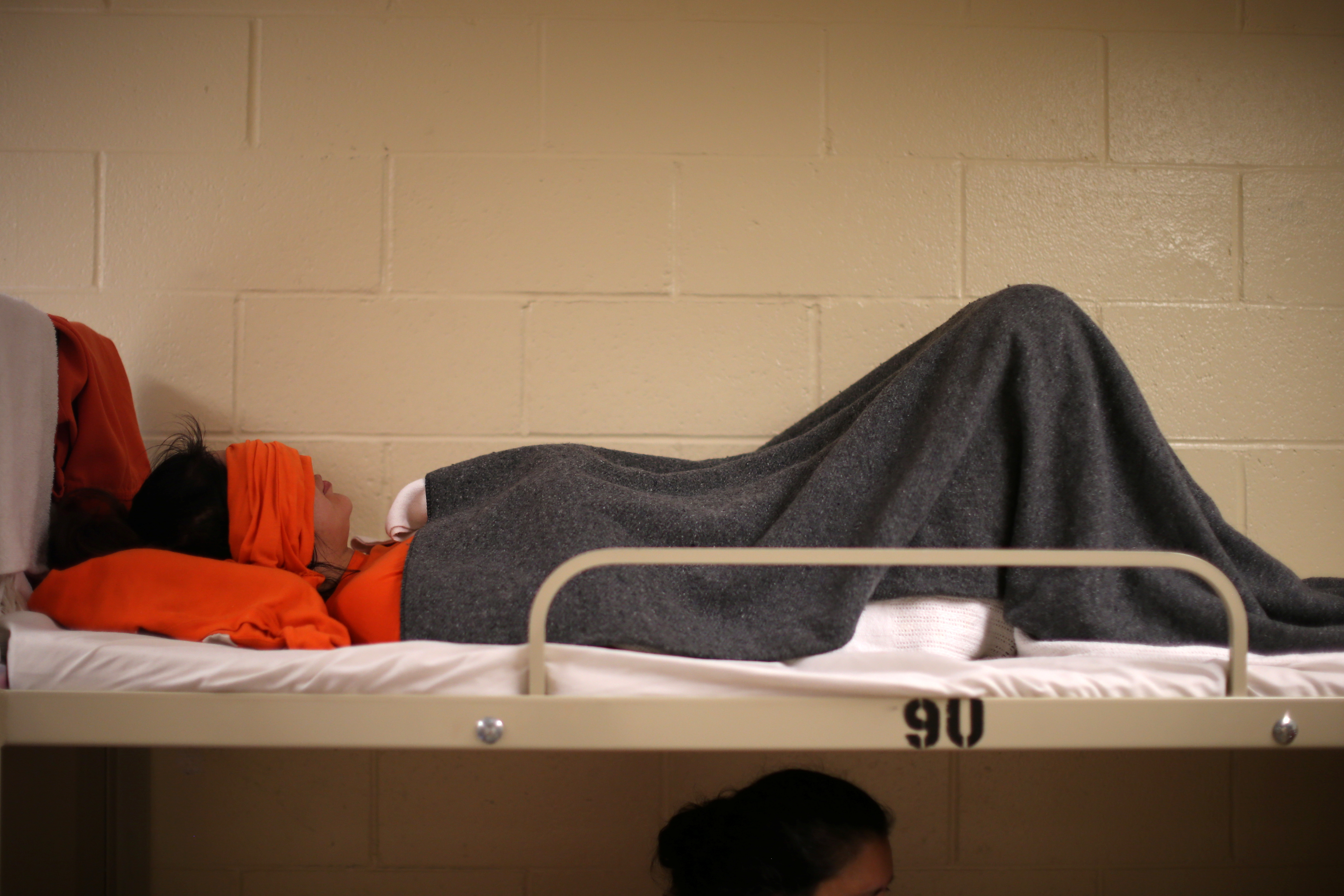 Republicans have condemned the proposal and are demanding that violent criminals be excluded from that cap since ICE would have to release any individuals that are apprehended if the limit is reached. (RELATED: Trump Accuses Democrats Of Pushing For A Government Shutdown To Distract From ‘Very Bad Week’)

“Democrats now want a hard cap on the number of beds at ICE detention facilities. How is that a serious or defensible position?” Freedom Caucus chairman Mark Meadows tweeted. “They are openly trying to hamstring law enforcement and make it easier for thousands of migrants (some with criminal records) to be released into the US.”

“Now, apparently, not only is it enough they want to abolish ICE. They want to abolish the bed spaces available to the country to house violent offenders so they can be held and deported,” Republican South Carolina Sen. Lindsey Graham said on Fox News. “I promise you this. Donald Trump is not going to sign any bill that reduces the number of bed spaces available to hold violent offenders who come across our border. He can’t do that. He won’t do that.”

Border state Republicans have also been vocal in their opposition to the policy proposal, including Texas Sen. John Cornyn and Texas Rep. Dan Crenshaw who noted “this is terrible policy.”

“Democrats are more concerned about releasing illegal immigrants, particularly ones charged with or convicted of crimes into our communities than in securing the border for the benefit of American citizens or migrants,” Texas Republican Rep. Chip Roy told The Daily Caller News Foundation.

A spokesman for Republican Texas Sen. Ted Cruz told TheDCNF Cruz “does not think we should artificially limit the resources that ICE needs to protect this country, including the number of beds needed.”

“ICE Agents risk their lives to protect American citizens and immigrants from violent criminals, drug cartels, and human traffickers,” the spokesman continued. “Sen. Cruz will continue to support the brave men and women who serve as ICE agents, and to be an advocate for the role ICE plays in keeping our country safe.”