After 15 months of wage negotiations, Denver teachers will resort to going on strike Monday in an effort to spark a new deal, according to CNN.

It is estimated that about 2,100 teachers will participate in the first Denver strike in 25 years, which will leave about 92,000 students over 160 public schools without their teachers indefinitely. Additionally, over 4,000 preschool students will not have school due to the lack of licensed staff, the Denver Post reports.

“Education is a right, that is why we have to fight.”

“Whose Schools? Our schools.”

The Denver teachers have been calling for an increase in base salaries as income from year to year is uncertain due to unpredictable bonuses.

The Denver Classroom Teachers Association (DCTA) and the Denver Public Schools (DPS) attempted to remedy the tense situation over the weekend, but talks fell apart as the strike loomed. (RELATED: Here’s Everything We Know About The Los Angeles Teachers’ Strike So Far)

“We felt that we had to use the last tool in our tool chest to get them to listen,” said lead negotiator for the DCTA. “We think it’s important that DPS sees and knows and understands what it’s like not to have teachers in the classroom.”

On the other side, Denver school public officials say that they offered what teachers are asking for.

“I am extremely disappointed that the DCTA walked away from the table,” said Superintendent Susana Cordova. “We presented an updated proposal that responds to what we heard from our teachers.” 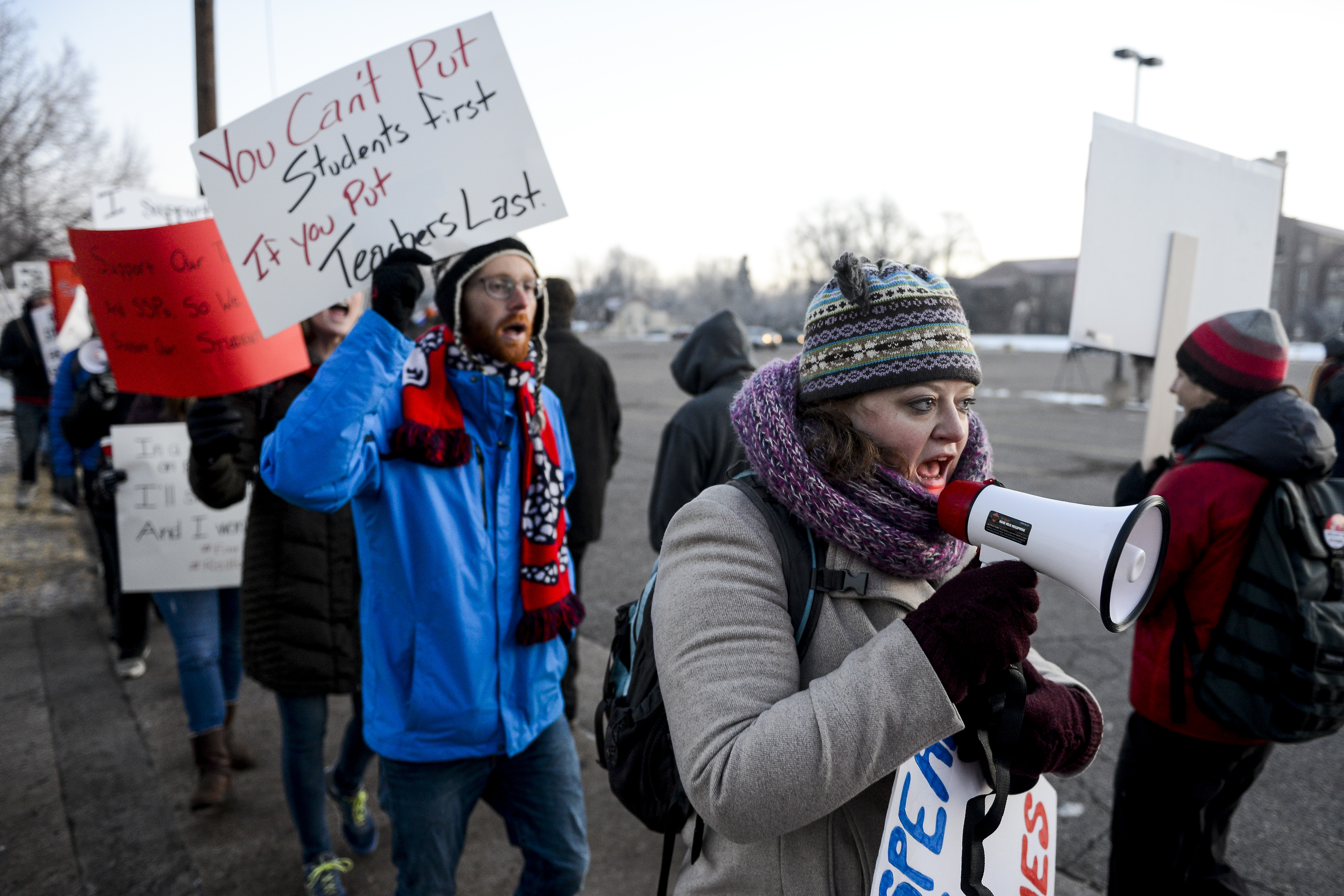 Spanish teacher Kelsey Brown remains disappointed with her salary, saying, “You can’t bank anything on what you’re going to make each year because they have these little bonuses that come and go. Two years ago, I made more than I’m making now.”

The Denver Public Schools offered the teachers $23 million in funds for teacher salaries, a $55 million investment over the next three years and an increase to new teacher starting salary at $45,800 on Saturday, according to CNN.

Marching in #Solidarity with ⁦@DenverTeachers⁩ this morning. Incredible support from the community, chanting and honking and bringing supplies. #RedforEd #FairPayForTeachers pic.twitter.com/ca8fOnIIRT

“We are incredibly disappointed that on the last day of bargaining and less than two days before a strike, they doubled down on one-time incentives teachers do not want, and the data shows do not work to keep teachers in their schools,” said DCTA President Henry Roman.

However, public school officials and teachers hope to reach a deal before next week. (RELATED: What The Recent Teacher Strikes Say About School Choice)

“We’ve got Thursday, Friday, Saturday, Sunday into Monday,” said Cordova. “Let’s spend as much time possible in negotiations. Let’s clear our calendars to do that.”