The message, right below the chain’s four location addresses and above its spot for $1.37 whole roasted pork loin – said: “Heaven has a wall, a gate, and a strict immigration policy. Hell has open borders. Let that sink in.” 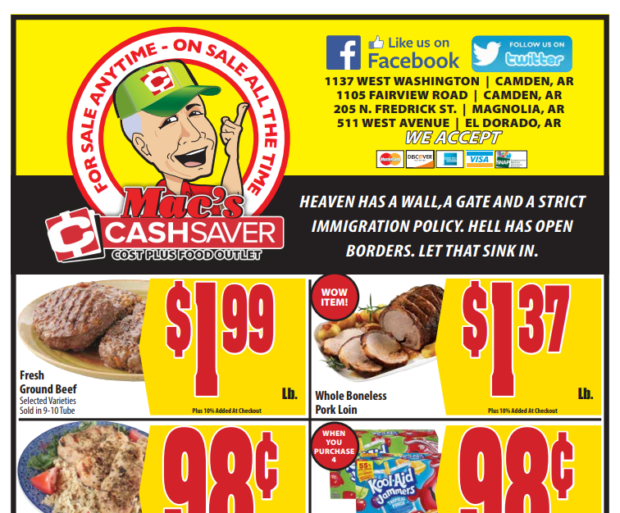 Though the store has received plenty of attention for the ad, store officials told KARK4 that the mailer normally does include some sort of political or religious message. The network’s video coverage described the business as a “family-owned Christian grocery store.”

While some customers reportedly took issue with the ad, others agreed.

“I didn’t have a problem with it,” customer Logan Reede told KARK4. “If they want to come here, they can come here legally.” (RELATED: Christian Theologian Makes Case That God Supports Trump’s Border Wall)

“They’re just making a political spin out of it and getting the wrong idea of what it really means,” manager Jack Digby told the media outlet, adding that the message came from the store’s owner. “I am for this company and I am for God. There’s nothing wrong with what that statement says.”