“Let’s not forget that Jeff Bezos sent dick pics to his girlfriend while married. Media is celebrating him.”

“Jeff Bezos is uber-rich. He controls his businesses. Also has kids, parents, a wife, shareholders… Even rich people want to avoid embarrassment. Not allowing himself to be blackmailed took guts. It’s a lesson for us all: 1. confront things head on; 2. don’t send naked selfies.” — Ana Navarro, CNN commentator, host, ABC’s “The View.”

Lefty reporter says if you like Trump you’re a POS

“What’s the point of having this exam at all if the results aren’t honestly transmitted to the public? Why have we never had real medical results or tax returns from @realDonaldTrump? Why is one person in history allowed to get away with this corruption?! No one, medical expert or not, who has looked at, watched, or listened to that obese, lazy, sniffling, hyperventilating pasty man would ever in their right mind think he could even remotely be in decent health. Why is this even a debate?” — Jamie Schler, food and culture writer, The Washington Post.

She also masquerades as as sugar daddy/baby expert.

“One of life’s great pleasures (at least for me) is eating a meal alone with a great book, magazine, or even with my laptop or iPad.” — Yashar Ali, HuffPost, New York Mag.

“Today Elizabeth Warren, sometimes referred to by me as Pocahontas, joined the race for President. Will she run as our first Native American presidential candidate, or has she decided that after 32 years, this is not playing so well anymore? See you on the campaign TRAIL, Liz!”

JAMIL SMITH: “I try to never dignify this man’s tweets, but there is little doubt here that he uses ‘TRAIL’ to evoke the genocidal Trail of Tears, and does so to land a political jab. Warren has taken justifiable heat on this issue—but he used the murders of Indigenous people as a punchline.”

“Yes, because Trump is noted for his knowledge of 19th century American history vis a vis the native population. Jeez.”

DAVID MARTOSKO: “Trump chose a portrait of Andrew Jackson to hang near his desk in the Oval. I can tell you from personal experience that he’s aware of the Trail of Tears because I’ve asked him if he thought about it. But it’s still an open question whether he meant to reference it here.”

“Of course Trump is making a Trail of Tears joke. To even leave open the possibility that it’s some other trail is stupid and dangerous. I mean, which part of “Andrew Jackson is my favorite president” didn’t everybody understand?” — John Stanton, former BuzzFeed reporter.

Journo has advice: Stop blowing your money on dining out

“Here’s some free advice: if you’ve gone out/ordered in every single meal for the last 6 months, and you start wondering how much money that is, so you pull up your bank account and start adding it up, just don’t do that.” — Nate Blogg, Barstool Sports.

Jill Abramson lamely tries to save her book

“Remarkable interview right now between @JillAbramson & @brianstelter. She just is flat out refusing to concede she plagiarized, suggesting it is okay to take people’s words if you put an endnote 300 pages later.” — Oliver Darcy, media reporter, CNN. Abramson “wrote” Merchants of Truth. Read all about what a VICE reporter thinks of what she has done.

“Some personal news: I am very happy to announce that I just set new personal record for longest CVS receipt for a single-item purchase at 58.5 inches.” — Ryan Struyk, CNN.

Sen. Gillibrand figures out how to eat chicken

“Eventually the food is served & Gillibrand starts to eat her fried chicken with a fork. She looks around, sees other people eating with their hands and says ‘Um Kiki, do we use our fingers or forks for the chicken?’ Kiki said to use her fingers, and use her fingers she did.” — Jasmine Wright, CNN political campaign embed. 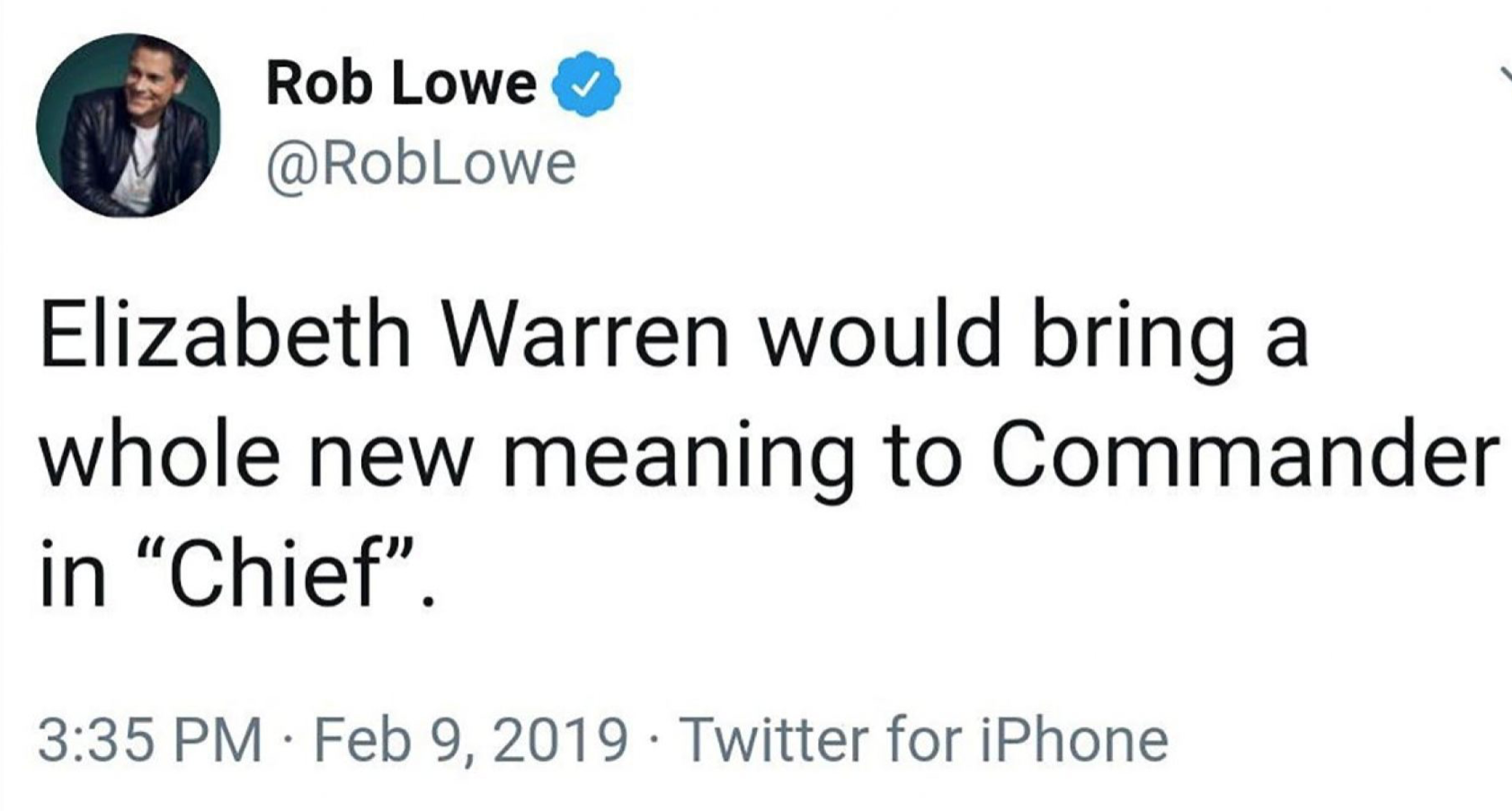 The peanut gallery: “Rob Lowe deleted his moronic, ignorant tweet about Elizabeth Warren. He is triggered and I am here for it.” — Elizabeth Thorp, editor-in-chief, PYPO Studio, appeared in House of Cards.

“I really don’t understand the fascination with having to get the newest, latest phone. My iPhone 7 Plus works just fine. In fact, I had the batter changed in my 6 Plus and that works great too. I use it for my drone and a 2nd live streaming camera. Don’t go broke chasing BS!” — Roland Martin, host, Roland Martin Unfiltered.

In other Ann Coulter news… here’s what she said about Sen. Amy Klobuchar‘s (D-Minn.) presidential rollout:

“An angry snowman was yelling at me on TV today. I think it wants to be president.”

TV journo explains why she wears a cross

“I wear my necklace everyday because God/faith is an important part of my life. I’ve worn a cross since I was a child. Any other questions?” — Madison Gesiotto, TV commentator, columnist, The Hill.

“Heading to Colorado for vacation for 5 days. Please send tips on how to take vacation.” — Chuck Ross, reporter, The Daily Caller News Foundation.

ABC “The View” co-host Meghan McCain revisits Ivanka and Jared Trump attending her father’s funeral. Here. One America News Network‘s Jack Posobiec remarked, “Petty.” She reminded viewers who she is on a recent episode of “The View.”

How FNC’s Tucker Carlson helped save this guy’s life and throw his weed out the window. Here.