President Donald Trump called out the Iranian regime for producing 40 years of “corruption,” “repression” and “terror” in a tweet Monday on the anniversary of the country’s 1979 Islamic Revolution.

“40 years of corruption. 40 years of repression. 40 years of terror. The regime in Iran has produced only #40YearsofFailure. The long-suffering Iranian people deserve a much brighter future,” Trump wrote on Twitter Monday.

40 years of corruption. 40 years of repression. 40 years of terror. The regime in Iran has produced only #40YearsofFailure. The long-suffering Iranian people deserve a much brighter future. pic.twitter.com/bA8YGsw9LA

Trump also shared another tweet with the same message in Farsi, which is widely spoken in Iran. (RELATED: Trump Defends Plan To Withdraw From Afghanistan And Syria: ‘Unlimited Spending And Death’)

Iranians celebrated the 1979 overthrow of Shah Mohammad Reza Pahlavi, who was supported by the U.S., “waving Iranian flags, chanting ‘Death to America’ and burning U.S. and Israeli flags,” reported The Associated Press.

Trump’s message comes less than two weeks after he criticized his intelligence chiefs for not considering Iran enough of a threat. 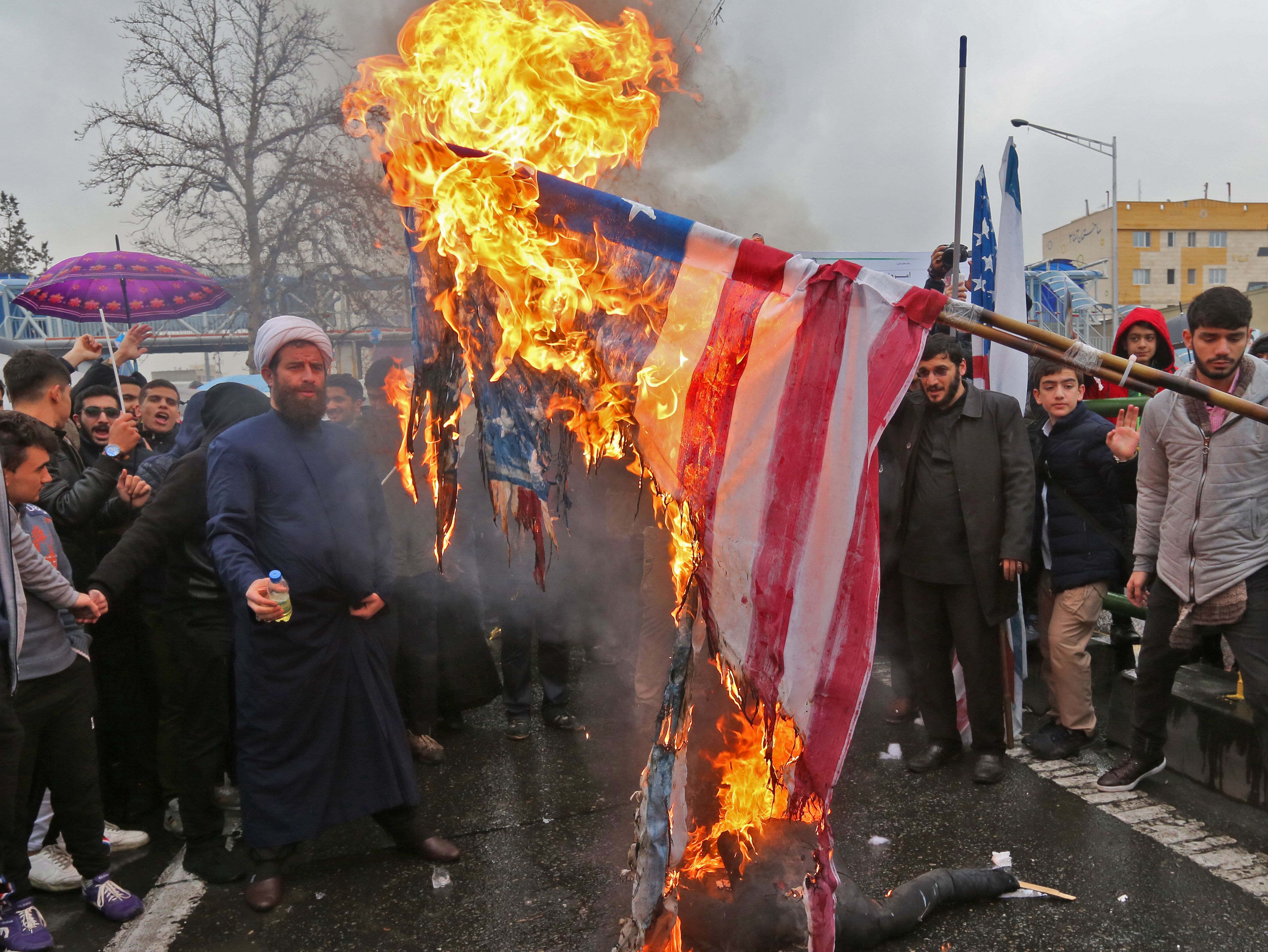 Iranians burn flags of the United States during commemorations of the 40th anniversary of Islamic Revolution in the capital Tehran on February 11, 2019. (Photo by ATTA KENARE / AFP) (Photo credit should read ATTA KENARE/AFP/Getty Images) 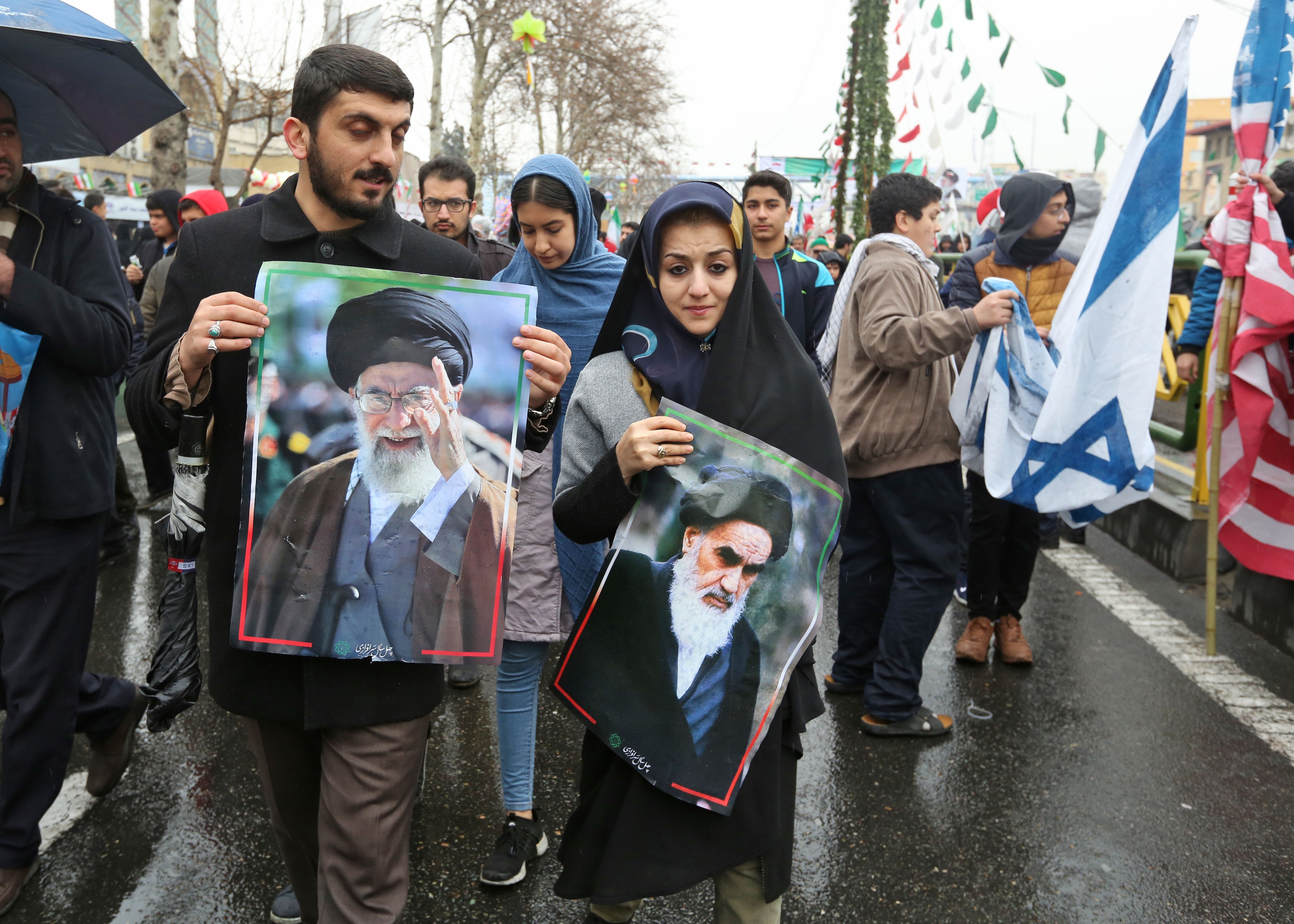 An Iranian man marches with a portrait of the country’s Supreme Leader Ali Khamenei (L) alongside a woman holding up another of Islamic Revolution founder Ayatollah Ruhollah Khomeini (R) during a ceremony celebrating the 40th anniversary of Islamic Revolution in the capital Tehran on February 11, 2019. (ATTA KENARE/AFP/Getty Images) 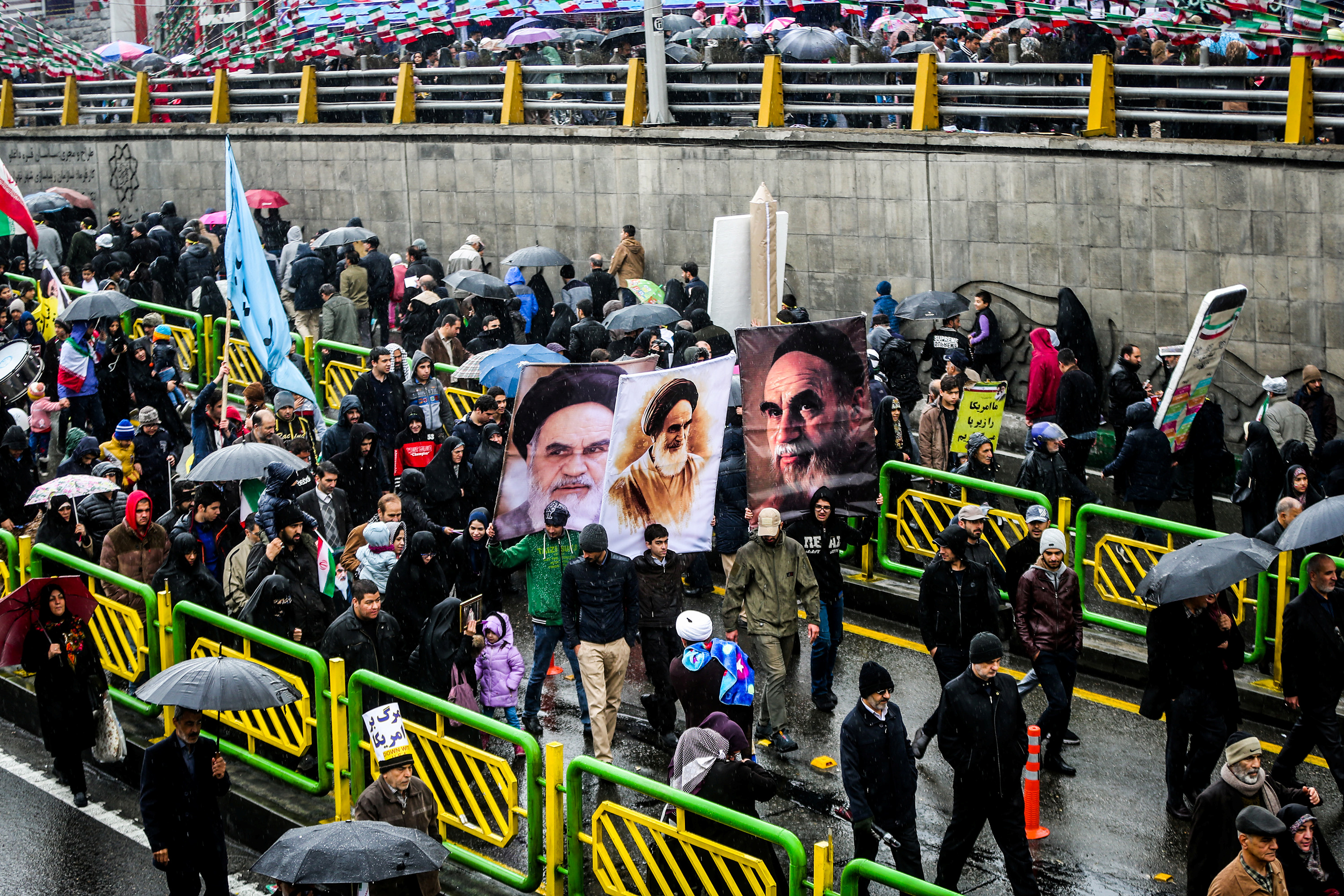 “The Intelligence people seem to be extremely passive and naive when it comes to the dangers of Iran. They are wrong!” he wrote on Twitter Jan. 30.

Trump said he envisioned keeping U.S. troops in Iraq “because I want to be able to watch Iran” during an interview with Margaret Brennan of CBS News that aired Feb. 3.

Trump withdrew from the Iran Nuclear Deal on May 8 and vowed to place sanctions on Iran because of the agreement’s “lack of perpetual ban on a nuclear program and how it fails to address the Islamic Republic’s malign activity across the Middle East,” reported The Daily Caller. The agreement still stands as a deal between Iran and countries other than the U.S.

Iran’s supreme leader Ayatollah Ali Khamenei has repeatedly threatened to ditch the 2015 nuclear deal should it no longer work in his country’s favor, claiming the agreement was simply a means to an end for his government.