Washington Post fact-checkers ruled Democratic New York Rep. Alexandria Ocasio-Cortez’s claim of “doctored” Green New Deal FAQ documents floating around as “misleading,” but the outlet curiously did not give her any “Pinocchios.”

“No one created ‘doctored’ versions of the Green New Deal that included these outlandish proposals,” Post fact-checker Salvador Rizzo wrote in an article published Monday.

Ocasio-Cortez released her Green New Deal resolution Thursday, but was quickly ridiculed because the bill’s accompanying FAQ contained anti-nuclear energy language, mentions of getting rid of “farting cows” and airplanes and welfare for people “unwilling to work.” (RELATED: What’s Really Motivating The ‘Green New Deal’? Ocasio-Cortez Straight Up Told Us)

The furor over those gaffes eventually forced Ocasio-Cortez to take the FAQ off her congressional website by Thursday afternoon. Her staff quickly went into damage control mode. 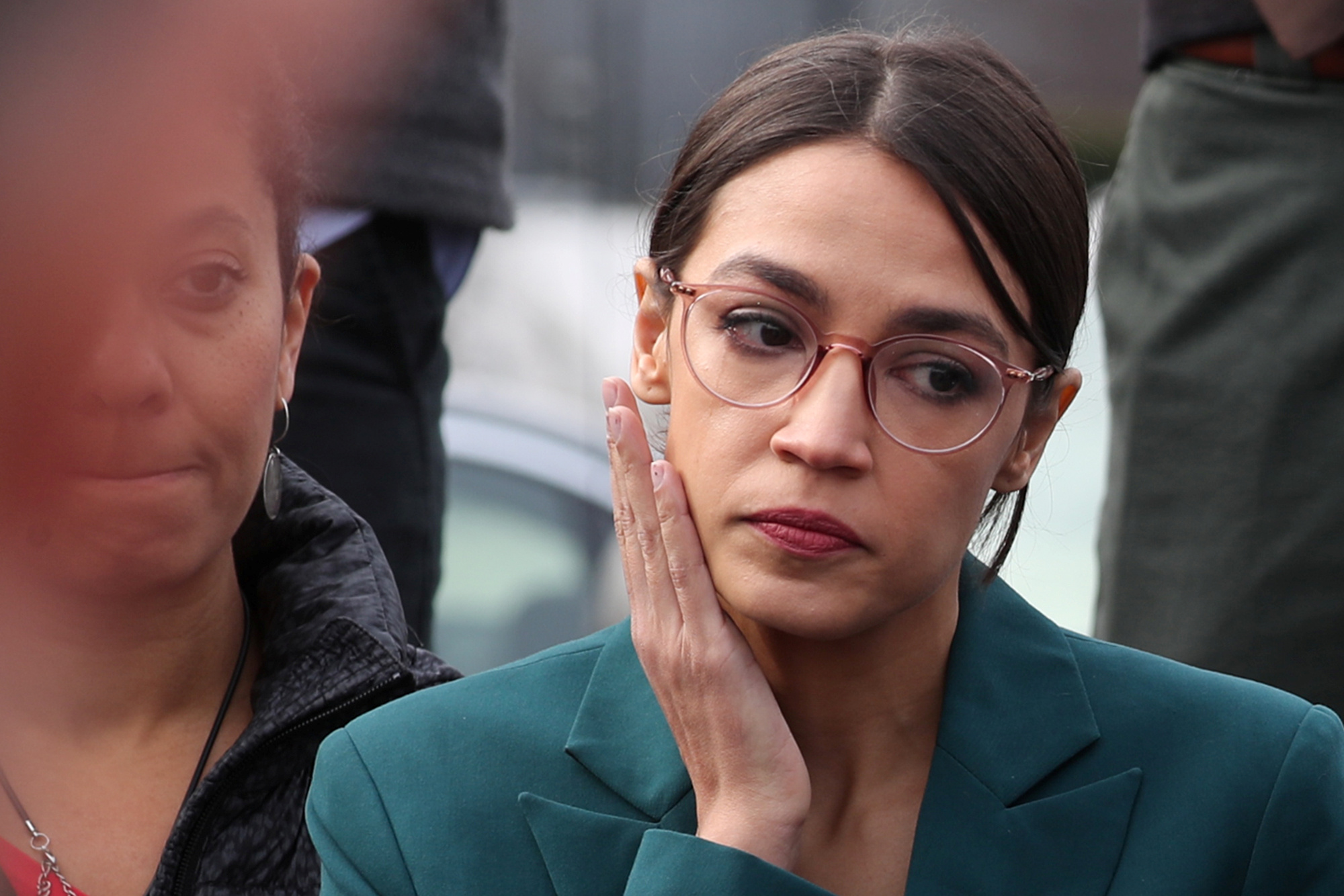 U.S. Representative Alexandria Ocasio-Cortez (D-NY) wipes away tears as Representative Ilhan Omar (D-MN) talks about her own experience as a refugee during a news conference to call on Congress to cut funding for ICE (Immigration and Customs Enforcement), at the U.S. Capitol in Washington, U.S. February 7, 2019. REUTERS/Jonathan Ernst.

“If you look at [Ocasio-Cortez’s] latest tweets, it seems that apparently, some Republicans have put it out there,” Hockett told Carlson.

Hockett later admitted to TheDCNF that he was wrong. The Post’s Rizzo dinged Ocasio-Cortez for claiming a “doctored” FAQ was the source of Green New Deal gaffes.

It is “misleading for Ocasio-Cortez to mention ‘doctored’ materials as she responds to these attacks,” Post fact-checker Salvador Rizzo wrote Monday. “Most of the criticism she is responding to was based on documents from her office, not on fake plans for ‘recycling urine.'”

However, Rizzo did not award any “Pinocchios” to Ocasio-Cortez or Trump. A “Pinocchio” is how The Post rates truthfulness — the more “Pinocchios,” the bigger the fib.

“There’s a case to be made that the criticism about ending airplanes and cows was a stretch to begin with, since the resolution didn’t mention any of that and the FAQs were not definitive on those points,” Rizzo wrote.

“But Ocasio-Cortez has now disowned the FAQs and the statements that went beyond the resolution,” Rizzo added. “The line about providing for people “unwilling to work” has been walked back completely. So we won’t be awarding any Pinocchios in this kerfuffle.”