Here’s A List Of Some Of The Most Unusual Animals, Reptiles Available At A Typical Wuhan Wet Market
David Hookstead Smoke Room Editor-in-Chief
February 12, 2019 8:15 AM ET
Font Size:

Alabama’s football program might win a ton of national titles, but they won’t be winning a spelling competition anytime soon.

In a now deleted tweet from Monday afternoon, the football team fired off, “Forgot you’re Valentines?? We’ve got you covered! #OutLoveYesterday #RollTide.” Yes, one of the most power sports organizations on the planet doesn’t know the proper you’re/your usage.

The tweet has since been deleted, but not before my trigger fingers snatched a screenshot. Take a look at this atrocity below. 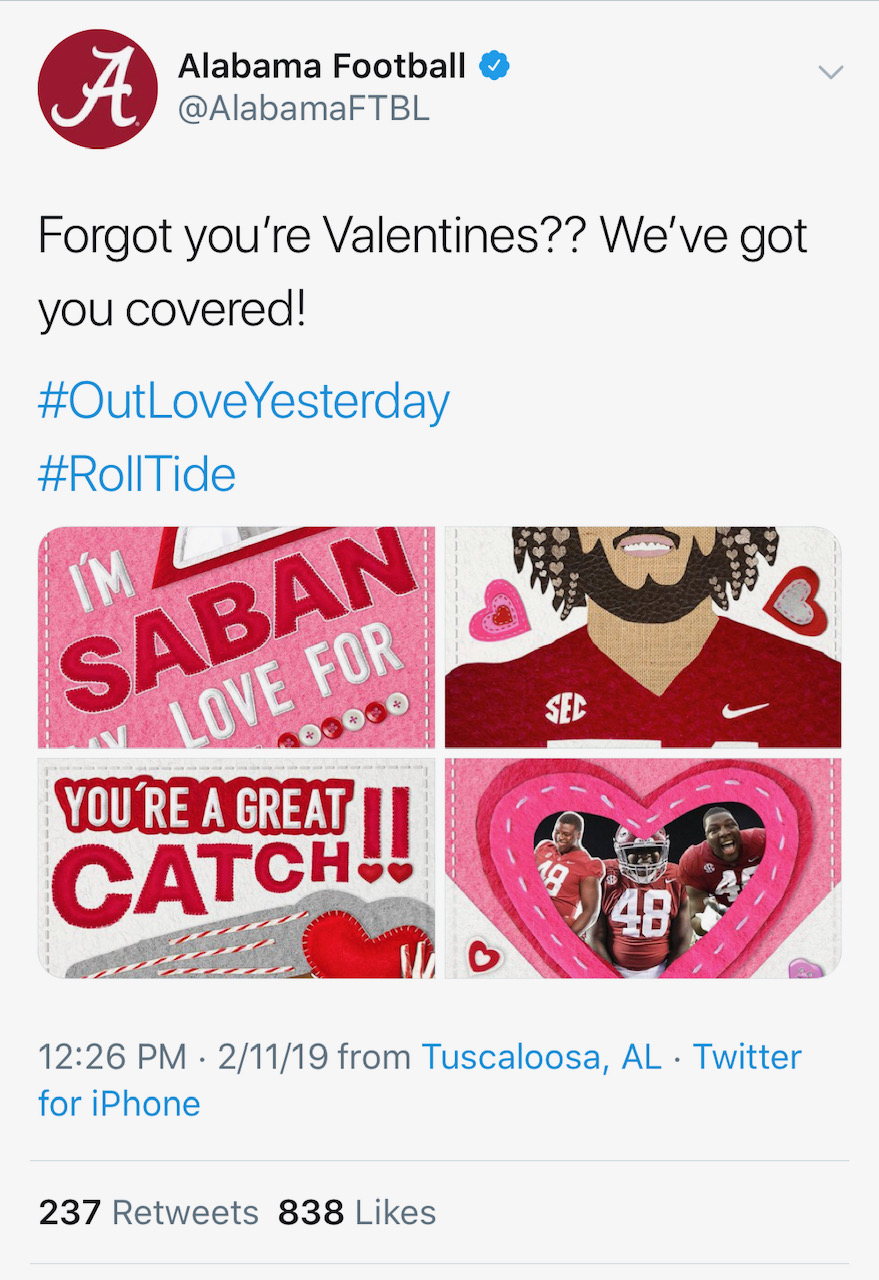 All I’m going to say is that this isn’t exactly the championship mentality that we’ve come to expect out of the Crimson Tide. First, they get smacked by Clemson in the title game and now they can’t even spell simple words on Twitter. What an incredible fall from grace. (RELATED: Clemson Beats Alabama For National Title)

That’s not what champions are all about. Do you see programs like Clemson and Wisconsin sending tweets like the deleted one above? I don’t think so.

Get better, Alabama. Get much better.