He suggested the high cost of the project made the idea a pipe dream.

Newsom dialed back anticipation for the project during California’s State of the State address. The Democrat suggested building a high-speed rail line between Bakersfield and Merced — a distance of 160 miles — rather than a project designed to connect the state’s two largest cities.

“Let’s level about the high-speed rail,” Newsom said. “Let’s be real, the current project as planned would cost too much and, respectfully, take too long. Right now, there simply isn’t a path to get from Sacramento to San Diego, let alone from San Francisco to L.A. I wish there were.”

Former Democratic Gov. Jerry Brown’s plan would have cost nearly $77 billion and taken more than a decade to complete, according to recent estimates.

“Critics are going to say that’s a train to nowhere, but I think that’s wrong and that’s offensive,” said Newsom, who was elected after Brown was term-limited in November 2018. 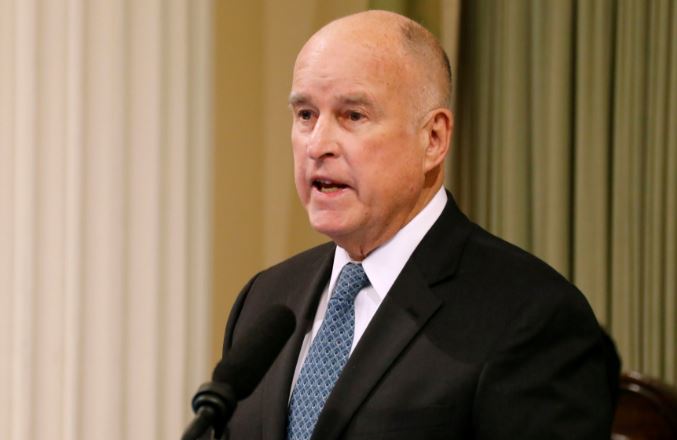 “Abandoning the high-speed rail entirely means we will have wasted billions and billions of dollars with nothing but broken promises … and lawsuits to show for it,” Newsom said, adding that he does not want to send the $3.5 billion in federal money allocated for the project back to the Trump administration.

The rail project has faced a lot of controversy throughout the years. Backers of a campaign to eliminate California’s most recent gas tax, for instance, pushed an initiative in 2018 directing Brown to halt the high-speed rail project and use any unspent funds on road improvements. (RELATED: California’s Gas Tax Opponents Push A Unique Way To Pay For Road Fixes)

The new ballot initiative would have required any funds not needed for repaying rail bonds instead go to other transportation work. Supporters said the measure staves off criticism that eliminating the state’s recent pricey gas tax makes it more difficult to make infrastructure improvements.

Newsom’s decision to ditch the project comes at an awkward time for Democrats. A document posted online fleshing out elements of the so-called Green New Deal suggests Democrats are looking to “[b]uild out highspeed rail at a scale where air travel stops becoming necessary.”

Some conservatives in the state are upset that the project will continue to exist in some form.

“Make no mistake about it: Gov. Gavin Newsom’s announcement today is not about killing the wasteful High-Speed Rail Project, it is about keeping it very much alive,” Carl DeMaio, chairman of Reform California, said in a press statement Tuesday. “Newsom wants to spend tens of billions on a rail line between Merced and Bakersfield — a complete waste.”