Cardi B has deleted her Instagram account following an expletive-laced rant defending her Grammy win for Best Rap Album at the 61st Grammy Awards Sunday night.

It all started after BET tweeted about the 26-year-old singer’s win for “Invasion of Privacy” album and Nicki Minaj, “Meanwhile, Nicki Minaj is being dragged by her lacefront,” the network wrote, per Page Six Tuesday. (RELATED: Tomi Lahren Responds To Cardi B’s ‘Dog Walk’ Threat) 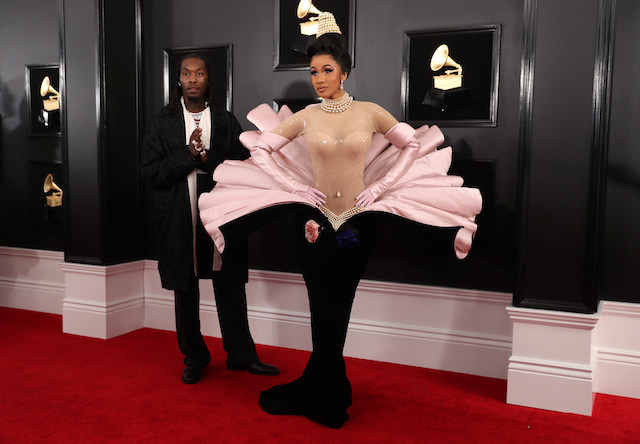 In response, the “Money” rapper hit back against the network and those who thought she didn’t deserve the honor. It was captured by a fan account before being deleted.  (RELATED: Tomi Lahren Hits Back After Cardi B Threatens To Get Her Leash Once Again)

Cardi B reveals that she does not support BET’s aim at Nicki Minaj and defends herself from haters discrediting her #GRAMMYs win. pic.twitter.com/ZA1nKoiuUO

“It’s not my style for people to put other people down to uplift somebody else,” the “I Like It” hitmaker shared. “That’s not my type and that’s not what I’m with. I don’t support that.”

She then went on to explain how she “fucking” worked her “ass off” in the studio for “three months” while she was even pregnant at the time.

“I locked myself in the studio for three months, my n—–. Didn’t went to sleep in my bed sometimes for four days straight — pregnant!” the Grammy-winning rapper shared. “While everybody was harassing me like, ‘You’re not gonna do it, we know you pregnant, your career’s over…'”

BET has since issued an apology to Nicki Minaj, pledging an internal investigation into the remarks.

An apology to @NickiMinaj, her fans and all our readers: https://t.co/VVzuQybtbH pic.twitter.com/AUAEUfCSZh