Fervid speculation as to Justice Ruth Bader Ginsburg’s well-being was set off in December when the Supreme Court abruptly announced that she was being treated for lung cancer.

Though a positive prognosis has since allayed the worst fears of Ginsburg’s admirers, her continued struggles broach important but little-discussed questions about judicial fitness in an era when unprecedented longevity often entails sudden declines in mental and physical faculties.

Those questions are hardly theoretical: The modern history of the Supreme Court is replete with examples of real or perceived incapacity among the justices, who alone decide when to leave active service.

Ginsburg had two cancerous nodules removed from her lungs at the Sloan Kettering Memorial Cancer Center in December 2018, in a procedure called a pulmonary lobectomy. The cancerous growths were discovered when Ginsburg was hospitalized for rib fractures resulting from a fall in her chambers at the high court.

Doctors have since pronounced Ginsburg in excellent health, telling reporters there are no indications of remaining disease following her December surgery. The justice was reportedly seen for the first time since the procedure at the National Museum of Women in the Arts in Washington on Feb. 4 for an event honoring her life and professional accomplishments. She may return to the bench as soon as Feb. 19, when the Court will hear a new round of cases.

Incapacity can take many forms, which are not triggered by physical disease or advanced age, as has occurred with Ginsburg. Such was the case of Justice Charles Whittaker, the 56-year-old Kansan that President Dwight Eisenhower elevated to the high court in 1957, whose travails were thoroughly documented in Professor David Garrow’s 2000 article in the University of Chicago Law Review “Mental Decrepitude on the U.S. Supreme Court”.

Whittaker’s deterioration continued in fits and starts in the years that followed, according to Garrow’s research. A worsening crisis climaxed in February 1962 as the Court contemplated a landmark gerrymandering case, Baker v. Carr. Amid the mounting pressure of those deliberations, the justice retreated to the seclusion of a Wisconsin cabin. (RELATED: Supreme Court Allows Execution Of Muslim Man Denied Company Of His Imam)

Whittaker returned to the capital three weeks later, distraught and considering suicide. He was admitted to Walter Reed Hospital on March 6. Chief Justice Earl Warren and a panel of doctors entreated Whittaker to retire, which he did on March 28, having served two months as a justice despite total psychiatric collapse.

He left judicial service a diminished figure, having managed just eight majority opinions in his five years as a justice, a trifling figure for a prodigious court. 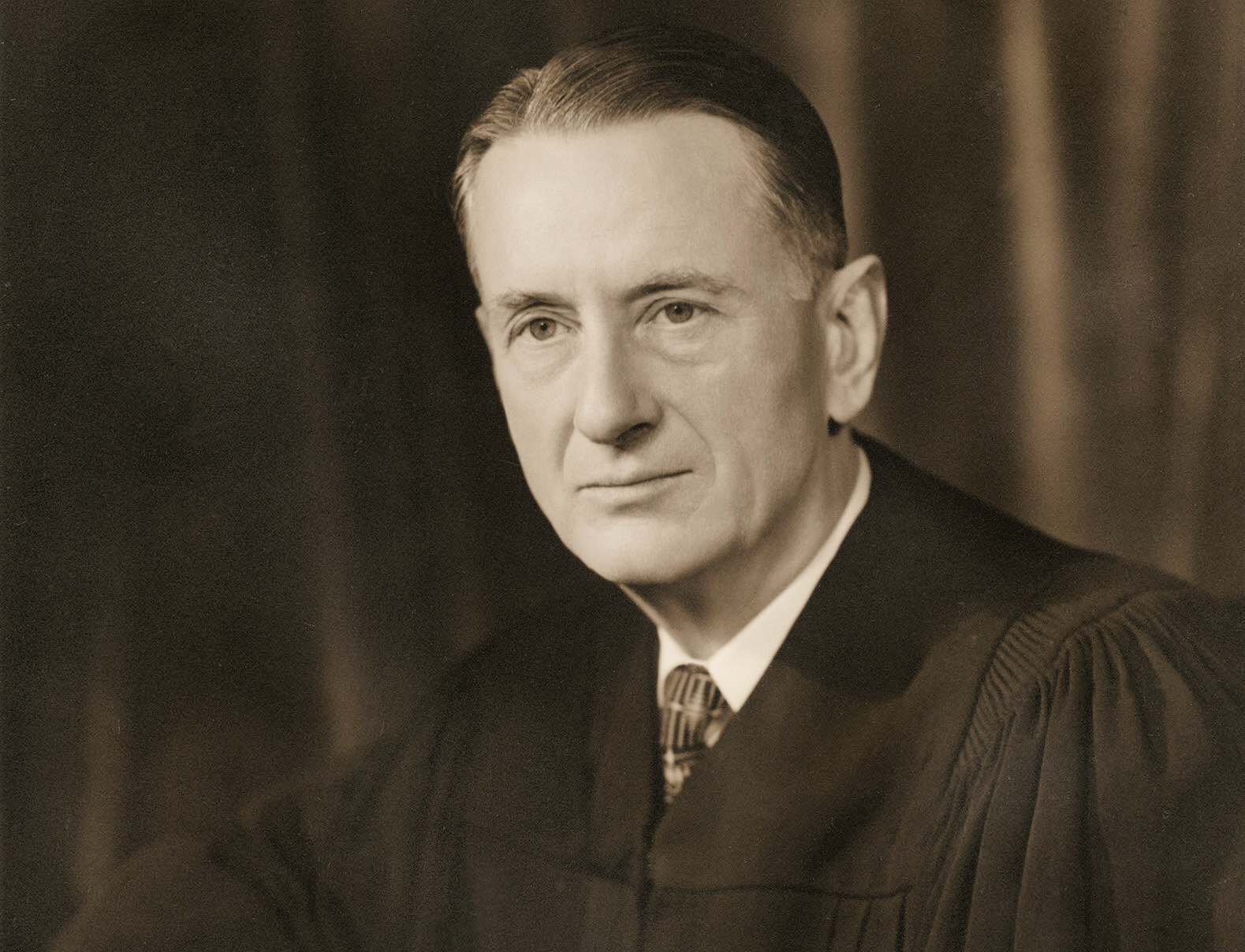 Justice Charles Whitaker in April 1957. (Photograph by Abdon Daoud Ackad, Collection of the Supreme Court of the United States)

A similar, if less frightening, incident arose in 1981, when Justice William Rehnquist appeared impaired during oral arguments throughout the fall and winter. The justice frequently slurred his speech and struggled to summon certain words, creating the impression of serious impairment.

Rehnquist’s condition was a function of his ongoing addiction to Placidyl, a powerful sleeping agent he took to alleviate acute back pain. Though Placidyl is usually prescribed over limited time spans, Rehnquist used the drug for a decade, often in significant excess of prescribed amounts. He was voluntarily admitted to George Washington University Hospital on Dec. 27, 1981 to undergo detoxification.

Though the hospitalization appeared in contemporary press accounts, the full extent of the experience was not fully understood until the FBI released its confidential files on Rehnquist after his death in 2005, which The Washington Post obtained and summarized in 2007. (RELATED: Roberts Joins Liberals To Block Louisiana Abortion Law)

Hospital personnel later told the FBI that Rehnquist suffered from hallucinations and paranoid delusions as withdrawal became acute. Among the fantasies the Post describes was Rehnquist’s unfounded fear that the CIA was plotting against him. On a separate occasion, he attempted an escape, appearing in a hospital lobby in pajamas.

Once the detoxification was complete, the attending physicians said the justice could return to the Court at full function. The issue was not broached when he was elevated to the chief justiceship in 1986. There is no evidence that the experience ever affected Rehnquist’s work on the high court. 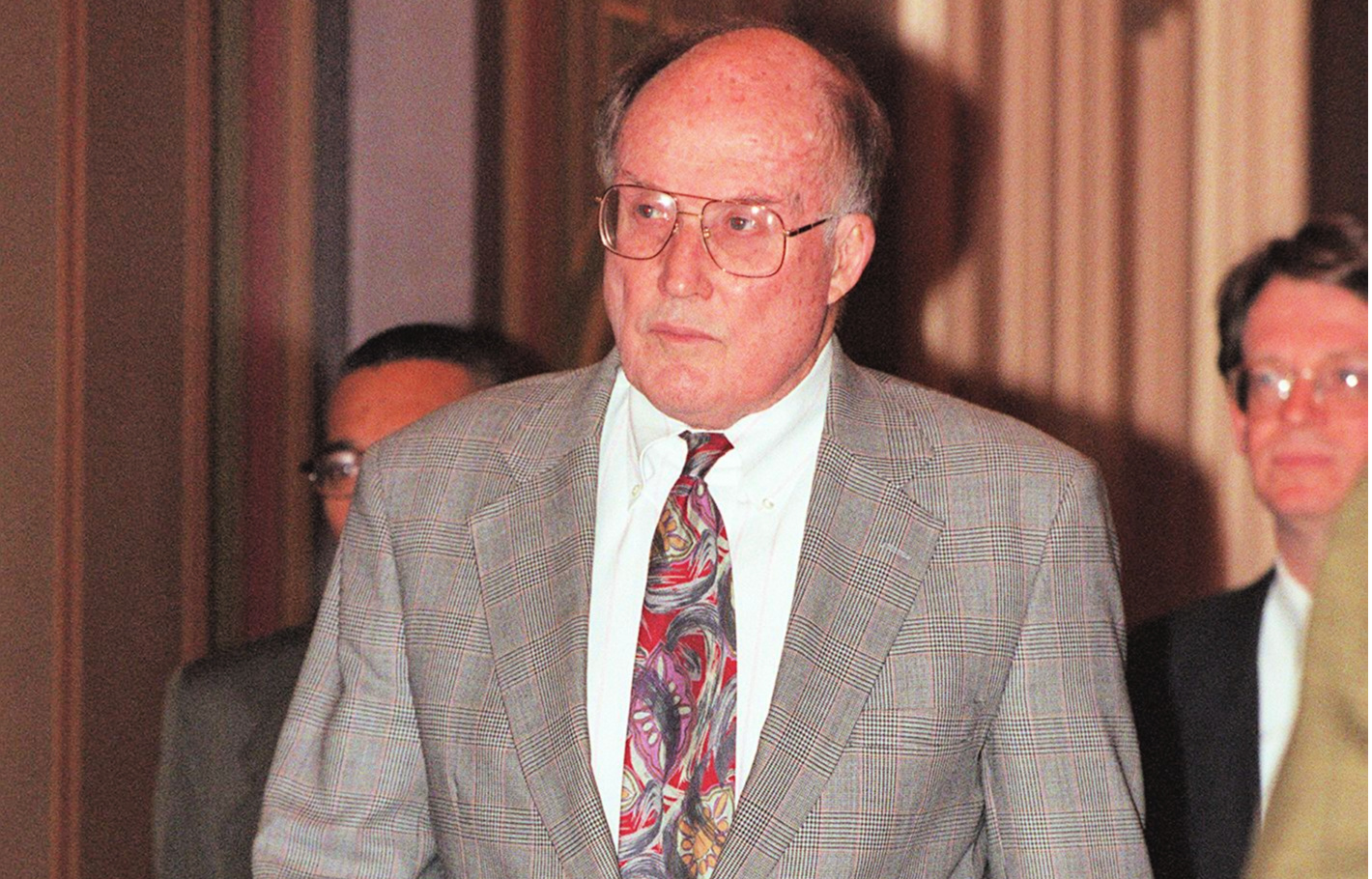 Chief Justice William Rehnquist arrives at the U.S. Capitol on January 28 for the day’s proceedings in the impeachment trial of President Bill Clinton. (Tim Sloan/AFP/Getty Images)

A devastating account of Justice Thurgood Marshall’s fitness during the last years of his tenure appeared in 1998, when Edward Lazarus published his inside account of the Supreme Court’s internal operations called “Closed Chambers“. Lazarus clerked for Justice Harry Blackmun during the 1988-1989 term.

Lazarus’s assessment, which appears in Garrow’s article, suggests Marshall was somewhat addled in the twilight of his career. The charge is all the more alarming in that Marshall tended to delegate liberally to his law clerks. One particular report touches a deeply disturbing scenario: a death penalty case in which a compromised justice casts the decisive fifth vote.

The case, Lankford v. Idaho, asked whether a defendant’s due process rights were violated after his trial judge imposed the death penalty, despite the fact that prosecutors had previously informed the defense they would not seek execution. As such, defense lawyers had not entered mitigating evidence which could have helped the defendant evade capital punishment into the record.

For the first time in his career, Marshall, a committed death penalty abolitionist, voted against a capital defendant and joined his conservative colleagues to affirm the sentence. The Court broke 5 to 4 on the decision, making Marshall’s vote decisive. He later changed his vote after furious lobbying from one of his law clerks.

“Marshall’s health, deteriorating for many years, had continued to slip,” Lazarus wrote in his book. “His eyes were failing, his breathing ever more labored, and he had taken a nasty fall that put him in the hospital for several days. In truth, Marshall was no longer up to his responsibilities, or even the appearance of being up to them. Without [Justice William] Brennan’s lead to follow he made mistakes, some embarrassing.”

Scholars who assessed Marshall’s deliberating in the Lankford case are much less harsh in their judgments than Lazarus, though none believe the justice acquitted himself especially well.

Despite its periodic encounters with judicial disability, the Supreme Court has no official mechanism for assessing the mental or physical health of a justice. What’s more, short of impeachment, there is no process to remove a justice who is medically impaired, as with a coma or Alzheimer’s disease.

Fix the Court, a nonpartisan watchdog that advocates for increased transparency at the high court, said the judiciary should take steps to promote awareness and accountability among judges about mental degeneration.

“Removing a federal judge or Supreme Court justice is difficult, and it should remain that way,” Fix the Court executive director Gabe Roth told The Daily Caller News Foundation. “Instead of focusing on removal, I think the judiciary should proactively establish programs that could help identify and mitigate cognitive decline in judges before we get to this point of public questioning.”

Roth noted that several federal appeals courts have established so-called wellness committees or advisory boards that encourage regular cognitive assessments for judges and host medical experts at judicial conferences. He also suggested that term limits for the justices would mitigate against mental or physical decline.

“Term limits would not eradicate the potential for cognitive decline completely, of course, but the public would rest easier knowing that a potentially impaired justice would have a duly established, and pending, retirement date,” Roth said.

Proposals for a mandatory retirement age usually fall somewhere near age 75. Justice John Paul Stevens served on the Supreme Court until age 90. He left after fumbling his dissent in the 2010 Citizens United case as he read it from the bench. Doctors determined he had suffered a mini-stroke.