McGrath, a Democrat, lost to incumbent Republican Kentucky Rep. Andy Barr by more than three points in the 2018 midterm election. Schumer reportedly sees the one-time candidate as having the potential to pressure McConnell, who has held his Kentucky seat since 1984, according to Ballotpedia.

Nothing’s set in stone yet, but McConnell’s team is already preparing for a race against McGrath with opposition research, super PAC funding and more, according to Politico. (RELATED: Mark Kelly Announces His Next Mission: US Senate Campaign In Arizona)

McGrath lost to Barr despite outraising him by more than $3 million dollars, according to the Center for Responsive Politics. 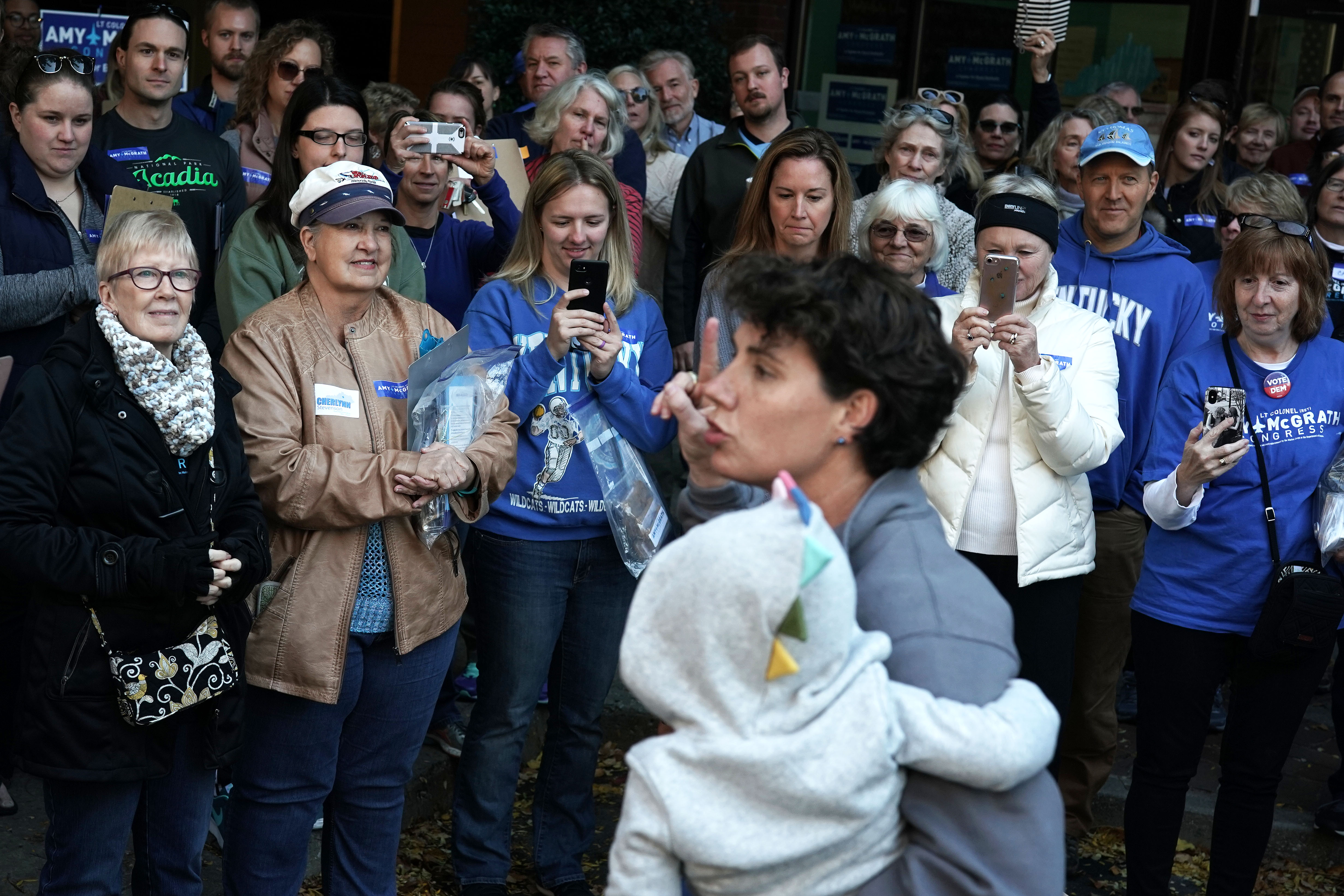 Republicans painted McGrath, who grew up in Kentucky, as a “Pelosi liberal,” reported The Hill. The Democrat hit back with ads touting her reputation as the first female Marine to fly in an F-18 in combat.

“After 89 combat missions, there’s nothing a party leader can say that can force me to do anything,” McGrath said in one ad. “Congressman, how about you?”

McGrath faced criticism after she compared President Donald Trump’s electoral victory to the Sept. 11, 2001, terror attacks in a video released in June.

“And then, of course, the results of the election, we have a new commander-in-chief,” McGrath said in the video. “And that morning I woke up like somebody had sucker punched me. I mean, I felt like, ‘what has just happened to my country?'”

“The only feeling I can describe that’s any close to it was the feeling I had after 9/11. ‘What just happened, where are we going from here,’ and it was that just sinking feeling of sadness, and I didn’t know what to do,” she continued.