It was revealed in the wake of Minnesota Democratic Rep. Ilhan Omar’s most recent controversy that Jewish leaders in Minneapolis had approached her a year ago to discuss her history of making anti-Semitic tropes.

“Over the course of about two hours, we shared with her our concerns for things, including language that has references and meanings beyond just the meanings of words,” said state Sen. Ron Latz, who serves in the Minnesota legislature, in a statement to the Pioneer Press. “Tropes, dog whistles — call them what you will. We explained to her how hurtful, and factually inaccurate, they were.”

Latz was referring to a conversation he had with Omar about a year ago. The state senator invited Omar to his home to speak to a number of leaders in Minneapolis’s Jewish community. The conversation, which lasted around two hours, was meant to address concerns many of them had with Omar’s past comments.

“We wanted to reach out to her,” Latz continued to Pioneer Press. “We were a bit troubled about several things she had said.”

Members of the Jewish community were particularly concerned at the time with a 2012 tweet Omar wrote, saying that “Israel had hypnotized the world, may Allah awaken the people and help them see the evil doings of Israel.” The conversation, according to Latz, was meant to help Omar better understand longstanding tropes against Jewish people.

However, the conversation did not appear to go well.

“But we were glad she met with us, and we were hopeful she would be more careful about what she tweeted and she said if she got elected. Frankly, I was hopeful she’d grow in office a little, and understand the media platform she has,” Latz stated. “Instead, she keeps repeating her mistakes, if you can call them that.” 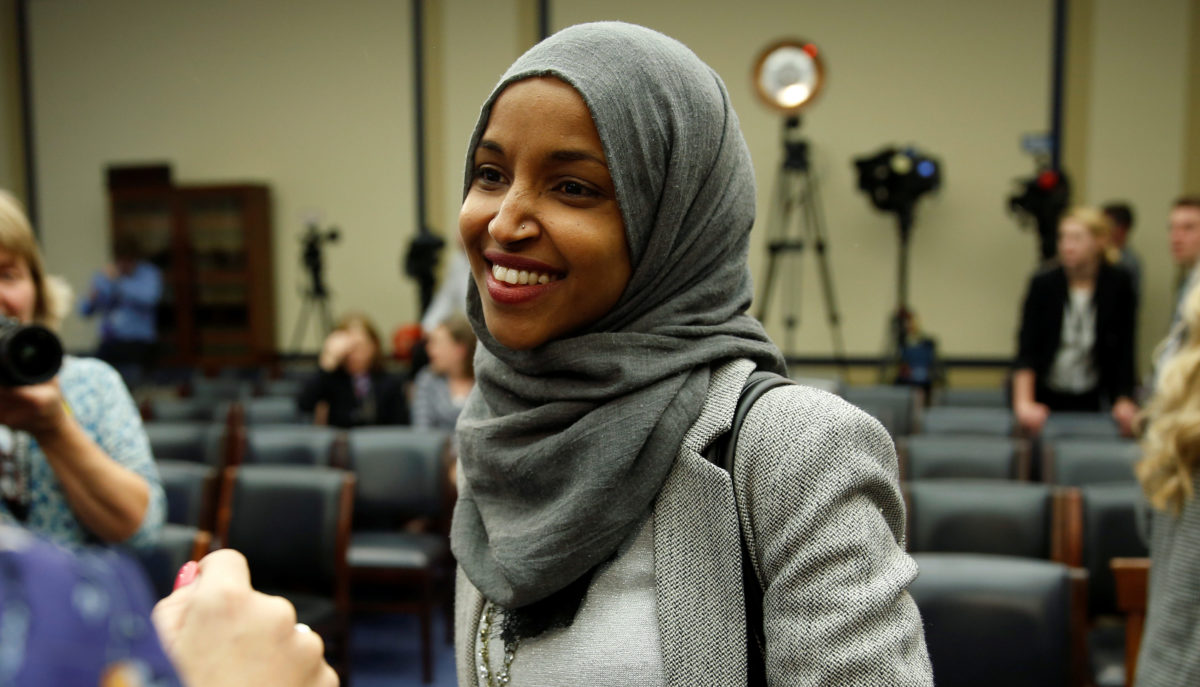 Representative-elect Ilhan Omar (D-MN) speaks to the media after a lottery for office assignments on Capitol Hill in Washington, U.S., November 30, 2018. REUTERS/Joshua Roberts

Latz’s recollection of the conversation came after Omar — who opened up a firestorm of criticism for anti-Semitic comments in February — apologized and claims to have been educated by “Jewish allies and colleagues” regarding hateful language.

The Somali-born Democrat tweeted Sunday night: “It’s all about the Benjamins baby.” The comment suggested that U.S. lawmakers were being paid to support Israel. Omar tweeted “AIPAC!” when asked for clarification on who exactly was paying congressmen. (RELATED: Rep. Rashida Tlaib Wrote Column For Nation Of Islam Publication)

The tweets received widespread, bipartisan condemnation, including from President Donald Trump and House Speaker Nancy Pelosi. Vice President Mike Pence said Tuesday that such language did not belong on the House Foreign Affairs Committee, a committee that Omar currently serves on.