“I am writing to express my concern over a recent decision by USA Powerlifting to bar participation by my constituent, Ms. Jaycee Cooper, because she is transgender,” the note reads. “While I do not have jurisdiction over this matter as a US Congresswoman, I am sending this letter to Minnesota Attorney General Keith Ellison with a recommendation that he investigate this discriminatory behavior.”

While Ellison agreed with Omar’s sentiment, he also stated, in an email to The Daily Caller, that he has no jurisdiction to investigate.

“Discrimination against transgender people is wrong and abhorrent,” Ellison said. “The best remedy available to Ms. Cooper under Minnesota’s Human Rights Act is to file a complaint with the Minnesota Department of Human Rights. Whether the Attorney General could directly take on a case like this is untested.”

Christine DuFour, the director of communications and community relations for the Minnesota Department of Human Rights (MDHR), agreed with Ellison’s assessment.

“I can confirm the jurisdictional issue,” DuFour said.

DuFour said a complaint can be filed with her office, but it must be done by the alleged victim, in this case Cooper.

Also, “the time limit for filing a charge with MDHR is one year from the date of the incident,” she said. 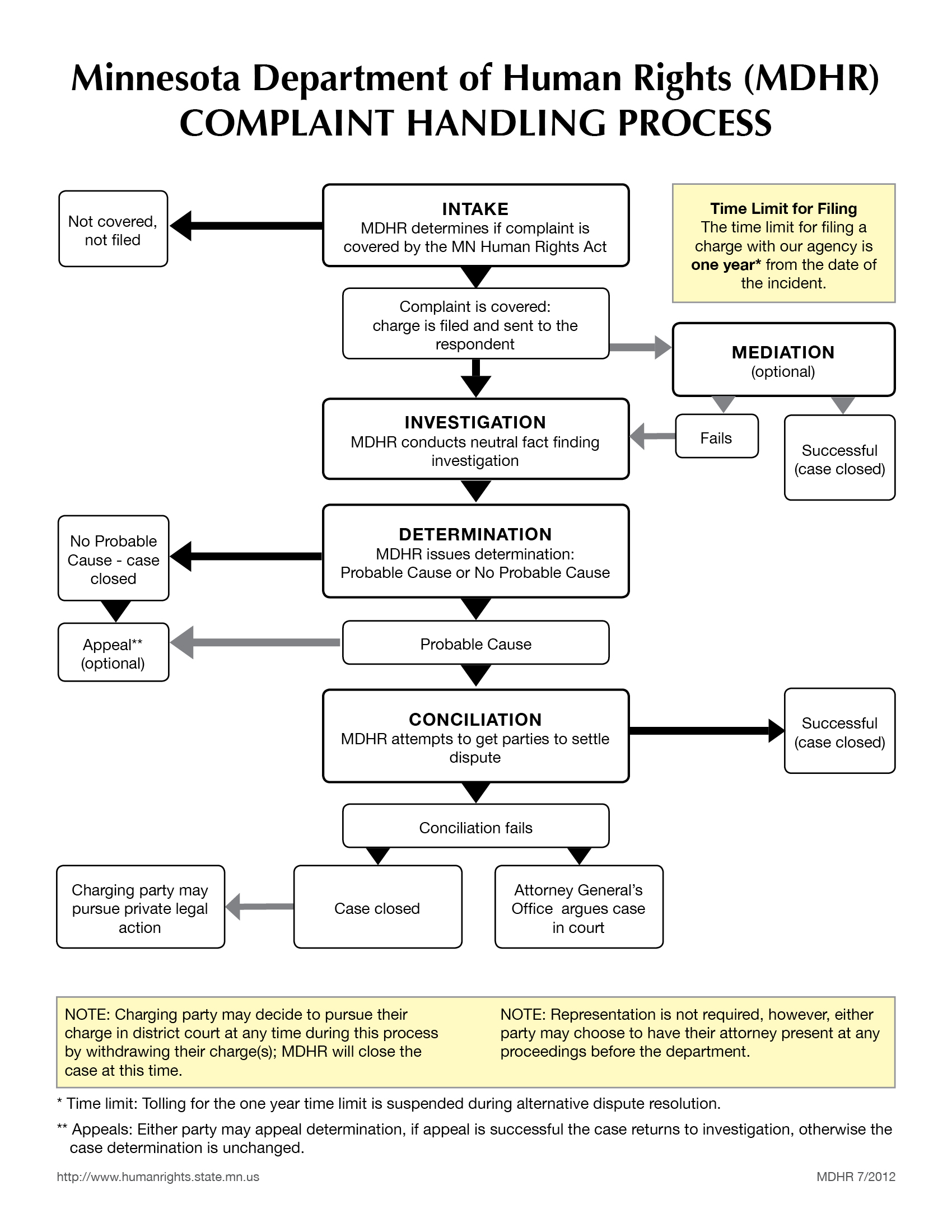 Prior to serving in the U.S. Congress, Omar served in the Minnesota House of Representatives for one term.

“The Office provides legal representation to over 100 state agencies, boards, and commissions and represents the State of Minnesota in state and federal court and administrative hearings,” according to its website. “In some cases, the Office provides legal assistance to rural county prosecutors in major felonies and criminal appeals. The Office enforces state consumer protection and antitrust laws, regulates charitable institutions, and advocates for people and small businesses in utilities matters.”