One year after a mass shooting at a high school in Parkland, Florida, educators at the school have some strong thoughts about the idea of arming teachers in the classroom.

The Marjory Stoneman Douglas Public Safety Commission looked back at what happened on Feb. 14, 2018 at Marjory Stoneman Douglas high school when 19-year-old Nikolas Cruz opened fire and killed 17 people. One of the proposals released last month from the commission concluded that teachers should be armed. (RELATED: The Government Repeatedly Failed To Stop The Parkland Shooter) 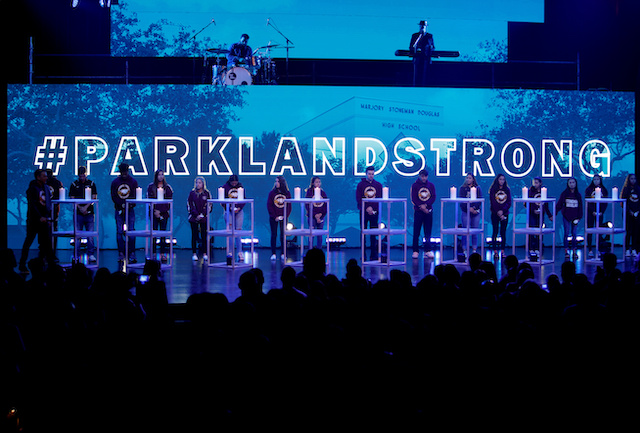 Local students, including some from Marjory Stoneman Douglas High School in Parkland, participate in a vigil for victims of the school shooting, at the Church By The Glades megachurch in Coral Springs, Florida, U.S. February 18, 2018. REUTERS/Jonathan Drake

Eight teachers at the school were interviewed by MarieClaire.com for a piece published Tuesday, in which they expressed the pros and cons of arming teachers.  (RELATED: Chicago Cubs Star Calls For Change At Candlelight Vigil For School Shooting)

And she wasn’t the only one. The majority of the teachers the outlet spoke to said what was needed instead is more funding for things like school supplies, technology, better pay and increased funding for mental health. They also argued that “experienced administrators and trained law enforcement officers did not correctly respond on that tragic day,” so it is hard to see how arming teachers would not prevent similar massacres. (RELATED: Chelsea Handler Blames Republicans For School Shooting)

However, there were teachers who said that “the reality of our world” now means teachers need to have it as an option.

“We cannot rely on government entities to keep us safe,” Lisa Chauvin, AP Psychology teacher explained. “The multiple failures that led to the massacre at MSD showed us that. So if all else fails, I believe a teacher, as the last line of defense, should be able to be armed. Those interested teachers should be required to go through training and certification by law enforcement.”

And Ronit Reoven, who teaches AP Psychology, could not have agreed more, after his classroom was “shot into” when the “gunman shot four of my students: one killed instantly and three wounded.”

“I know for a fact if the security staff that was killed on the first floor was armed, the gunman would have been brought down or even killed and the precious lives that were lost on the third floor would still be here today,” Roeven said. “He would have never made it up to the third floor. If our own cop didn’t do his job in protecting us, I’m certain someone else that was armed would have. But there was no one else. So here we are. With 17 dead.”